Ladies, Are You Smearing Toxic Metals On Your Lips Every Day? 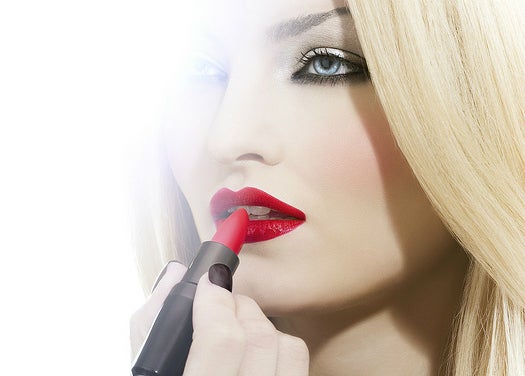 A new study from the University of California, Berkeley and the Oakland, Calif.-based nonprofit Asian Communities for Reproductive Justice might make us rethink sexy red lips. According to the paper published online today in Environmental Health Perspectives, many lipsticks actually contain toxic metals.

Since the 1990s, reports of lead traces in lipsticks have caused periodic alarm and even spawned rumors that you could detect lead levels with the help of a gold ring. This study analyzed metal content in 32 lipsticks and lip glosses commonly used by a sample of young women in ACRJ’s Youth Program and found that many contained levels of heavy metals, that, though small, could become problematic with regular exposure.

It’s essentially impossible to wear a lip product without ingesting small amounts. Based on previous data, the researchers estimated that with average use (applying it twice a day), wearing lipstick involves ingesting about 24 mg of the product per day, and up to 87 mg with high use. Acceptable daily intakes for the metals were calculated based on existing public health standards like EPA drinking water standards.

The U.S. doesn’t currently have content standards for metals in cosmetics, but the European Union has banned any level of cadmium, chromium (both established carcinogens) or lead in makeup products as part of its Cosmetics Directive.

The results of the preliminary study showed all of the products contained manganese, and most contained high levels of titanium and aluminum. High levels of manganese have also been linked with neurological disorders, though it’s an essential nutrient found in nuts, whole grains and pineapples. Average use of 10 of the 32 products would lead to more than the acceptable daily intake of chromium.

Many also contained lead, though study author S. Katharine Hammon told USA Today that “lead is not the metal of most concern.”

The researchers detected lead in 75 percent of the lipwear. However, even at high use the estimated intake was lower than the acceptable daily intake. In 2011, fears over potential lead content in lipsticks led the FDA to examine 400 products on the market, finding that the products had acceptably low levels of lead. The agency does not consider the levels of lead ingested through lipstick to be dangerous, and doesn’t set limits on acceptable lead levels in cosmetics, though there are maximum levels specified for certain color additives.

There weren’t any observed links between metal content and brand, color or cost. The tested products ranged in price from a little more than $5 to $24. No product names were revealed, though other studies, including the FDA’s, have revealed data related to specific brands.

The study’s authors conclude more research is needed to evaluate the health risks of metals in lipsticks. They suggest that we should be regulating toxic metals in cosmetics, as the European Union already does. “Some of the toxic metals are occurring at levels that could possibly have an effect in the long term,” Hammond said in a press statement.