Brain Cells Will Control The Power Plants Of The Future

Living neurons are coming up with better solutions for electricity distribution than people can. 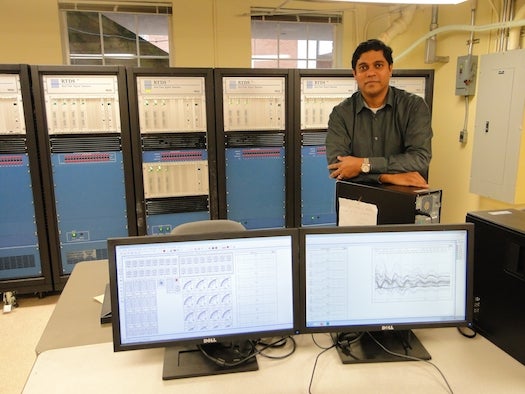 Talk about a mind meld. Researchers have hooked up living brain cells, grown in a petri dish, to a computer.

The computer runs a simulation of a power plant and sends the neurons problems about electricity distribution. Scientists then take the solutions the brain cells come up with as possible equations for controlling the U.S. electrical grid in the future. (Actual solutions for controlling electricity around the U.S. wouldn’t use living neurons; they would just use computer code written after scientists studied what the neurons came up with.)

“In a lab, in simulation studies, we have shown that we can intelligently control a power plant with such biologically inspired neural networks,” Kumar Venayagamoorthy, one of the project scientists, tells Popular Science. Venayagamoorthy is an engineer at Clemson University in South Carolina. A lab-grown network of neurons, he says, “learns the dynamics of the power plant and based on the learned dynamics, it’s able to predict future states.”

Venayagamoorthy and his colleagues, including engineers at Clemson and neuroscientists at the Georgia Institute of Technology, are trying to create new equations that will make the U.S. more energy efficient. Right now, power plants around the U.S. are linked to each other and to buildings and houses. That whole network is called the power grid.

That infrastructure is getting old, however, and many researchers are hoping to replace it with more sophisticated connections that can do things like go around a transmission line downed by a storm, or give homeowners more detailed stats about their hour-to-hour electricity use. Such sophisticated features will need complex computer code to control them.

Venayagamoorthy says he’s specifically looking for equations to control power generation and transmission. He and his colleagues started their research into neuron-controlled power plants in 2008.

He thinks he’ll have a system ready to demonstrate to utility companies in two or three years. After that, if the companies like what they see, the scientists will have to do more research to make it commercially viable before it goes into the actual grid that hooks up to Americans’ homes—a process that may take more than a decade.