How Much Power Does The Human Brain Require To Operate?

Simulating the brain with traditional chips would require impractical megawatts of power. One scientist has an alternative 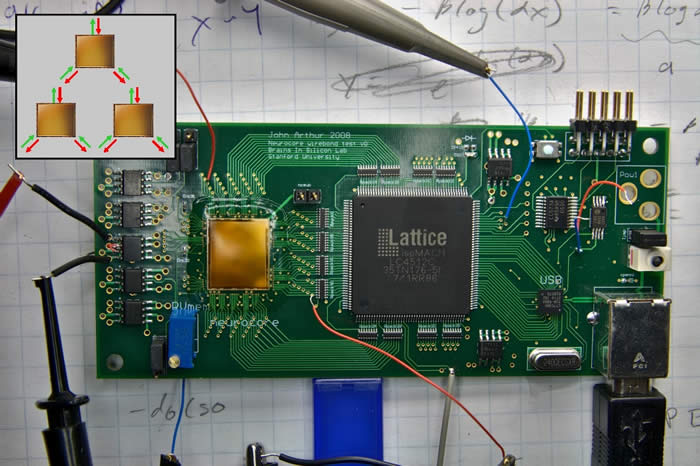 According to Kwabena Boahen, a computer scientist at Stanford University, a robot with a processor as smart as the human brain would require at least 10 megawatts to operate. That’s the amount of energy produced by a small hydroelectric plant. But a small group of computer scientists may have hit on a new neural supercomputer that could someday emulate the human brain’s low energy requirements of just 20 watts–barely enough to run a dim light bulb.

Discover Magazine has the story on how the Neurogrid computer could completely overhaul the traditional approach to computers. It trades the extreme precision of digital transistors for the brain’s chaos of many neurons firing, with misfires 30 percent to 90 percent of the time. Yet the brain works with this messy system by relying on crowds of neurons to shout over the noise of misfires and competing signals.

That willingness to give up precision for chaos could lead to a new era of creative computing that simulates the unpredictable patterns of brain activity. It could also represent a far more energy-efficient era — the Neurogrid fits in a briefcase and runs on what amounts to a few D batteries, or less than a watt. Rather than transistors, it uses capacitors that get the same voltage of neurons.

Boahen has so far managed to squeeze a million neurons onto his new supercomputer, compared to just 45,000 silicon neurons on previous neural machines. A next-generation Neurogrid may host as many as 64 million silicon neurons by 2011, or approximately the brain of a mouse.

This new type of supercomputer will not replace the precise calculations of current machines. But its energy efficiency could provide the necessary breakthrough to continue upholding Moore’s Law, which suggests that the number of transistors on a silicon chip can double about every two years. Perhaps equally exciting, the creative chaos from a chaotic supercomputer system could ultimately lay the foundation for the processing power necessary to raise artificial intelligence to human levels.