FYI: Will Listening to Mozart Really Make Me Smarter?

Yes, but no more than listening to Justin Bieber. The misconception that there’s something unique about Mozart’s ability to increase... 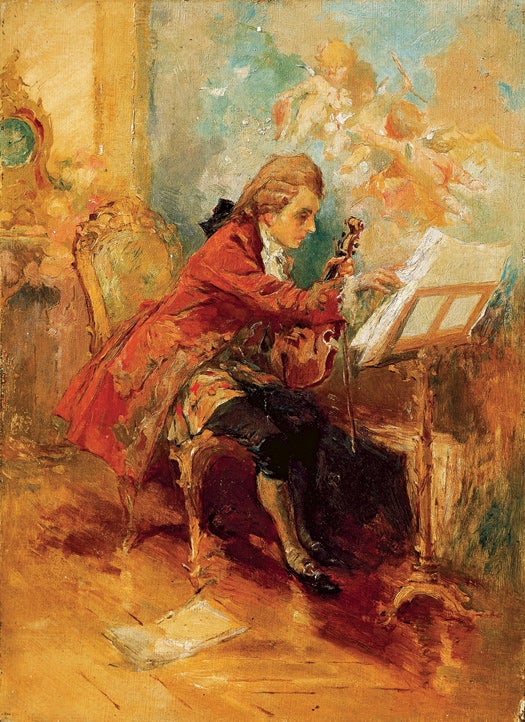 Yes, but no more than listening to Justin Bieber. The misconception that there’s something unique about Mozart’s ability to increase brainpower began in 1993, with a paper in Nature. Neurobiologists Gordon Shaw, Frances Rauscher and Katherine Ky of the University of California at Irvine found that students who listened to 10 minutes of a Mozart sonata demonstrated a temporary increase in spatial-temporal reasoning, as measured by an IQ test. The public seized on the romantic idea that listening to Mozart would make them smarter, and Don Campbell, a teacher and music educator from Texas, capitalized on the notion with an international bestseller, The Mozart Effect.

But Glenn Schellenberg, a professor of psychology at the University of Toronto, says that there is no Mozart effect. Any number of experiences besides listening to music might improve cognition. Most people find the music of Mozart pleasant to listen to, and it might increase dopamine levels in the brain, which is generally thought to improve cognition. But “eating chocolate might have the same effect,” Schellenberg says.

In 2010, a team of Austrian researchers analyzed the results from 39 attempts to replicate the Mozart effect. In most, a group of subjects listened to a Mozart sonata before testing their spatial intelligence. Scientists then compared the results against a control group that had not heard music. The researchers’ findings were neatly summed up in their paper’s title: “Mozart Effect Schmozart Effect.”

Which isn’t to say that listening to music can’t give the brain a boost. Catherine Noelle O’Shea and David Wolf of the University of Texas Health Science Center in Houston recently found that doctors who listened to Mozart before screening patients for colon polyps found more polyps than those who didn’t. Classical music probably made the doctors feel good, thereby improving cognition. If the doctors had been Bieber fans, it might have been better to play them some of his hits.

Ask Us Anything
sound