And it's open source, so you can make your own at home. 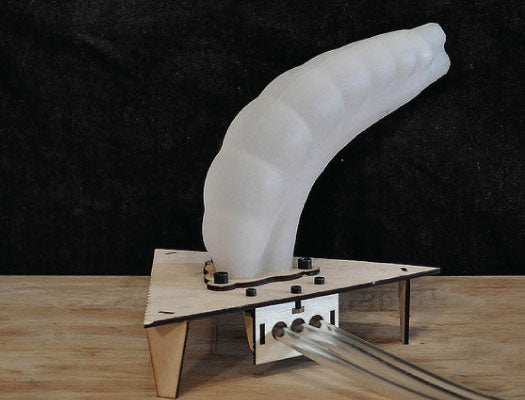 The fact that this soft tentacle robot bears such a striking resemblance to the male sexual organ is not entirely accidental: its maker, Matthew Borgatti, thinks that the “inflexible skeletal elements” used in state-of-the-art soft robots like Tuft’s bendy caterpillar are limiting “in terms of their softness, organic-ness, and mimicry of nature.”

The silicone tentacle clearly fulfills all three of those criteria, but there’s one more clever aspect to the tentacle’s design: the particularly penile way it erects and moves. The thing is pneumatically powered. To animate it, Borgatti pumps air into one or more of the chambers inside its three silicone shafts. As the air pressure increases in one of the shafts, the tentacle rises and pulls in that direction.

Borgatti thinks totally soft robotics will prove useful as medical supports for people with carpal tunnel or stroke victims working to regain the use of an arm:

The internal structure of the robot also demonstrates its biomimetic properties: 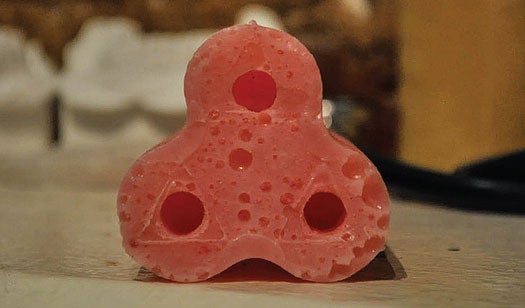 Compare to a cross-section of the human penis: 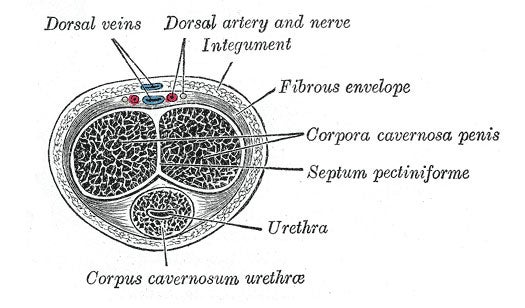 Cross-Section of the human penis

The entire thing–from the plans for the 3-D printed cast to the wiring and programming–is open source.