Who Supplies Apple With All Those Parts? [Infographic]

An interactive map of Apple suppliers around the world 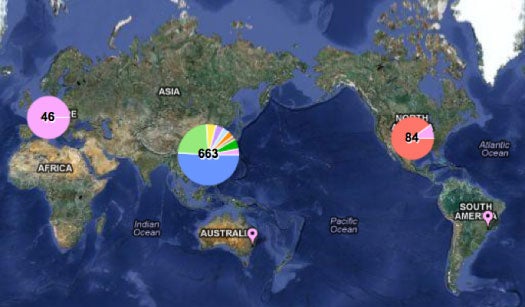 In an interview with Tim Cook last December, Bloomberg Businessweek asked the Apple CEO what it would take to “get Apple back to building things in the U.S.”

The question prompted Cook to share a little-known fact: the processor for the iPhone and iPad is already made in the U.S., he said, and so is the glass. “And next year,” Cook added, “we are going to bring some production to the U.S. on the Mac.”

How much production? Cook didn’t divulge the details, except to say that Apple is planning to invest $100 million in the move. That’s enough to be good news to American manufacturers, but–as today’s infographic shows–it’s not going to come close to shifting the global balance of Apple suppliers.

Using data provided by Apple, the Center on U.S.-China Relations created an interactive map of every major manufacturing location of “suppliers who provide raw materials and components or perform final assembly for Apple.”

You can explore the interactive for yourself here— zoom in on Texas to find the makers of the iPad processor, and pan over to Kentucky to find out who makes Apple’s glass. 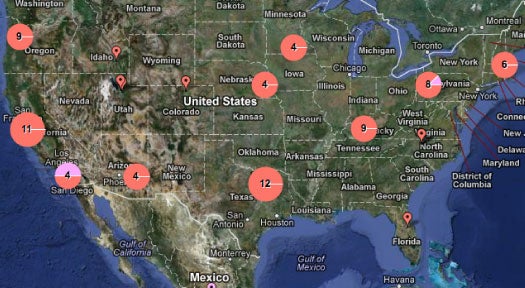 Apple Suppliers in the U.S.