Shutting down a brain receptor in mice — a receptor that also exists in humans — can block pathological rage,... 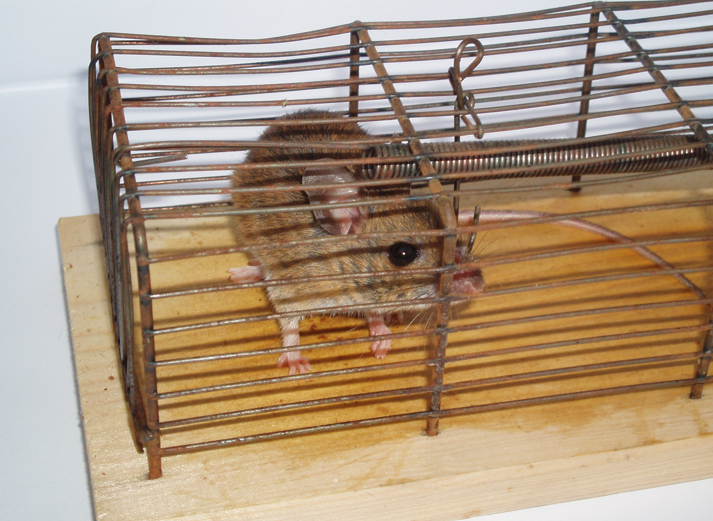 Shutting down a brain receptor in mice — a receptor that also exists in humans — can block pathological rage, a new study says. We didn’t realize that mice could experience pathological rage. But stopping it, and the impulsive violence that could result, would be a way to treat the types of aggression that are common in some neurological and psychological disorders in people.

Previous research showed that low levels of an enzyme called monoamine oxidase A is involved in aggression. If MAO sounds familiar, it may be because of MAOI, monoamine oxidase inhibitors. MAOs catalyze the uptake of serotonin, and inhibiting them can be used to fight depression. MAOIs are also used to treat anxiety, migraines and even Parkinson’s. MAOs are naturally occurring enyzmes, and mice (and men) who lack them respond violently to stress. This is especially true when the lack of MAO is combined with some type of traumatic event or neglect in early life.

Researchers led by Marco Bortolato at the University of Southern California worked with male mice that had been genetically modified to lack MAO A. They found that high levels of electrical activity were required to activate a brain receptor known as NMDA. By administering drugs that counteract NMDA, the researchers found the mice’s aggression tendencies were dampened. There were also no major impacts on the animals’ movement, or other major side effects.

The work shows that this malfunctioning receptor could potentially be blocked or altered with drugs to moderate aggression, the researchers found. This class of compounds could lead to new drugs for people with enhanced aggression, including those with Alzheimer’s, autism, schizophrenia and other disorders. Next is studying the potential side effects of drugs that can turn off this receptor, the researchers say. A paper describing the work appears in the Journal of Neuroscience.