Windshield-Mounted Optical Sensor Helps Cars See, Even When It’s Foggy or Dark Outside

Cars are already capable of driving and parking themselves while avoiding obstacles, but to do so, they need to see... 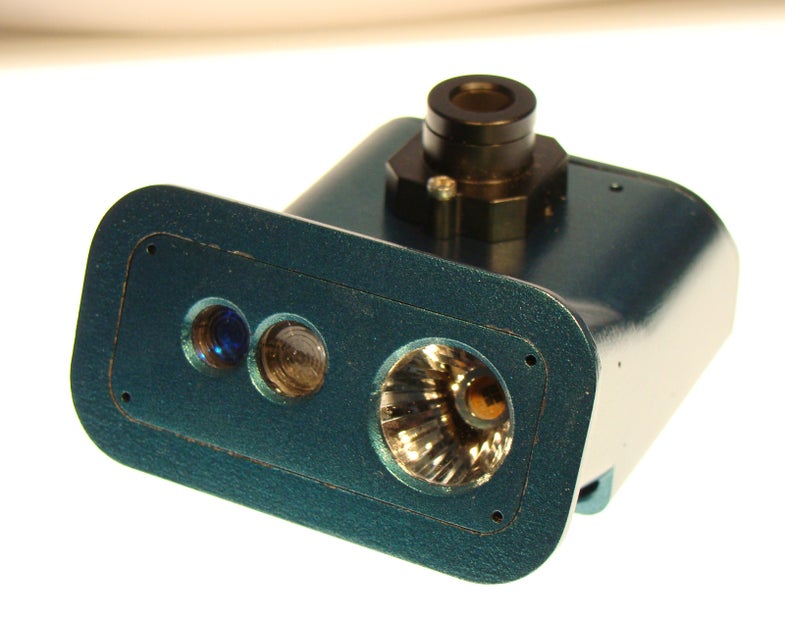 Cars are already capable of driving and parking themselves while avoiding obstacles, but to do so, they need to see their surroundings. How do you know whether you’re maintaining a safe distance from vehicles around you when it’s dark outside, or when headlights can’t penetrate the fog? A new class of small, sensitive optical sensors could help.

Researchers at Fraunhofer Labs in Germany are developing optical sensors that can be mounted between a car’s windshield and a rear-view mirror. The sensors collect images and analyze them to pick out hard-to-see spots, which can help a car when trying to park. The sensors can also determine weather conditions and ambient lighting, according to Fraunhofer. If a car knows it’s foggy outside, it can automatically turn on fog lamps or emergency flashers, helping the driver see and helping other motorists notice the vehicle.

Some pricey German cars have already been equipped with these systems, a Fraunhofer news release says. Researchers were determined to build a version that can last much longer — without burning out the LEDs and light detectors — enabling these types of sensors to become available in mass-market autos.

The system consists of a camera, an infrared LED and two sensors with Fresnel lenses, which are lightweight and thin but have a large aperture. The LED emits light waves that are scattered back in fog, but not in darkness, helping the car determine the conditions it’s driving in, according to Henning Schroeder, group manager at the Fraunhofer Institute for Reliability and Microintegration IZM in Berlin.

But the Fresnel lenses presented a special challenge. As Schroeder puts it, it’s difficult to capture a signal from such a broad aperture and send it to a computer chip for image processing. Typically, a system like this would use optical fibers, but the entire sensor is so small that the fibers would snap if engineers tried to twist them into place. Schroeder’s group is manufacturing special glass optics instead.

These “light pipes,” hollow mirrored tubes that can deflect light by as much as 90 degrees, can enable a much smaller system, which could be more easily integrated into passenger cars. The team figured out how to make the light pipes with a hot-stamping process that can easily be scaled up, Fraunhofer says.

Researchers at Centro Ricerche Fiat are now testing the sensors in the field, according to Fraunhofer. The work is funded by a European Union project.