Is everything in the universe made up of vibrating one-dimensional strings? For the first time, scientists think they can concretely... 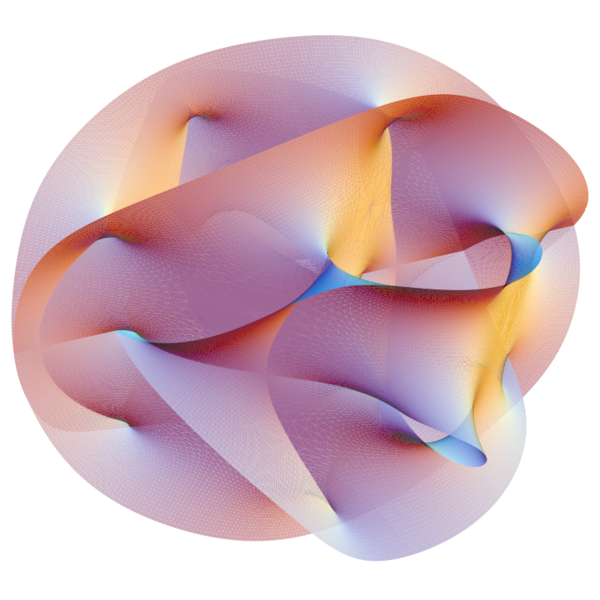 Is everything in the universe made up of vibrating one-dimensional strings? For the first time, scientists think they can concretely test string theory, the mind-blowing “theory of everything” that has dominated physics for the past two decades. It turns out that string theory predicts the behavior of entangled quantum particles, which can be tested in a lab — therefore testing string theory.

String theory elegantly reconciles the otherwise competing rules of quantum mechanics and general relativity. It’s the most widely accepted unified field theory, but it remains controversial. It basically posits that electrons and quarks are not objects, but one-dimensional strings, whose oscillation gives them their observed qualities. The most fun element of string theory is the requirement that the universe has about a dozen dimensions, rather than the usual four (length, width, height and time).

M-theory, the dominant version of string theory, holds that the universe is made up of unfathomably small slices of a 2-dimensional membrane, wriggling in 11-dimensional space.

These bizarre ideas are widely accepted by many theoretical physicists, but the problem is that they can’t be tested — how do you examine an 11th dimension? The field has suffered a backlash in recent years partly for this reason, as some scientists say a theory is not a theory if its predictions can’t be studied in a lab.

Well, now they can, according to professor Mike Duff of the theoretical physics department at Imperial College London. He is lead author of a paper to be published tomorrow in Physical Review Letters, which explains how string theory math can be used to predict quantum entanglement.

Duff said he was at a conference in Tasmania when a colleague presented some mathematical formulas describing entanglement of multiple quantum bits. The equations looked familiar. Upon returning home, Duff checked his notebooks from a few years earlier, and realized the formulas were the same as those he developed to use string theory to describe black holes.

This is completely unexpected, he said. There is no obvious reason why the insanely complex mathematics underlying string theory can also be used to predict the behavior of entangled quantum systems.

“This may be telling us something very deep about the world we live in, or it may be no more than a quirky coincidence,” he said.

Either way, it’s useful, he added. Using string theory math, Duff predicted the pattern that would occur when four quantum bits are entangled with each other. This can be measured in a lab, and the results will demonstrate whether string theory actually works.

Right now, the best hope for string theory tests comes from CERN’s Large Hadron Collider, which is designed to find the tiniest elementary particles that make up matter. It’s theoretically possible that LHC experiments will uncover supersymmetric particles — one element of string theory — or bounce a graviton into a higher dimension, which could help prove M-theory. But testing the fuzzy math that predicts these behaviors will be much easier.