Finding large-scale sources of kinetic energy to turn turbines isn’t easy. But while there are only so many roaring rivers... 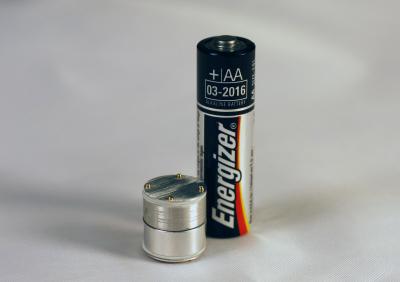 Finding large-scale sources of kinetic energy to turn turbines isn’t easy. But while there are only so many roaring rivers and flat, windy plains from which to harvest nature’s natural motions, there’s no shortage of tiny, random vibrations all around us. Now researchers at the University of Michigan have developed mini-generators that harness these.

Miniature kinetic generators aren’t new; for instance, many wristwatches are powered by energy gathered from the rhythmic swinging of our arms when we walk. Some piezoelectric generators have even been integrated into fabrics, meaning that your jacket could someday top off your cell phone battery or iPod, provided you move around enough.

But many of these approaches require pronounced movements to harness any real degree of energy. The new Parametric Frequency Increased Generators from the U of M team have a huge advantage over other kinetic energy harvesters because they can scavenge the arbitrary, ambient, non-repeatable vibrations that are far more common in the world around us.

For instance, the vibrations caused by traffic passing over a bridge could power wireless structural sensors on the underside of the structure, and everything from lampposts to skyscrapers could harness energy from wind vibrations to power — at least partially — their day-to-day operations. Placed in stairwells, the generators could harness the kinetic energy of climbing to power the emergency lighting, and on electric cars they could feed some of the energy lost through engine rattle back into the energy loop. They could even be used to power sensors in far flung, off-the-grid locales, like fire-detecting sensors deep within forests.

The human body is also a great potential energy source for these kinds of micro-generators. Typical amplitudes found on the human body can produce 500 microwatts, enough to run dozens of wristwatches or ten pacemakers, opening the door to better, more energy intensive medical devices that don’t require periodic surgical battery swaps. Which, as anyone with a pacemaker will tell you, is a good thing.

Of course, the technology has a ways to go before it is deployed — there are only three prototypes in existence right now, with a fourth on the way. But the future of self-sustaining little electronic monitors looks quite busy as we rely more and more on sensor driven data to monitor everything from our infrastructure to our bodies. Being able to unplug from the grid/battery paradigm and harvest energy locally is a big part of that equation.