Archive Gallery: Decades of Finding Out How Things Work

The origins of wind power, Roomba's great grandfather and the magical workings of the automatic shower faucet 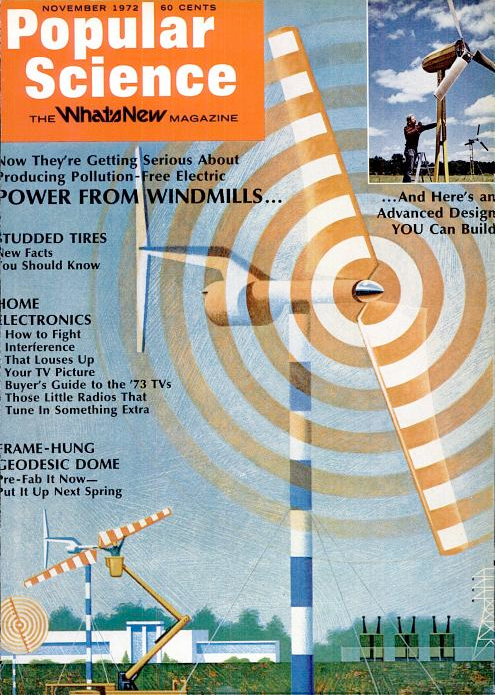 Our annual How it Works issue is now available, wherein we strip 13 amazing machines of their skins to marvel at what lies beneath. For anyone interested in science and technology, it’s a natural tendency, almost a reflex: let’s open this thing up and see what makes it tick. Maybe we can put it back together, and then again maybe not.

Of course, we’ve been doing this here at PopSci for over a century. Here we’ve combed the archives for some of our favorite “How It Works” articles over the years. And there are some gems.

It pleases me to no end to see, amongst the rocket cars and interstellar colonies of fantasy, the instances where PopSci of old totally nails the future. In November 1972, when we looked inside one of the first viable large-scale wind turbines, the idea of harnessing the wind not just to power small home generators, but to provide a significant source of electricity for an entire region, was pretty far-flung. Now, 38 years later and in the midst of a climate crisis, we’re featuring on our cover one of the world’s most advanced wind turbines that many hope will take significant pressure off the conventional power grid by harnessing strong offshore winds.

The rest of this year’s How It Works subjects are decidedly high tech–a robotic lunar lander, a drill to the center of the earth, among others–but one thing we noticed when peeling through the archives is our tendency to also look inside the seemingly mundane everyday machines, which can at times be just as fascinating.

These more practical applications of the all-seeing How It Works eye remind us of what we now take for granted: A speedometer was by no means a new thing in 1953, but it had become standard equipment in new cars only a few decades prior, meaning its mysterious inner workings were surely still on motorists’ minds.

Check out some of our favorites by launching the gallery here.

And please, do join us in the hunt–if you find any excellent How It Works subjects in your own archive trawling, please let us know in the comments! (You can get direct links to pages by copying what’s in your browser’s URL bar after clicking on a search result). 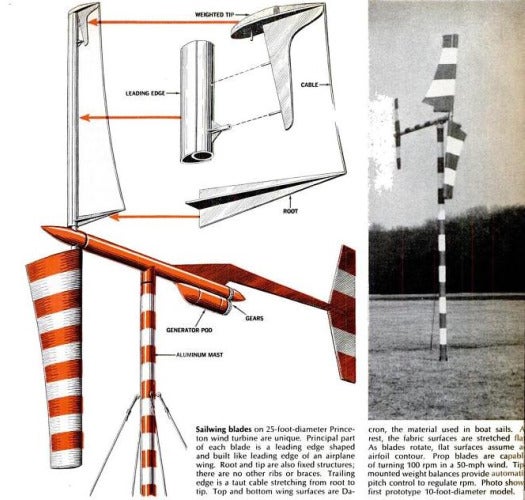 “Many attempts have been made to tap the wind’s power — all failures. Now a unique blade design may make windmills serious business again.” Read the full story in “Can We Harness Pollution-Free Electric Power From Windmills?” 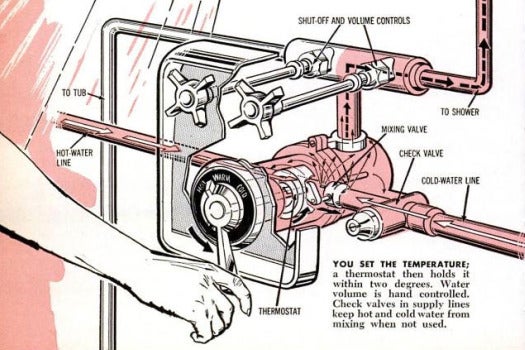 “You set the temperature; a thermostat then holds it within two degrees. Water volume is hand controlled. Check valves in supply lines keep hot and cold water from mixing when not used.” Read the full story in “How an Automatic Shower Valve Works.” 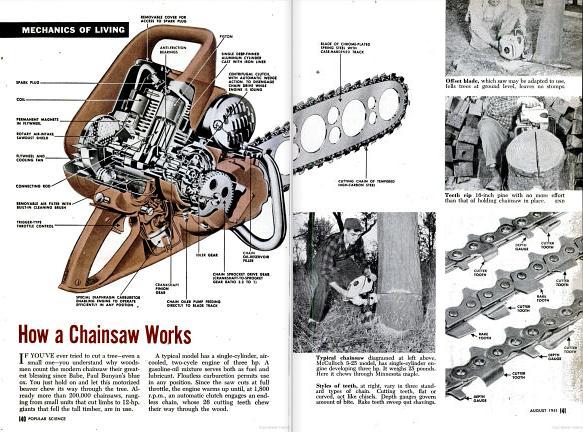 “If you’ve ever tried to cut a tree — even a small one — you understand why woodsmen count the modern chainsaw their greatest blesing since Bab, Paul Bunyan’s blue ox. You just hold on and let this motorized beaver chew its way through the tree.” Read the full story in “How a Chainsaw Works.” 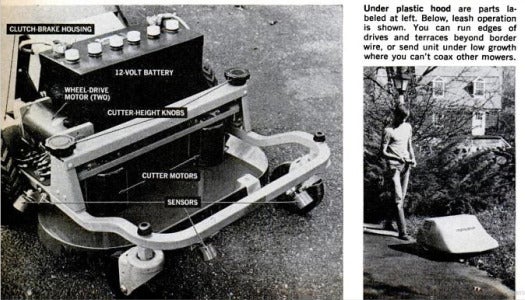 “It seems like magic, the way the Mowbot turns away from obstructions, runs up to a flower bed and thoughtfully makes a swing to left or right without mangling a single marigold, mows circles around midyard trees, and stops instantly if it bumps into anything slid — like your ankle. It’s not magic. It’s electronics.” Read the full story in “New Robot Lawnmower Works While You Rest”

“To get a rough idea of how it works, picture a couple of tiny motorboats whirling in tight circles in a shallow tub. Between these motorboats and the walls of the tub are two lazy little men in rowboats. They have found that they can ship their oars and let the current set up by the motorboats draw them along.” Read the full story in “How A Speedometer Works.” 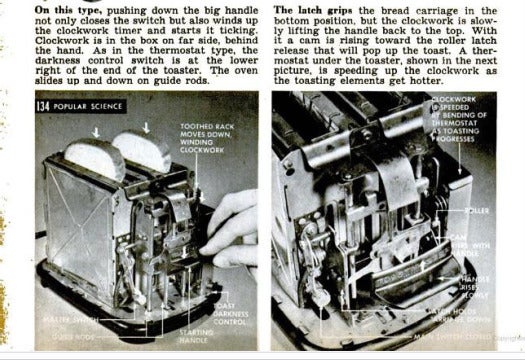 “You push down the handle, wait…and the bread pops up all by itself, toasted to a turn. Ever stop to wonder how the toaster knows enough to brown your slice without burning it?” Read the full story in “How Your Automatic Toaster Works.” 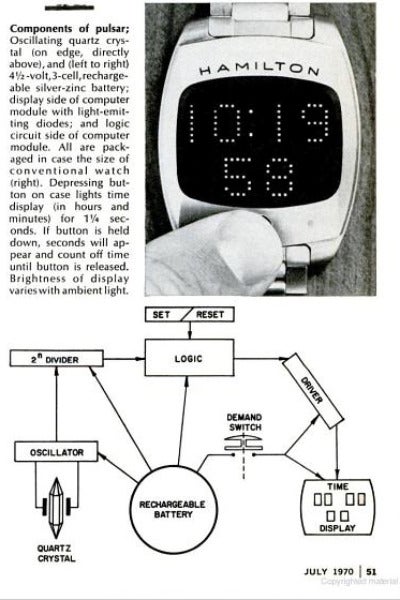 “The name of same is Pulsar, a solid-state computer device that has a single fixed program to flash the time on demand. Sound formidable? It all nests neatly in the wristwatch you see here. Incredibly not only does Pulsar have no hands, it has no moving parts whatsoever, unless you count the oscillation of its quartz crystal.” Read the whole story in “Look, Little Old Swiss Watchmaker — No Hands!” 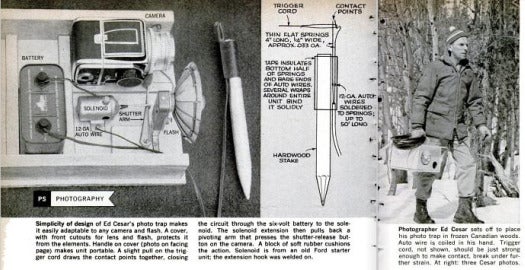 “For years, I’ve live-trapped wild animals for zoological purposes, and steel-trapped them for their pelts. From this experience, when I became a professional photographer, came the conviction that if I could lure an animal into a trap or snare, I could just as easily entice it into setting off a triggering device that would take its picture.” Read the whole story in “Photo Trap Lets You Bring ‘Em Back — in Pictures.”
archives
Popsci Archive
The Future Then