A science podcast with cursing

Getting really excited about how the world (and beyond) work 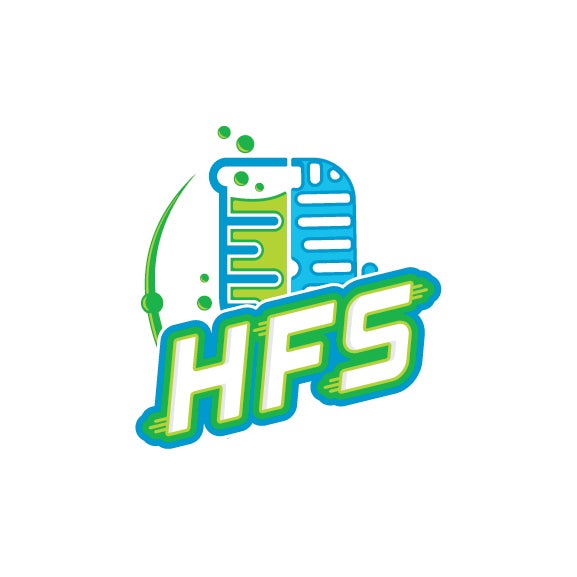 HFS is a new podcast where panelists can get excited about how the world works—so excited that they might curse. And that's ok. Holy Fucking Science
SHARE 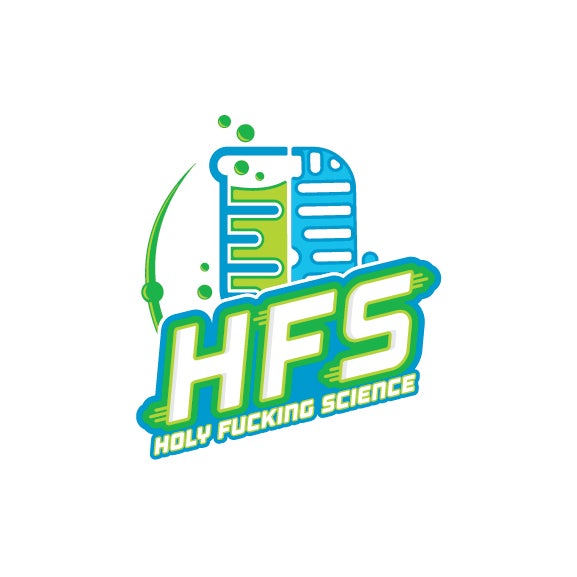 Holy Fucking Science is a new podcast where panelists can get excited about how the world works—so excited that they might curse. And that’s allowed.

Hank Green has created several channels for educational science content on the internet, but none have included curse words until now. In a Medium post announcing his new NSFW-named podcast, Green explains that his content is normally aimed at a younger audience and he wants parents to feel comfortable with their kids watching it.

However, there are many YouTube videos aimed at that same audience full of vulgar terms. Green elaborates on that idea in his Medium post, writing “It strikes me as a little wrong that I would be shocked if someone used this kind of language in a video about neurotransmitters or solar flares. But it’s totally OK to hear 85 fucks in a video if the video is already not intended to be constructive.”

Why swear at all?

The internet is full of content with curse words. Gizmodo, Mashable, and Motherboard have had “shit,” “fucking” and “goddamn” in recent headlines, respectively. Hell, I’ve even written a story with “fucking” in the headline here at Popular Science.

People curse mainly for two reasons, according to the Harvard Science Review—to make someone else feel negative or to emphasize how strongly one feels. Green and his team created HFS for the latter reason. “I was watching some goofball play video games on YouTube and I thought, ‘Why can’t I be this profane when talking about how awesome the world is?'” Green told Popular Science in an email.

And though he’s not looking to expose his typically-younger audience to vulgarities, Green isn’t concerned about them finding it. “I just wanted there to be a space where I could get excited about this shit without worrying about getting angry emails from parents. So, we put a curse word right there in the name so no one would be confused,” he wrote on Medium. Or, as he told Popular Science, “There is much worse trash for children to find than trash about how fascinating the world is.”

Lou Winkler, who directs and edits HFS, feels the cursing brings an element of realness to the show, and humanizes it. The podcast’s format leaves the hosts vulnerable to each other and to the audience, the excitement of which may lead to a swear. Winkler, a former teacher at the University of Montana, compares it to professors who may let a bad word slip in the classroom. “Do I think a teacher should swear and make crazy comments to add that shock value? No. But if someone is transformed in that process to be a better human, than [sic] it was worth it.”

Green wasn’t sure exactly what he wanted HFS to look like before production started, but he claims that to be intentional. Flexibility in both format and platform is key when launching a new project, he explains, because “if you try to lock in perfection before launch, you don’t have any room to respond to what the audience likes or doesn’t like.”

Every episode of HFS has four hosts, each of whom presents a story relating to a single, central topic. Green wants to continue that for consistency, but he’s not opposed to introducing new segments to “keep it fresh” as the show grows and gets feedback from fans.

The panelists thus far have been from the staff of SciShow, one of the science YouTube channels Green created, or other YouTube productions with which members the SciShow team are involved. But according to Green, this will not always be the case. “We’re going to be drawing from all over. Friends, family, visitors from out of town, university scientists!” he wrote. “We’ve already filmed some episodes featuring people who aren’t involved in our productions, they’re just not out yet.”

Prepping to be an HFS panelist comes naturally to Green. He, alongside his brother John, has run a YouTube channel called Vlogbrothers for 10 years, which oftentimes explore a singular concept under four minutes. Even before starting that channel though, Green says he would troll for interesting facts and try to find something surprising to him. If he decides to speak on a topic he already knows, Green still does research to make sure he’s not misremembering any facts and inadvertently misinforming his audience.

There were, and still are, difficulties creating a show that lives both as a video and a podcast, according to Winkler. Podcasts that are only released in audio-form don’t have to worry about aesthetics, since listeners will only hear, not see, what’s happening in the studio. But unlike many podcasts that also release video versions of their content, Winkler notes that no audio equipment can be seen in HFS videos. “We wanted to create that laidback quality of having a simple discussion and allow the panelists to forget they’re even being recorded,” he explained in an email to Popular Science.

Part of that “laidback quality” comes from the way in which Winkler edits each episode. His goal, he wrote, is “to keep the audience engagement while also giving the perspective that they are part of the conversation.” In other words, he wants the audience to feel like they’re being talked with, not talked at. Winkler issued a challenge to anyone reading this article to understand the difficulties of editing a conversational podcast:

Another issue Green knew he would face is that he wanted each episode to be long. Of the four episode released at time of publication, the shortest is 56 minutes and 42 seconds long. The longest (and first) episode is over an hour long. To combat this, the HFS team is experimenting with shorter, more shareable YouTube cuts they’re calling “The Gist.” They range in length from about five to ten minutes each.

At the second annual NerdCon: Nerdfighteria this weekend, February 25-26, 2017, there will be a live taping of Holy Fucking Science. The episode will be centered around the theme “Bodily Functions” and will feature Emily Graslie—host of educational YouTube series The Brain Scoop—and Aaron Carroll—Dean for Research Mentoring at Indiana University School of Medicine and the host/writer of YouTube series Healthcare Triage—as panelists, alongside Green and Senior Producer Caitlin Hofmeister.

Green, Winkler, and the whole HFS crew are all excited, but understandably nervous, about the live taping. It’s the first time anyone outside the production crew will see the show get made, and that crew normally doesn’t staff live events (in this case, a live event is different than a streaming a podcast live.) The technical set-up is exactly the same, according to Winkler; the difference is that the audience is there to experience the taping, and participate through laughing and reaction. Winkler hopes it will be a “magic moment” for the show.

Green, too, hopes the live audience will bring “an element of fun” to the taping. And that really is his ultimate goal for Holy Fucking Science—to entertain, as well as educate, by getting genuinely excited about the way the world and beyond work with people whom he cares about. “I just want it to feel like a bunch of friends being fascinated together.”