What color are these squiggly shapes? 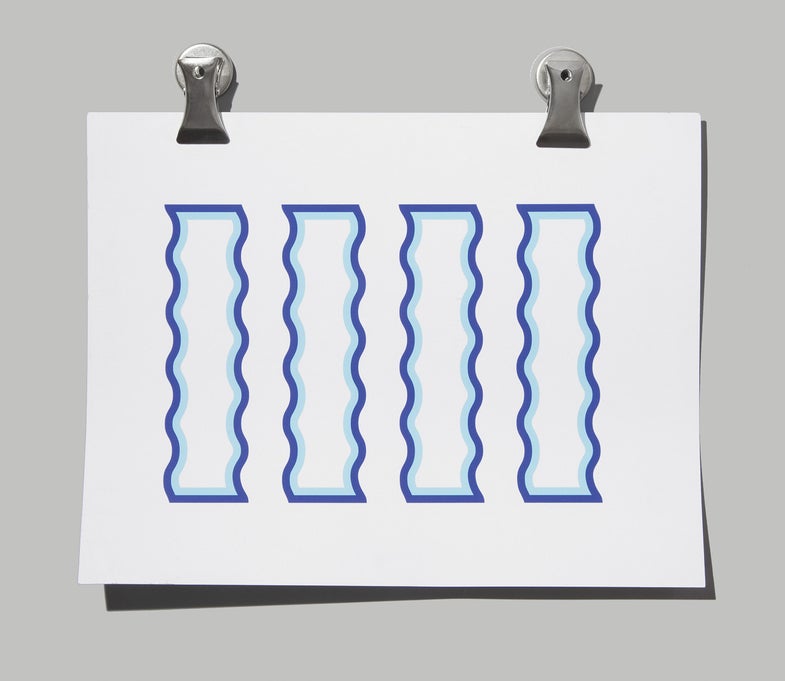 When you glance at the four rippled rectangles in front of you, do the spaces inside look light blue? They’re not. They’re white. Try blocking out the wavy sides of each shape with the edges of two pieces of paper, or bringing the screen really close to your face.

This phenomenon is called the watercolor illusion ­because it appears the entire interior of the shape is a lighter-colored version of the inner colored line—similar to the effect you get with different dilutions of paint in water.

Why? The brain’s visual cortex has far more neurons devoted to finding borders than colors. That’s because borders are much more useful in identifying shapes. Once those neurons identify the dark blue border pictured here, they search for symmetry. Without that inner blue line, the color inside the dark blue border is the same as the color outside. But add a light blue line inside, and your brain grapples with the change. It guesses at the interior color based on the color closest to it—in this case, by incorrectly assuming the entire inside is blue too.

Take a look at this take on the illusion:

The effect looks even more enhanced in this image above because the squiggly lines, when stretched out, make the shape larger, and your brain devotes more border-finding neurons to it. More neurons makes the illusory effect even greater.

But, don’t fret that your brain is just guessing at the color. As long as it correctly determines the shape of what’s there, you should care less that it flunks the color test.