This pterosaur ancestor was a tiny, flightless dog-like dinosaur

The tiny Triassic fossil first discovered in Scotland belongs to a group of dinosaurs that were only the size of a cat or a small dog. 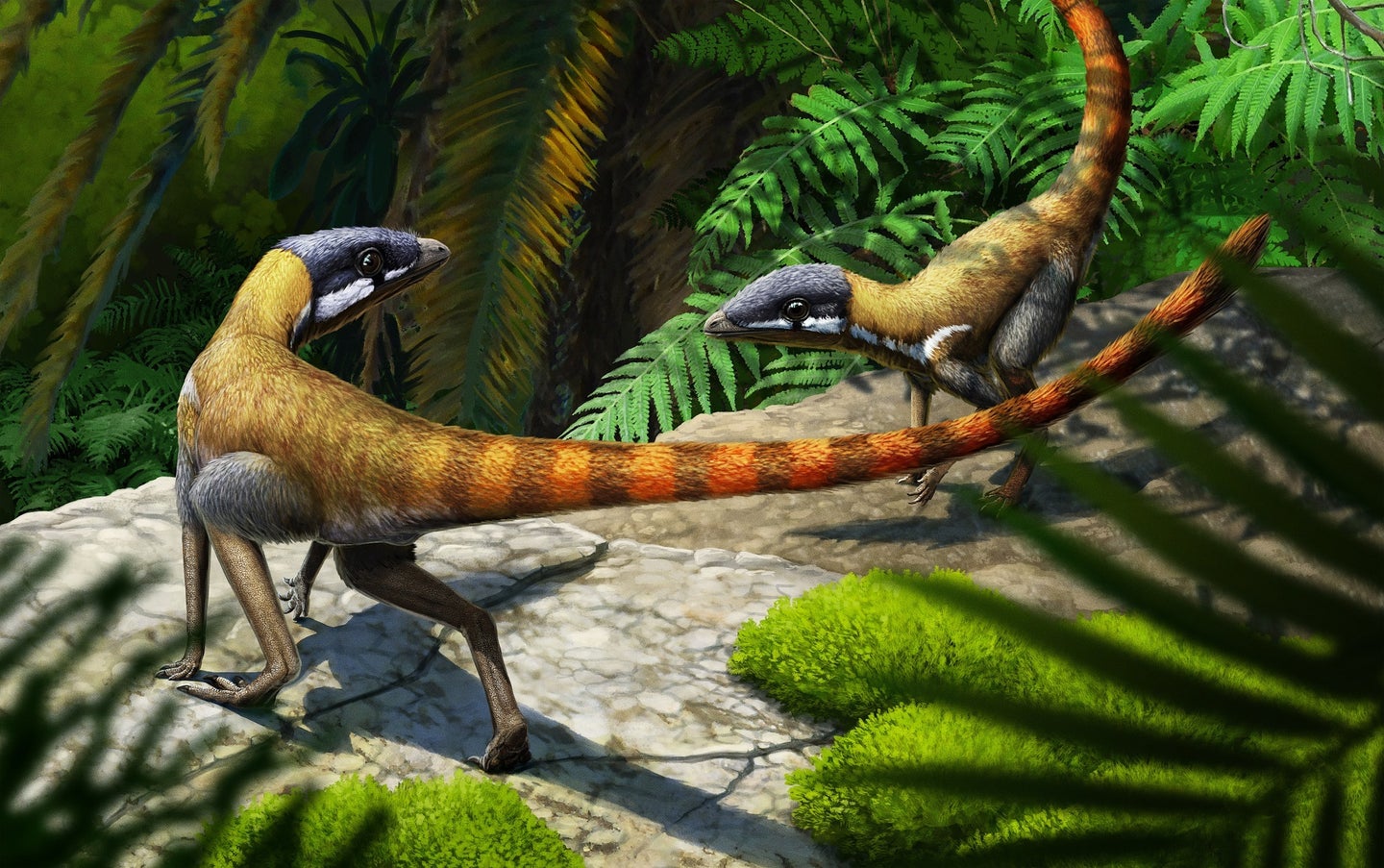 Pterosaurs are some of the stars of the latest chapters of Jurassic Park franchise and the cinematic television streaming series Prehistoric Planet. These giant winged dinosaurs scoured the skies from the late Triassic Period all the way up to the demise of the dinosaurs in the late Cretaceous Period, but they weren’t always so large. Some new clues are revealing just how tiny the ancestors of these winged reptiles once were.

In a study out today in the journal Nature, an international group of scientists discuss their new examination of a Triassic-era fossil that was first discovered 100 years ago in Scotland. Computed Tomography (CT scanning) helped create the first accurate and whole skeleton reconstruction of the non-avian Scleromochlus taylori, revealing physical features that show that it’s a close pterosaur relative. The specimen is within a group known as Pterosauromorpha, an extinct group of reptiles called lagerpetids (which means “rabbit-reptiles”) that are grouped together with the pterosaurs.

[Related: The biggest animal ever to fly was a reptile with a giraffe-like neck.]

“Pterosaurs were the first vertebrates to evolve powered flight and for nearly two centuries, we did not know their closest relatives,” Sterling Nesbitt, a paleontologist and professor from Virgina Tech University, said in a press release. “Now we can start filling in their evolutionary history with the discovery of tiny close relatives that enhance our knowledge about how they lived and where they came from.”

Lagerpetids lived about 240 to 210 million years ago and they were relatively small, even by modern mammal standards. They were generally about the size of a cat or small dog. Schleromochlus was even smaller, at under 7 inches (20 centimeters) in length, a little more than half the size of a standard school ruler. The results of this study support the general hypothesis that the first flying reptiles evolved from small, bipedal ancestors like Schleromochlus.

These findings also settle a 100 year-long debate: Scientists have long disagreed as to whether Scleromochlus were an evolutionary step in the direction of pterosaurs, dinosaurs, or else some other reptile entirely.

“It’s exciting to be able to resolve a debate that’s been going on for over a century, but it is far more amazing to be able to see and understand an animal which lived 230 million years ago and its relationship with the first animals ever to have flown,” said Davide Foffa, a research associate at National Museums Scotland, and a research fellow at the University of Birmingham, in a press release. “This is another discovery which highlights Scotland’s important place in the global fossil record, and also the importance of museum collections that preserve such specimens, allowing us to use new techniques and technologies to continue to learn from them long after their discovery.”

The fossil of Scleromochlus has been difficult to study in depth due to its size and because it is poorly preserved in a block of sandstone. The specimen is part of the Elgin reptiles, a group of Triassic and Permian fossils that were found in the Lossiemouth Sandstone Formation near the town of Elgin in the Morayshire region of northeast Scotland.

“The Elgin reptiles aren’t preserved as the pristine, complete skeletons that we often see in museum displays,” said Paul Barrett, a professor and paleobiologist at the Natural History Museum, in a press release. “They’re mainly represented by natural moulds of their bone in sandstone and—until fairly recently—the only way to study them was to use wax or latex to fill these moulds and make casts of the bones that once occupied them. However, the use of CT scanning has revolutionized the study of these difficult specimens and has enabled us to produce far more detailed, accurate and useful reconstructions of these animals from our deep past.”