Unhealthy sperm can play a role in lost pregnancies

Bringing a pregnancy to term requires a healthy sperm and egg. 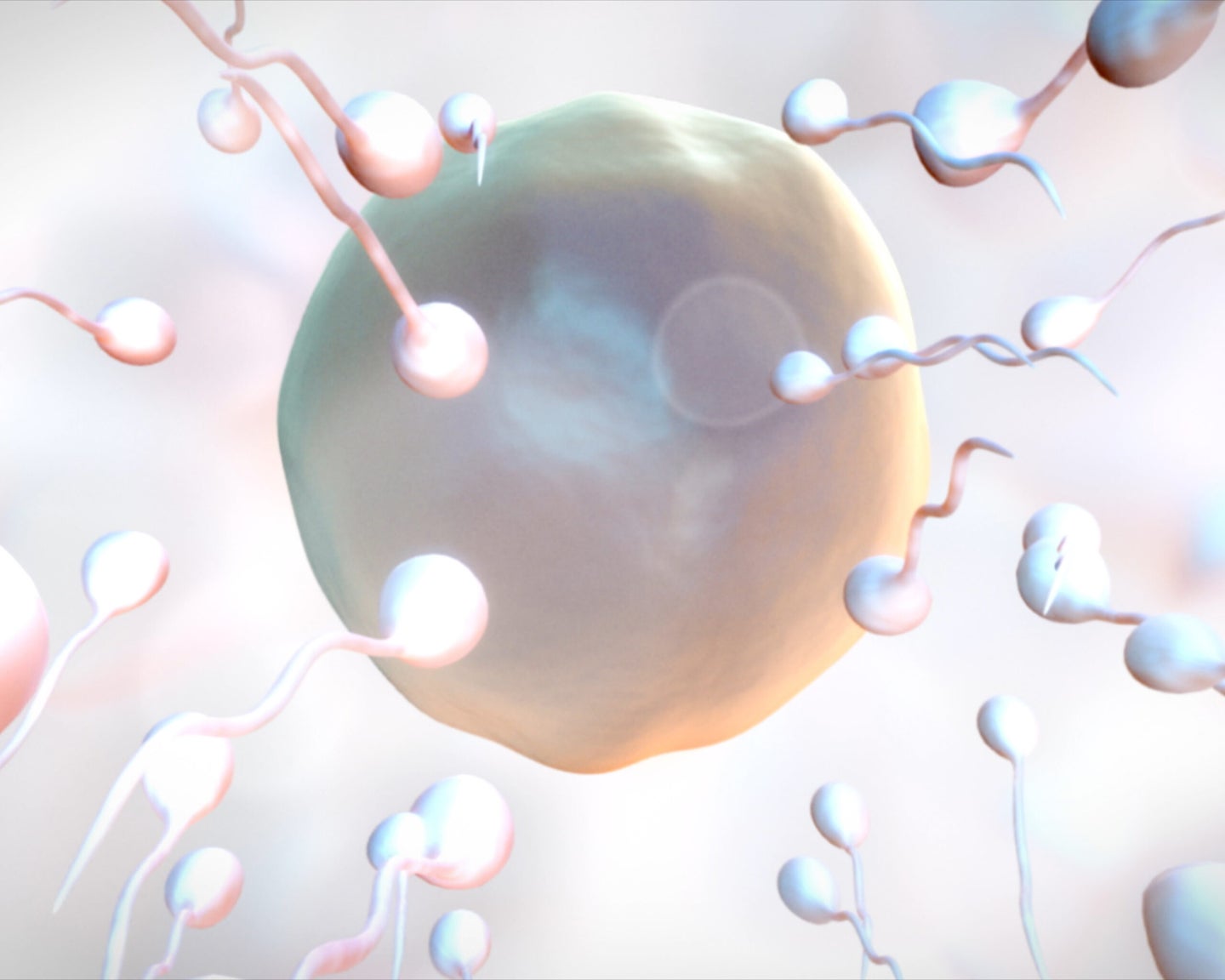 Zev Williams has heard all of the reasons couples might blame themselves for the devastating loss of a pregnancy: stress at work, a ski trip, lifting something heavy.

That’s why Williams, chief of reproductive endocrinology and infertility at Columbia University Medical Center, says it’s so important to understand the very real medical reasons that someone might lose a pregnancy. “It takes away a lot of the self blame,” he says. “It de-stigmatizes pregnancy loss when you get down to the level of the molecules.”

The majority of pregnancy losses—which are much more common than most people think, and affect around 15 percent of pregnancies—are isolated, and occur because of chromosomal abnormalities in the embryo. But with recurrent losses, which affect around 1 or 2 percent of couples, the vast majority of embryos will be chromosomally normal, says Williams. “It speaks to something else going on, and we need to really systematically look at all the things that have to go right for a pregnancy to succeed.”

Doctors often recommend women who experience recurrent pregnancy loss, usually defined as three or more losses, undergo testing to try and identify any reason for them. But their male partners, despite the critical importance of sperm in successful pregnancies, usually aren’t similarly screened.

According to a new study, though, the sperm of men whose partners’ experience pregnancy losses have increased DNA damage—which islinked to bad outcomes in pregnancy. In addition, men in partnerships experiencing recurrent pregnancy loss have altered hormone levels, and can’t swim as well.

The findings, published in the journal Clinical Chemistry, signal the importance of assessing both women and men after pregnancy loss, says Anastasia Dimakopoulou, study author and clinical research fellow at Imperial College in London. “There’s a lot of shame around women talking about it,” she says. “If it’s well understood that the problems can also be due to the male partner, maybe we can change our perceptions.”

The host of clear medical causes, including problems with sperm, for pregnancy loss is part of the reason Williams says he avoids the word ‘miscarry.’ “That implies the woman miss-carried, and didn’t carry it right. [Pregnancy loss] is not a fault of the woman not carrying it properly,” he says.

This particular study compared the hormone levels and sperm of 50 men in partnerships with recurrent pregnancy loss to those of 63 controls, and found that their testosterone and estradiol levels, both of which play key roles in the production of sperm, were lower. Male partners had fewer sperm that looked and swam normally, and were four times more likely to have abnormally high levels of reactive oxygen species, which are chemical compounds that can damage cells. They also had two-fold higher levels of sperm DNA fragmentation.

While the hormones studied play a role in sperm development, it’s not clear exactly how they might impact the sperm abnormalities—and in particular, the DNA changes and levels of reactive oxygen species—seen in the study group, Dimakopoulou says. “That requires a bit more investigation,” she says. “It may not just be hormonal levels. There might be other issues we need to look at, like inflammation and infection.”

The relationship between the problems with sperm identified in this study and recurrent pregnancy loss is still not clearly established, though the findings are consistent with previous work on DNA fragmentation and reactive oxygen species, noted Williams. “It’s an area of active investigation, but it’s very plausible,” he says.

Sperm with fragmented DNA might be able to fertilize an egg and initiate a pregnancy, because they still have the right number of chromosomes to being the process, Williams says. The paternal DNA, though, isn’t called into action until later in the process. “Once the male genome is activated, that’s when you start seeing problems,” he says. “Women can get pregnant, and then have pregnancy loss shortly after.”

Our understanding of sperm and pregnancy has changed—it used to be thought that, if a pregnancy could occur, the sperm was healthy. “It was sort of thought if a woman gets pregnant, they could check off the male side as causing problems—but we’re not sure that’s the case,” Williams says.

Further, couples who have experienced recurrent pregnancy loss without knowing the cause often turn to donor eggs before donor sperm. “It doesn’t make a lot of sense, because it’s much easier to get donor sperm,” Williams says. “This helps highlight that you can’t assume the egg is the problem.”

This study, and the body of literature it builds on, indicate that both men and women should be tested after recurrent pregnancy loss, Dimakopoulou says. In addition, she says, the types of screenings done on men need to change. Typically, male fertility tests just look at sperm counts, movement, and morphology, but that’s not sufficient. “Not only do men and women need to be tested, but we also need additional tests on DNA fragmentation and reactive oxygen species [for men] to have a more complete view,” she says.

Conversations around reproductive health and pregnancy, Dimakopoulou stressed, should not be targeted only at women. “It’s about men gaining attention, and being able to have some medical guidance when it comes to their genital health,” she says.

Research that identifies clear medical causes for pregnancy loss, either on the male or female side, help remove the mystery and taboo. “It’s not different from any other medical conditions, which is how people often view it,” Williams says. We have archaic notions of what causes this. Those misconceptions, like a lot of things, get corrected when there’s really good knowledge.”