Your office mates, whether they’re people or pets, can probably tell when you’re feeling stretched too thin — heavy sighs,... 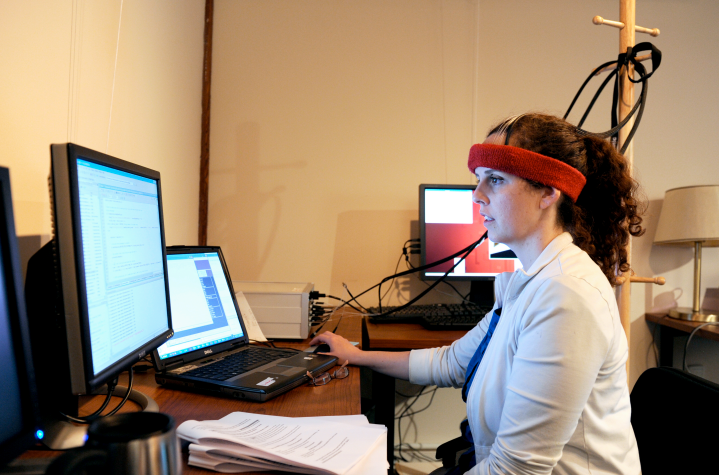 Your office mates, whether they’re people or pets, can probably tell when you’re feeling stretched too thin — heavy sighs, hand-wringing and general signs of stress are fairly easy to spot. Yet your computer takes no notice, its beach ball of death spinning away incessantly and its processor failing utterly to work any faster. Now a new brain-computer interface could turn your computer into a more sympathetic partner, taking over some of your tasks when it senses you’re overworked.

The system, called Brainput, is designed to detect when a person’s workload becomes excessive and to modify said workload to make it easier. Erin Treacy Solovey, a postdoc at MIT, uses functional near-infrared spectroscopy to monitor brain activity and aid this brain-computer interaction.

Solovey and her colleagues used the fNIRS to determine when a person was multitasking, analyzing brain signals in earlier experiments to isolate patterns of activity. They could distinguish three specific states of multitasking, and developed classification algorithms for these patterns. The system works by strapping a fNIRS sensor on a user’s forehead — because hair interferes with the signal, for one thing, and also because the area tracks the anterior prefrontal cortex, which is involved in high-level processing.

Solovey and colleagues used Brainput with virtual robots, which were designed to adapt to the mental states of a dozen human volunteers. The volunteers had to send a pair of robots through a maze to find a WiFi signal, continually switching between both robots to keep them on the right paths and prevent them from crashing. As the volunteers’ brains began in a specific type of multitasking — a detectable state of activity known as branching — the robots took on more of the work.

Such a system could guard against distracted drivers by helping out when a person’s attention is just too divided. Or it could help workers who must juggle several tasks at once, perhaps air traffic controllers. “In any activity involving multitasking or
information overload, we could expect to see improvements in the user’s performance and experience,” Solovey and her colleagues write.

A paper on the Brainput system was presented last week at a Computer Human Interaction Conference in Austin, Texas.