It's a cheap upgrade that rewards you for walking, not sitting 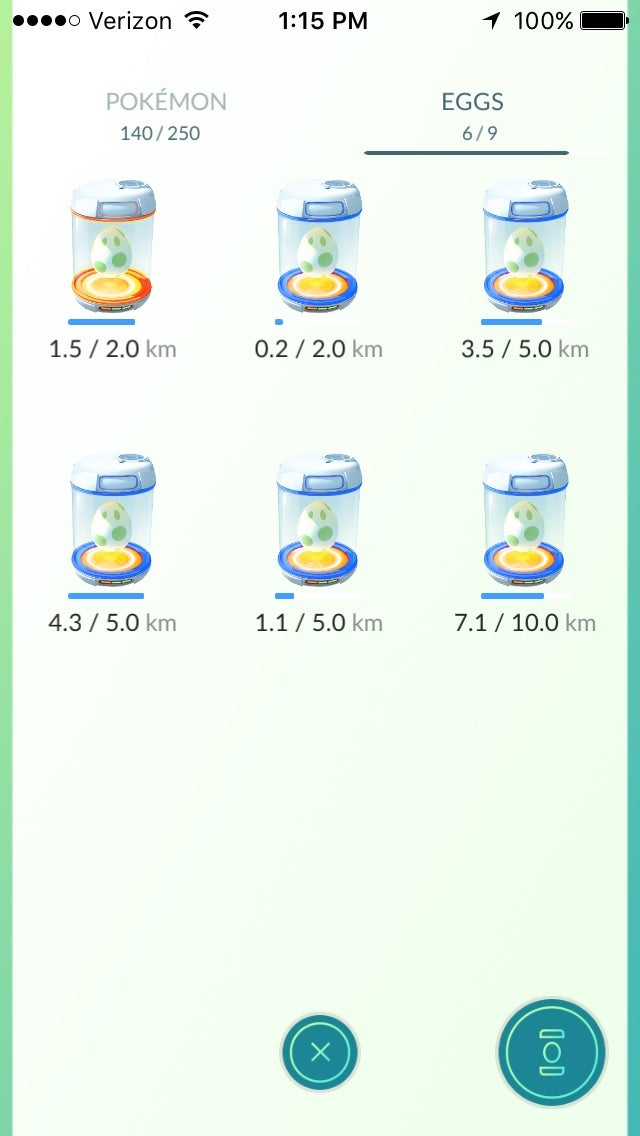 Ever since the Pokemon Go craze has died down, all those Pokemon in your phone are probably feeling lonely. When was the last time you took one to a gym battle? Or even just out for a walk with the buddy feature? Have you even checked on those incubating eggs? They're probably rotten by now. Remind everyone of the unsung victims of gaming trends by dressing up as a rotten Pokémon egg or a lonely, abandoned Pikachu. G. Clay Whittaker
SHARE

Eggs are a potentially valuable resource in the virally popular Pokémon Go app, and as they pile up you may feel a constant temptation to buy extra incubators. Do it. It’s a good investment in the game world, and in your health.

Unlike pretty much every other findable resource in the game, eggs don’t go into extra storage. If you have nine already waiting, and you get another, it’s just a loss. That’s a bummer, since some eggs can contain rare Pokémon, or Pokémon that wouldn’t normally spawn in places you typically explore.

So you need to crank out the distance on those eggs as quickly as possible—not just to hatch them soon, but to make sure the way is clear for more eggs in the future.

That brings us to point two: incubators aren’t found in the wild—at least they haven’t been yet. Pretty much every other resource you could buy is also available as a bonus for leveling up or getting a lucky hit on a Pokéstop. Incubators are a premium toy, so you won’t see them drop in the wild.

Here’s the justification for buying them: unlike the modules and incense canisters, egg incubators aren’t based on a time limit, and they are dependent on movement. That means that you’re “rewarding” yourself not for playing the game, but for moving.

Everyone’s championing this game’s uncanny ability to make nerds and indoor kids like myself get up and go for a walk; if you’re going to spend money on micro-transactions, reward yourself for the part of the game that’s good for you. It’s worth the money—and it’s not a lot of money to begin with.

How much are you spending per egg? Well let’s break this down.

Given that the average egg takes 5.6km of distance to hatch, you’re basically paying 8 cents per km, per egg, to hatch them. Not bad.

Maybe you’re of the mind that any money spent on micro-transactions is a waste, and you wouldn’t be alone in that. But given that you’re enjoying the free game so much, and given that by buying incubators you actually spend the money over distance, think of it as rewarding yourself with a couple of quarters for every km you walk.

Sure it can add up, but it’s still much better (and cheaper) of a reward for you than that $3 ice cream stop at the end of the walk.