Precise 3D Scanning On The Go 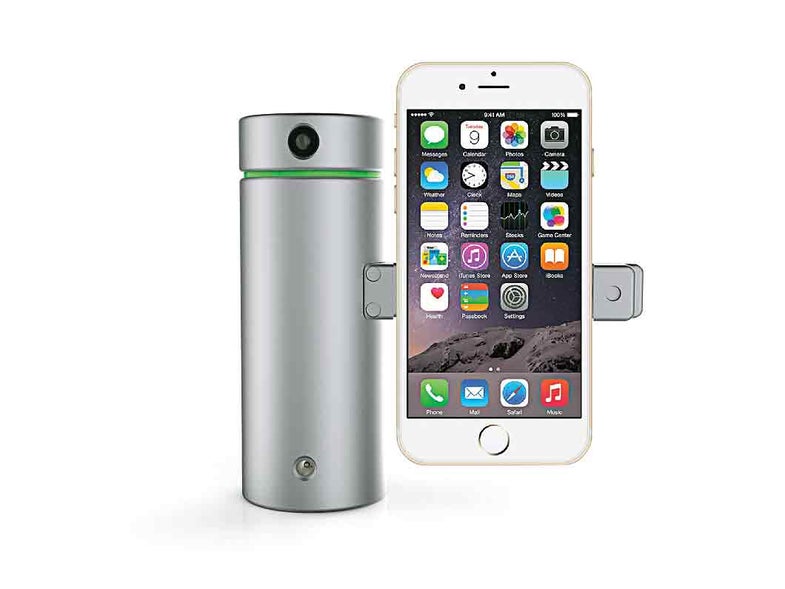 In 2012, Rahul Koduri, Asfand Khan, and Richard Boers were designing a solar tracking system. But it didn’t work. To find out what went wrong, they needed to find out how the shape of a metal dish had warped—by performing a 3D scan. “The cheapest option we could find for a scanner was $20,000, which we couldn’t afford,” Khan says. “So we patched something together using open-source libraries, a camera, and a cheap laser.”

While doing online research to refine their home-built device, the team realized other DIYers wanted their own cheap, accurate 3D scanners. So they put aside the solar project and created Eora 3D. It’s a smartphone- connected laser scanner that achieves the same resolution as an industrial scanner but at a much lower price: $319. After a successful Kickstarter cam- paign, the device will begin shipping to backers in June.

The key to Eora 3D is that it harnesses the processing power of smartphones, making it “as much a software innovation as a hardware innovation,” says Khan. There are other smartphone scanners, but they are low-resolution. That’s because they stitch together photos without capturing reliable depth data. Eora 3D achieves higher precision via a soda-can-sized device that attaches to the smartphone and sweeps a green laser across an object. The laser allows the phone to capture depth data for each pixel as the phone snaps photos. The smartphone app then stitches more than a thousand of these images into a digital model.

To capture the object from all angles, users can place it on a Bluetooth-connected turntable, which rotates in sync with the laser. The turntable, which comes with the device, is ideal for scanning small objects. For larger ones, Eora 3D can take a few scans at different angles and stitch them together later.