Karma Review: Finally, A Wi-Fi Hotspot That Isn’t Trying To Screw You 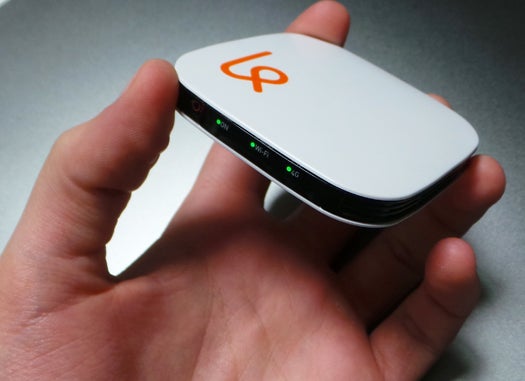 The Karma is a very small revolution in tech: it’s a gadget with a data plan that makes sense, is transparent, and doesn’t try to screw you. This should not be a crazy great thing. And yet it is.

Portable Wi-Fi hotspots are, for the most part, great to use and awful to pay for. They’re tiny little devices that gives you fast internet access no matter where you are, by tapping into the same fast networks used by Verizon, AT&T, Sprint, and T-Mobile. Until all our laptops have little SIM-card slots in them, this is the best way to get online in places without a Wi-Fi connection. Great! Except it costs an arm and a leg, and requires a contract, and forces you to ration yourself every tiny little megabyte. So, yeah, Wi-Fi hotspots are trying to screw you.

Karma isn’t the most high-tech hotspot out there, but unless somebody else is footing the bill, it’s the one I’d recommend, because not only is it not trying to screw you, it actually rewards you for un-screwing (AKA helping) other people. That help? Free data, both for you (for being nice enough to share your connection with someone) and for the lucky person who’s found your generous connection. Hence, “karma,” kind of.

The Karma is probably the best-looking Wi-Fi hotspot on the market–since it’s independent of all of the carriers, it doesn’t have to have violent branding from Verizon or AT&T or whoever, and the three Dutch founders were all formerly designers. It’s very small and light, a rounded-off square like a reverse Oreo, with a white top and bottom sandwiching black plastic. On the back is a standard microUSB port for charging–that’s the same cable that your Android phone, Windows phone, Kindle, and about a billion other devices use.

Karma says the battery lasts between 6 and 8 hours. Compare that to the Verizon Jetpack 4G LTE MiFi 4620L, one of the best hotspots on the market, which, with its standard battery, only gets 3 hours of battery life. And, of course, since the Karma charges over USB, you can plug it into your laptop and keep it going that way.

Speed: The Karma uses Clearwire’s 4G network, just like Sprint. It’s not an LTE network, like Verizon’s or AT&T’s, but it was fast enough for my uses, averaging about 8.35Mbps download speeds in Manhattan and around 3.0Mbps in Brooklyn. My home internet, for the record, gets between 12Mbps and 15Mbps, so this isn’t quite as fast, but in practice, I didn’t find the speed to be a problem at all. That said, an LTE network can easily hit speeds of 15Mbps.

Verizon’s Jetpack 4G LTE MiFi 4620L (lord, what a name) is faster than the Karma, yes. But it’ll cost you a lot; it’s designed specifically for people who will be using it all the time, and even then, it’s expensive as all hell. You’ll sign up for a two-year contract, then pay $50 for the hotspot, then you’ll pay a minimum of $50 per month for 4GB of service. If you use 1GB of that in March, you still pay $50. If you use 6GB in April, Verizon will charge you $70, since you went over your limit–even though those two months average out to less than your limit.

See? Verizon’s trying to screw you.

Here’s how Karma works. You pay $80 up front. It comes with 1GB free, just for buying it. Then it’s pay-as-you go. No contracts at all. No minimum to buy. Your service rolls over; if you buy 5GB in February and only use 1GB? You’ll have 4GB left to use in March. Or April. Or whenever. It’s a flat fee; since it never expires, it doesn’t really make sense for Karma to offer it in bulk. But it’s reasonably priced, at $14 per GB. That means 4GB of service costs $56, compared to $50 at Verizon, but you’ll save money in the long run, since you’ll only pay for the data you use and none will go to waste on less data-heavy months.

Karma is not trying to screw you. Robert Gaal, one of the founders of the company, told me that the goal was to create a “simple and honest mobile provider.” As anyone who’s dealt extensively with Verizon and AT&T can tell you, that’s a totally different approach than most carriers. The idea of just paying for what you use–it’s refreshing and crystal-clear, and, even better, will almost certainly work out to cheaper in the long run for almost every user. 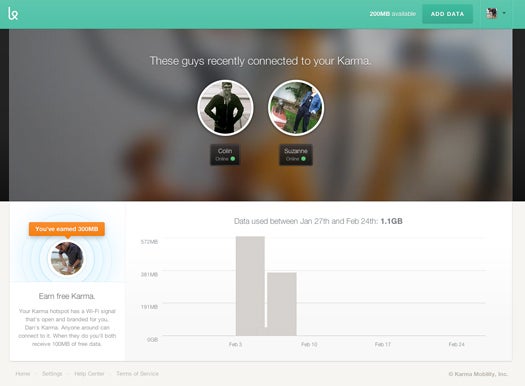 So the reason it’s called “Karma” is due to some built-in sharing features. Your Karma network is unprotected, always. Other people are encouraged to use it: they sign in using Facebook, and they’ll get 100MB of free data. Even better, you’ll get 100MB of free data whenever someone new signs in this way. It’s a Silicon Valley startup’s idea of karma, I guess. There doesn’t seem to be a limit to how much free data you can get, so walking into a Starbucks and shouting “Hey everyone, sign into my Wi-Fi network!” would seem to be a way to get out of ever paying for internet again. (Though you can only host eight connections simultaneously.)

Except! Karma relies on Facebook to authenticate users. If you want to use Karma, you’ve got to sign in on Facebook. That freaks people out. They assume someone is trying to hack them, to see their photos and post ads to their timeline or god knows what other kinds of circa-2013 horrors can be perpetrated with a Facebook login. Karma says very emphatically that the Facebook login is merely used for authentication, and that “We’ll never post anything to your timeline without your explicit permission. Never, ever.” But I think people will be very hesitant to log into an unprotected Wi-Fi network called something like “Dan’s Karma” that requires you to give it access to Facebook before letting you online. Gaal tells me that in the coming weeks, Karma will implement some kind of alternative to Facebook authentication, using an email address paired with perhaps a credit card number or phone number, though I’m not sure people will be any more likely to hand over a credit card number to a strange Wi-Fi network than they’d be to type in their Facebook password.

I was concerned about security; this is by default an open network. Gaal noted that most major sites–all Google, Facebook, any modern email sites, media sites like Netflix and Rdio–all use HTTPS, a secure communications protocol. Sharing is completely disabled, so you you don’t have to worry about anyone swiping your files. Basically, it’s about as secure as your local coffee shop’s unprotected Wi-Fi network–which is to say, moderately secure, assuming nobody really wants to hack you.

Really well. Super seamless and easy to set up, the billing system couldn’t be more simple, the hardware is tiny and attractive and easy to use, and the speeds were reliably solid. The “YourKarma” site that tracks your data use is very pretty and clear; it lets me know whenever anyone logged into my hotspot and gifted me with some data (though it doesn’t let you see any Facebook info you couldn’t already see) and how much data I have left. You’ll also get an email when you’re nearly out of data, which is nice.

There are some downsides. The Karma doesn’t have some of the advanced functions that high-end hotspots have, like a microSD slot for sharing files or a display for showing data usage or battery life. Though Clearwire’s 4G is pretty quick, it is definitely not top-of-the-line; it has neither the speed nor the coverage of the bigger LTE networks. It’d be a good idea to check this coverage map before picking one up, and it won’t work internationally at all. And as much as Karma reassures me, there are definitely some people that shy aware from giving anyone or anything access to their Facebook account. It’s a reasonable fear, though nothing in my time testing the Karma indicated that anything untoward was being done with my Facebook information. 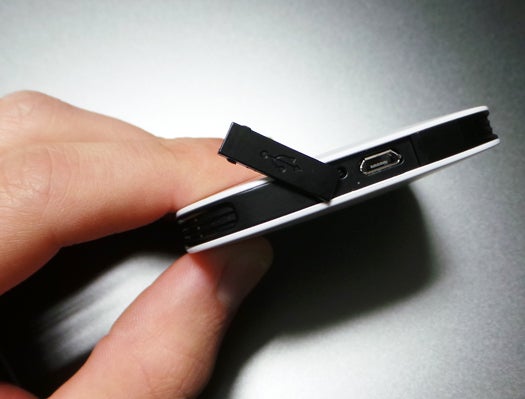 But overall, the Karma is easily my favorite Wi-Fi hotspot. It’s reasonably priced, good-looking, and doesn’t seem like it’s trying to pull a fast one on me, which is more than I can say for any of the hotspots you might find at your Verizon or AT&T shop. The “karma” element is kind of gimmicky and silly, but it’s not hurting anyone. Matter of fact, all it does is give free stuff away, so I find it hard to have too much of a problem with it.

I think contract-free is always the way to go with something you won’t necessarily use every day. The Karma is a great thing to pick up just in case; you can drop $70 on 5GB of data for a rainy day, and then the next time you’re stuck without Wi-Fi–even if it’s months later–you’ve got some data in the tank. It’s great.