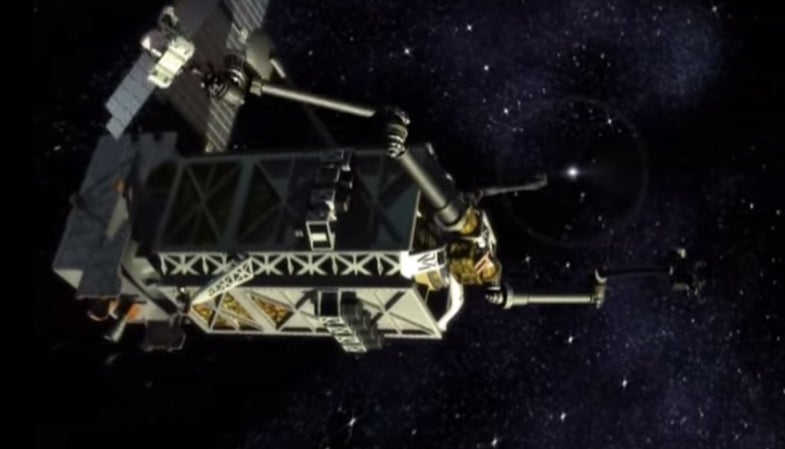 Humans have hurtled objects into space since the Soviet Union’s Sputnik satellite in October, 1957. After 92 days, Sputnik crashed back to Earth, a victim of inevitability as much as anything else. While humans are good at getting objects into space, it’s expensive to do so, and once in orbit, it’s hard for ground-based humans to do much repair work. Enter DARPA’s Phoenix program. Weirdly not an acronym, Phoenix is a robotic hub concept. Built from tiny satellites and remaining in geosynchronous orbit with Earth, Phoenix would use robotic arms to build in space.

At last week’s DARPA “Wait, What?” technology conference in St. Louis, Pamela Melroy, DARPA’s deputy director of their Tactical Technology Office, said for the Phoenix concept the team looked to “the great seafaring port cities in the world for inspiration,” to make a functional port of call for satellites orbiting 22,370 miles above the Earth.

Space is an ideal environment for robots, who don’t need to worry about such inconvenient challenges like breathing oxygen and staying warm. Working in space, this Phoenix port would breathe new life into other satellites in geosynchronous orbit, which are hard to reach at present. Previously, DARPA has worked on the idea of removing space junk from orbit. There are a lot of hazards orbiting Earth that could potentially take out spacecraft, so a satellite repair station, staffed entirely by robots and capable of returning space objects to where they belong, would be a boon to space operations.

We might not be able to make space any easier, but if DARPA’s Phoenix program yields the results they want, space might just become cheaper.

Watch a concept video about Phoenix below: