Google’s Street View is already available on all seven continents, providing pedestrian-level vistas of everything from Stonehenge to Antarctica to... 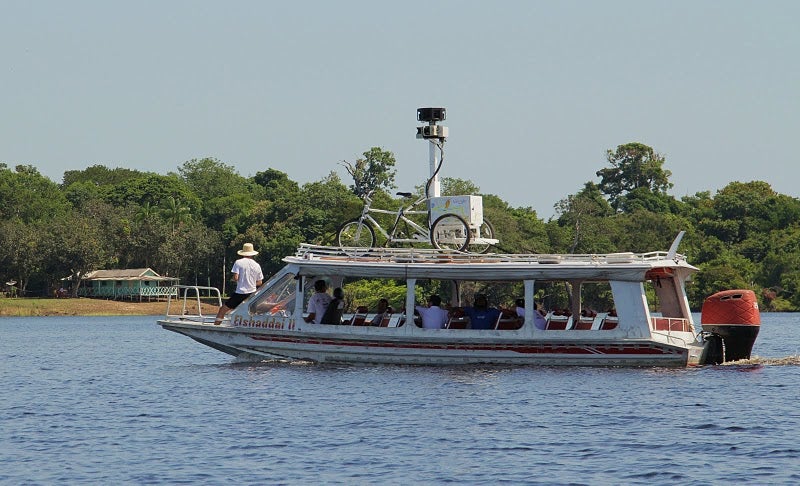 Google’s Street View is already available on all seven continents, providing pedestrian-level vistas of everything from Stonehenge to Antarctica to your own childhood cul-de-sac. Soon, it will be available in some of the planet’s most remote places: The villages of the Amazon rainforest.

Google is documenting the Amazon and Rio Negro rivers, floating the company’s Street View-equipped tricycle atop a riverboat. Local residents will help take some of the pictures, and Google plans to leave some of its equipment in the Amazon so locals can continue doing the work, the company says on its blog.

Workers will pedal the Street View trike down dirt paths in remote Amazon villages, documenting regions that have never even heard of computers, let alone the Internet.

This is all being done in partnership with the Foundation for a Sustainable Amazon, a local non-profit conservation group. Google says the FAS approached the company two years ago and invited representatives to the area. The FAS believes an Amazon Street View (River View?) would help people understand the area on a more intimate level — they’ll see what a village really looks like, and what it would be like to work in an Amazon school.

“It is very important to show the world not only the environment and the way of life of the traditional population, but to sensitize the world to the challenges of climate change, deforestation and combating poverty,” said FAS project leader Gabriel Ribenboim, speaking to the BBC.

Google is starting out with a 30-mile stretch of the Rio Negro River, extending from the Tumbira community near Manaus, the capital of the state of Amazonas. No word on whether the native populations are worried about their privacy.