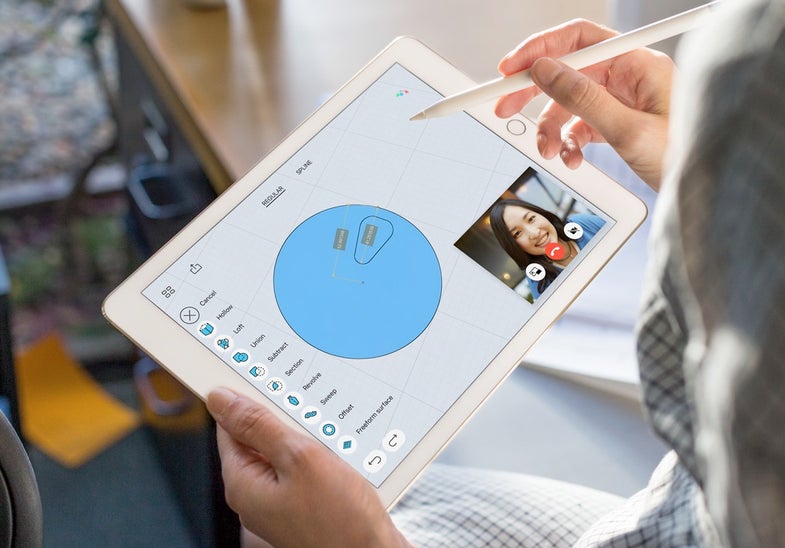 The iPad Pro saw a new device added to it family today. During Apple’s event over in California the company unveiled to the world a smaller iPad Pro. Sizing up at 9.7 inches compared to the original iPad Pro‘s 12.9-inch screen, the device offers up pro features to those who prefer a smaller form factor for their iOS tablets. But the screen-size is a familiar one for anyone who’s used an iPad before.

In the past, Apple has named their iPads based on size. The iPad Air signified the slimmer version of the company’s original 9.7-inch tablet. The iPad Mini is the smaller, 7.9-inch slate device. For the first time with the iPad Pro, one iPad name occupies two screen-sizes. And there’s now two different iPads at the same screen size, the iPad Pro 9.7-inch and the iPad Air 2. So how are they different?

The new smaller iPad Pro is the same size as the Air 2. Here’s how they’re different.

The original iPad Air 2 offers wifi and cellular models of 16, 64 and 128GB of storage–though now only the smaller two versions are still available for sale. The 9.7-inch display offers a 2048-by-1536 resolution at 264 pixels per inch. Users are looking at an A8X processor with M8 motion coprocessor for collecting barometric data, compass data, accelerometer and gyroscope data and more. Those looking to use their tablet as a camera can expect an 8-megapixel rear camera and 1.2 megapixel front-facing one.

The 9.7-inch iPad Pro announced today packs better hardware in a similarly-sized device to the iPad Air 2. Those wanting more storage space can enjoy 32GB instead of the 16 offered in the base model iPad Air. 128 or the humongous 256GB is also offered as higher end versions. Unlike the iPad Air, the small iPad Pro has two sets of stereo speakers. Like the larger Pro model, the iPad checks the accelerometer to see how you’re holding the device and adjusts sounds from the speaker accordingly.

Apple’s newest tablet device also offers an A9X processor inside and the M9 processor–up from the Air 2’s A8X and M8. And the camera on the smaller Pro model weighs in at 12-megapixels on the back and 5-megapixel on the front (more capable than the cameras even on the larger iPad Pro). The iPad Pro small’s camera, like the iPhone 6S, protrudes from the back of the tablet. But most importantly, the newest iPad Pro can be had in Apple’s Rose Gold color.

The tinier iPad Pro looks like the iPad Air 2 from afar, but offers some visual differences. In addition to the added speakers, Apple’s included their True Tone display with this version of their iOS tablet. Using ambient light sensors, the display adapts the colors onscreen based on the lighting in your environment.

The iPad Pro, unlike smaller and no Pro-er iPads, will carry support for Apple’s Pencil stylus. While this may not change anyone’s decision to buy the small iPad Pro, others might appreciate the option of using the company’s first-party stylus option in the future. 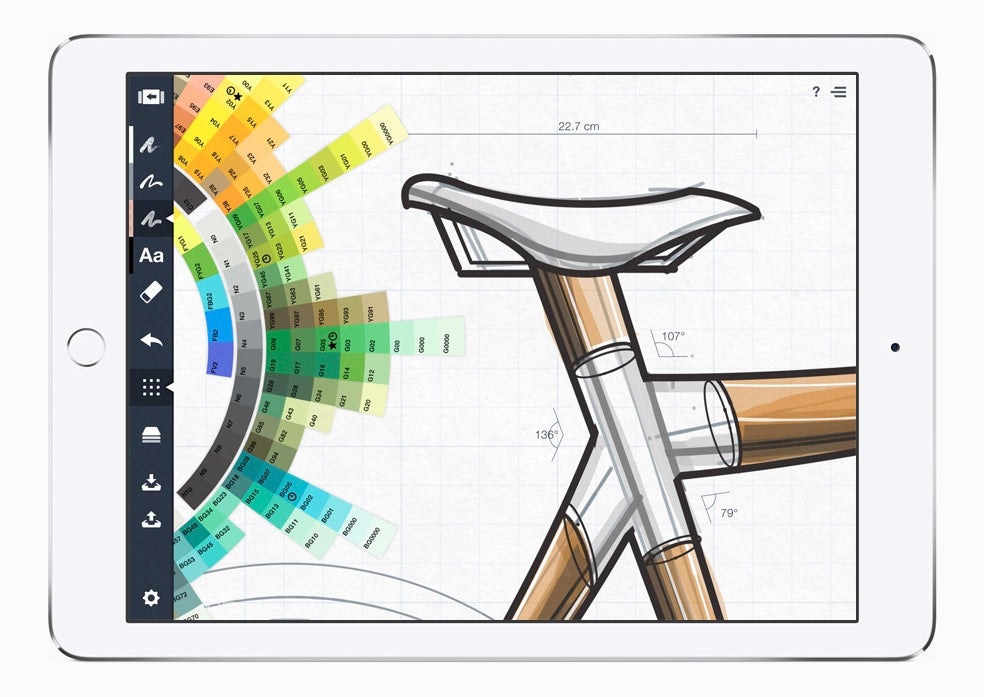 The iPad Air 2 and the small iPad Pro may look the same, but they definitely don’t cost the same. Apple still charges $399 for the iPad Air 2 at the very least. Upgrades to a 64GB version increase the price by $100 increments and picking a cellular-capable model–allowing for internet on the go–bumps the price up an extra $130.

The iPad Pro small will start at $599. For the 128GB version, users are looking at paying $749 and then $899 for a 256GB version. The tiny iPad Pro may not increase in price in neat $100 increments, but the amount of storage offered is among some of the best in Apple’s lineup of tablets.

For those interested in the 9.7-inch form-factor, the small iPad Pro at the very least is a good future-proofing option. Aside from the pink (sorry, “Rose Gold”) model, the iPad Pro looks similar to the Air 2 on the surface.

But the larger storage space, better speaker arrangement, Pencil support and usage of True Tone color make it a more feature-filled product. But because the Air 2 runs many of the same apps and offers just as clear a screen, the faster processor and added abilities may not signify a must-buy product in the smaller version of the iPad Pro. If anything, the Rose Gold color will do that.