iOS 9.3: Our First Hands-On Impressions Of The Upgrade

We test Night Shift on the iPad Pro 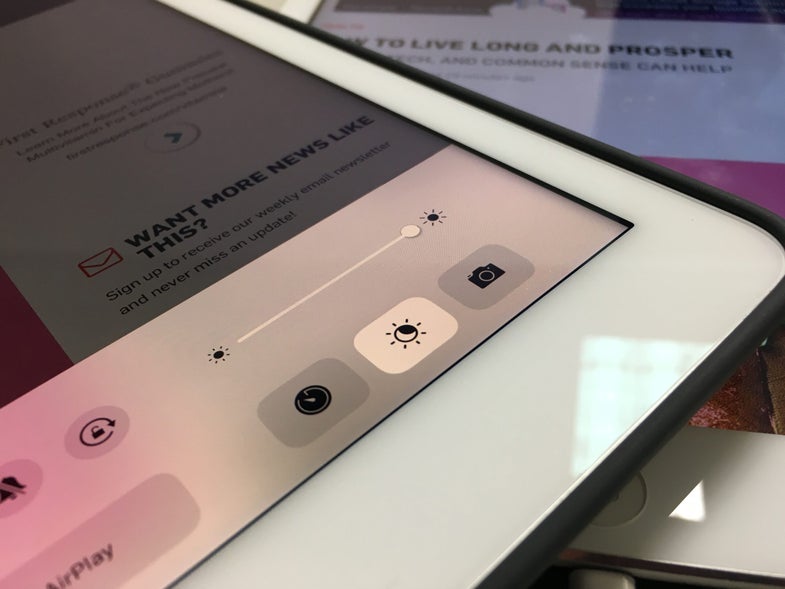 Apple introduced its iPhone SE and smaller iPad Pro on Monday. But that wasn’t all Apple fans can look forward to—the company closed out the day with the release of its iOS 9.3 software update. There are many changes tucked within the latest version of Apple’s mobile operating system, but the biggest may be Night Shift.

As fans of the recently banned iOS app f.lux (which did the same thing) could tell you, Night Shift changes the colors on your device’s screen to a warmer tint at night. Some research says the orange-colored light is better for one’s evening brain than the blue tint (which the brain associates with daytime).

So how well does Night Shift work? Pretty well. At least as well as you’d expect.

The tint of your screen changes in exactly the same way it does for those who have used f.lux on their iPhone in the past, or currently on their desktop computer. After a certain time of day—which you choose in the Settings app—the color shift will kick in, making whites look more orange and less blue. The effect is an interesting one. You may notice the change in color only briefly. After getting used to the adjusted hues, seeing the older, bluish screen was jarring. Our eyes felt more comfortable looking at the orange-tinted screen provided by Night Shift. Whether or not this led to a better night’s sleep, however, has yet to be determined. 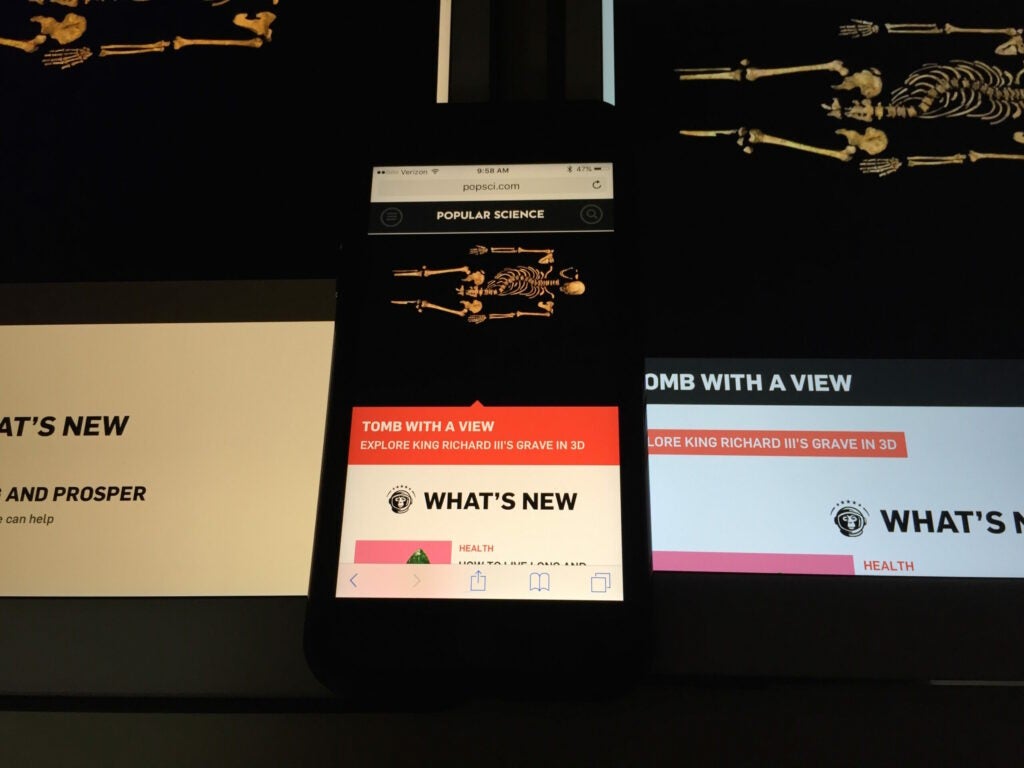 Apple’s Night Shift works similarly to the app the company banned from iOS, f.lux. We put this iPhone 6, running a jailbroken version of iOS 9.0.2 and f.lux, next to our two iPads, one with Night Shift. Unlike Night Shift, f.lux can change the color of your screen based on your location as well as the time of day. Once it’s nearing night time, f.lux kicks into high gear and saves your eyes from jarring blue light. We manually set our device to f.lux’s “Fluorescent” setting. The tint wasn’t exactly the same as Night Shift’s, but f.lux lets you choose among “Candle,” “Incandescent” settings, and more, so you can pick your favorite level of orange. Night Shift allows you to pick a setting between “Less Warm” and “More Warm” to choose your tint level, but leaves out the option of automatically switching color based on your location.

Apple’s new 9.7-inch iPad Pro does offer color-changing abilities based on your surroundings. The feature, called True Tone, changes the tint on screen under different lighting conditions to attempt to replicate light reflecting off a page. Similar to how a page of a book looks blue when viewed outside on a sunny day, yet yellow when indoors reading at night. 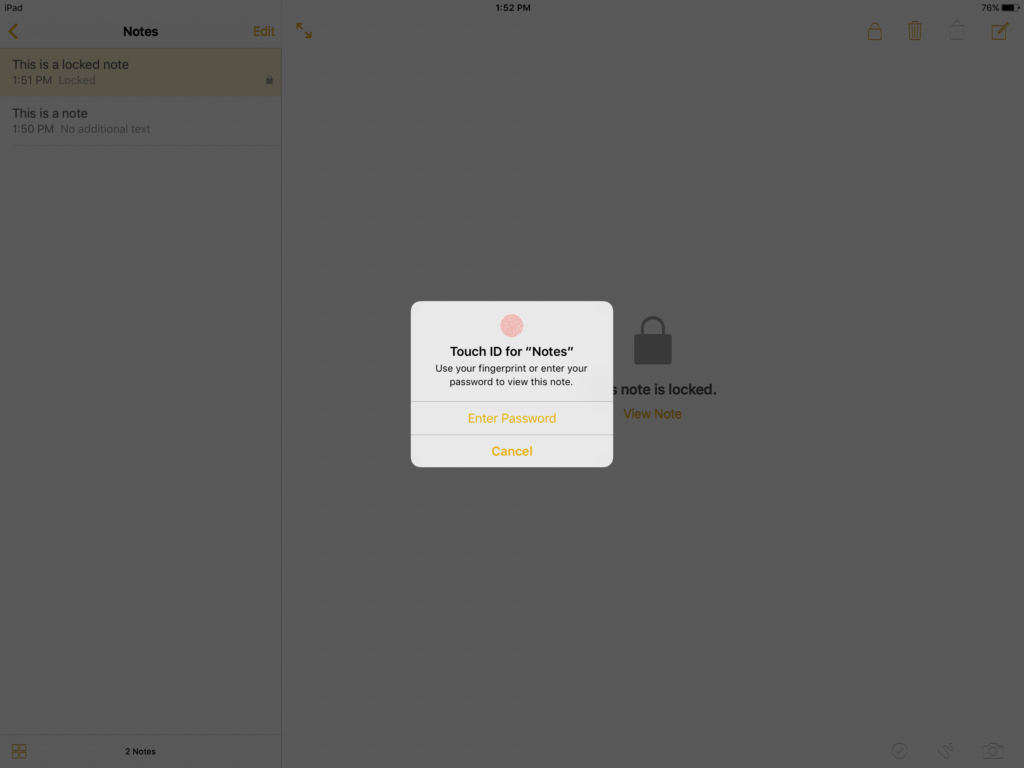 You can now lock notes with your fingerprint

Night Shift may be the biggest feature added in iOS 9.3, but there are smaller inclusions worth noting as well. Third-party apps have been able to make use of the devices’ built-in fingerprint sensor since iOS 8. But few of Apple’s first-party apps have made good use of the system. Now one more Apple app will receive fingerprint privacy measures.

By default, Notes now offers the ability to protect individual note files with your fingerprint. After creating a note, users can tap the lock icon in the top right to secure their information. Attempting to access the note will prompt users for their prints. While it’s not the system-wide implementation of fingerprint-protecting apps that some users have requested, and which we’ve seen with jailbreak apps like BioLockdown, it’s better than no protection at all.

Verizon users {only Verizon? why?} can look forward to wi-fi calling built in to the iPhone now. And 6S users can expect new quick actions when force-touching the Compass, Weather, Settings icons and more. And for those with multiple Apple Watches, you can now pair two at once. All while you speak Finnish, Hebrew, and Malay to Siri, which she now understands.

iOS 9.3 is supported across all iPhones, 4S and newer, all iPads 2 and newer, and iPod Touch’s generations 5 and 6. The update is a relatively minor one, but something tells us that those who begin to use Night Shift will have a hard time going back.