This Company Wants To Put Your Children To Work 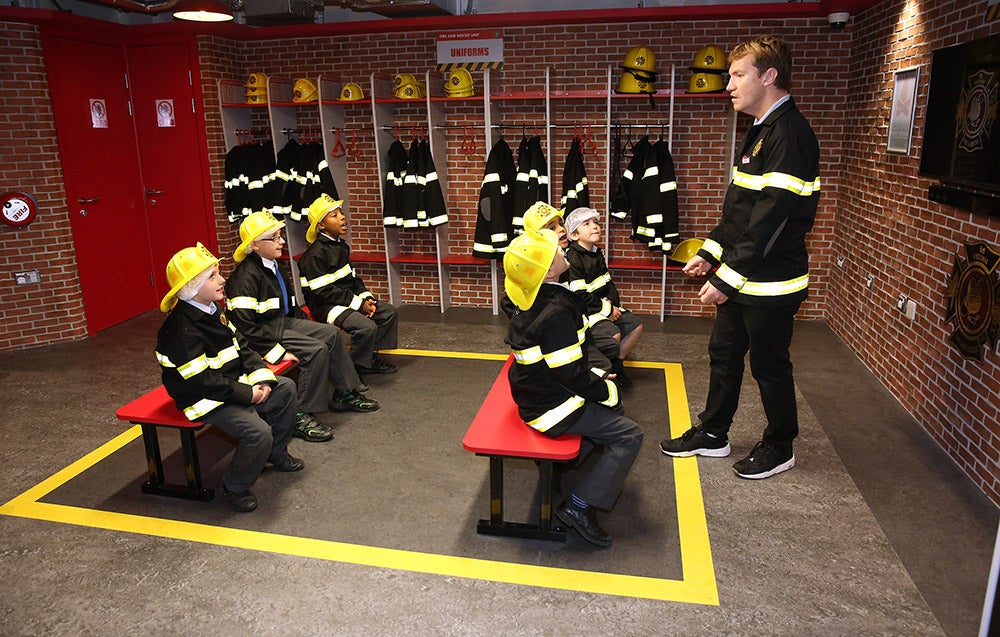 Ever wish you could send your child out into the workplace? Yeah, it’s mean, but kids actually seem to enjoy it. KidZania is an indoor theme park chain of scaled-down cities where kids aged 4 to 14 go to work in miniature versions of adult jobs.

Each job lasts 20 to 30 minutes and is supervised by an adult. Franchises have around 70 different jobs per location, each run in partnership with a company sponsor (Hyundai lets kids be car designers, Microsoft lets them work as computer programmers, and so forth). Each job occupies its own building in the mini-city.

There are 23 KidZania locations in 19 countries, and plans are on for the U.S. to get its first franchise.

“We expect to announce the first U.S. location this year,” says Enrique Mena, KidZania’s chief of staff.” The company’s focus is on Chicago, New York City, Dallas, and Los Angeles, with Houston, Pittsburgh, and Atlanta also under consideration. ““As a Mexican company, we believe we have only one chance in the U.S. to make it right. Our experience proves that being located in a shopping mall works better,” says Mena. “With many department stores closing in many U.S. malls, that gives us an opportunity to find real estate inside existing malls.”

Parents shop, and kids earn a paycheck in tokens, with which they can buy toys and snacks in kid-staffed shops. And they even pay taxes. Child tax officers help other kids report their taxes. Kids file returns for each job they’ve completed during their visit to KidZania, and then they receive a tax refund (in kidZos, the in-house currency) based on how many jobs they’ve done. Fun!

Here’s the kind of grind your kids can expect:

KidZania London opened in June 2015, with part of a decommissioned Airbus A319 in its airport terminal. It took a team of technicians, electricians, and welders to sever the front of the airframe for transport and refurbish the cockpit’s twin yokes, rudder pedals, radio stacks, switch stacks, navigation equipment, and gauges, and add LED lights to make flying the plane seem as real as possible.

After practicing in the real cabin, young pilots head to simulators in the rear fuselage, past the first four rows of passenger seats, where aspiring flight attendants do their jobs. In the simulator cockpit, they run engines, navigate, and maneuver the jetliner with control panels hooked up to three flat-screen monitors that stand in for cockpit windows.

Mexico City’s flagship KidZania park has a real, working recycling center and drop-off site where people can leave paper, aluminum cans, and plastic cartons. The 7/10-scale machinery had to be custom-designed to be easy enough for kids to operate while also being fully functional. Cans go to the compressor, and plastics and paper go to the shredder. Once everything’s turned into blocks of uniform material, kids package it up and send it out the door to be recycled into something new.

Everything’s scaled down to 4/5-size in KidZania Tokyo’s underground subway station. Train drivers in the comfort of the station use simulator consoles, but the two maintenance crews have to head into the underground tunnel to work on the rails and train car. Railway engineers use a track-straddling device that resembles a sawhorse with a hand-operated winch to lift faulty rails off the tracks and lower replacement rails. Rolling stock engineers use an electrical panel to raise the train car’s body off its undercarriage so they can diagnose (pre-programmed) malfunctions in the wheels and replace broken parts.

Production begins by pouring milk and simulated folic acid, niacin, and vitamins A, D, B5, and B12 into mixing silos. Flicking a switch pumps the mixture into a mock pasteurizer.

“Since the pasteurization process takes very long in real life, this is a mock-up process to show the kids how this process is done,” says Mena. They manipulate a set of gauges to bring the temperature of the yogurt up to 167° F and then send it through a cooler to bring it back down to 39° F. Pulling a lever adds cultures to the mixture in a see-through silo, where they watch the yogurt separate as fermentation begins. At the production line, kids pick and mix in a flavor, after which the frozen yogurt is packaged and labeled by a machine, and given to the kids to eat.

Kids assemble two 7/10-scale Formula racecar mock-ups – one gasoline and one electric. On a bare gasoline-powered Formula 1 car, they install an engine block, transmission, fuel pump, fuel tank, and exhaust pipe, and on a bare electric-powered Formula E car, they install an electric motor, transmission, battery, charger, and regenerative braking system. It took Renault and KidZania 400 hours of R&D over five months to build the mock-ups’ bodies and frames out of fiberglass, polyurethane, and steel tubing to resemble the real cars. Renault had to custom-design the wheel assemblies and pneumatic impact wrenches for kids to practice pit-stop tire changes. 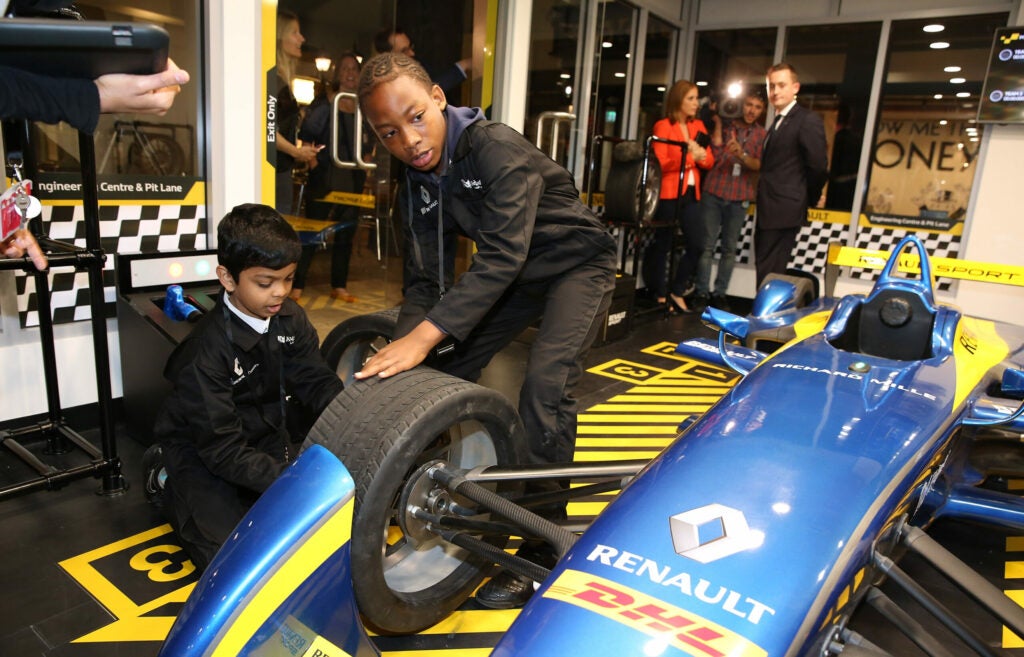