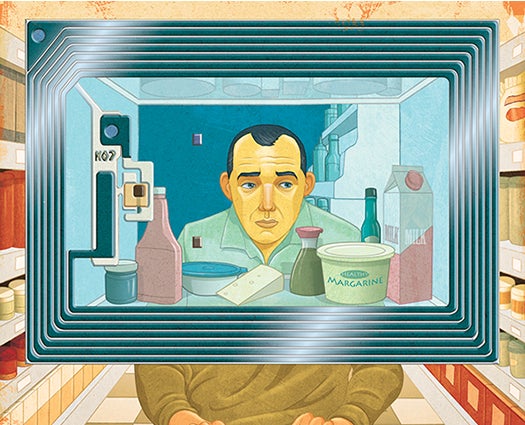 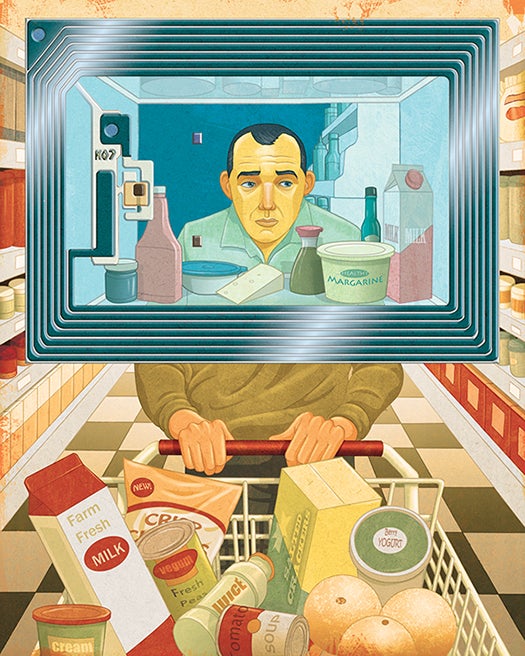 Electronics manufacturers have a terrible, misleading habit. They slap a touchscreen and Wi-Fi radio on an appliance and call it “smart.” But in reality, access to Epicurious recipes and Facebook feeds doesn’t impart a refrigerator, or any other appliance, with real intelligence. They can’t think on their own; they just have a flashy new interface. To be smart, appliances need to be aware of their surroundings and adapt to them, a reality that’s only a few years off.

Manufacturers have spent the greatest amount of time fiddling with the most commonly used household appliance: the refrigerator. In the early 2000s, GE set the benchmark, demoing a prototype refrigerator that kept track of groceries and compiled shopping lists based on what was—or wasn’t—inside. Trouble was, for the system to work, users had to scan barcodes every time they put in something new. Last year, LG showed off a fridge with similar features, but it suffered from the same problem: a lack of automation. Without that, neither fridge has found much success in the marketplace.

The key to automation is to allow the fridge to sense what’s in it, which a low-power radio-frequency identification (RFID) system can accomplish. A group of computer-science students at NYU mocked up a concept. In it, a reader in the fridge scans RFID tags, which incorporate a short-range antenna and can store all the same information as a standard UPC code so that an internal computer can log a running tally of contents.

The computer could know how long a product has been there and alert users to impending expiration dates.

Currently, shippers and warehouses use RFID tagging systems to keep tabs on large containers. The tags cost a few cents each, so it isn’t economical to add them to millions—or billions—of supermarket items. But that could soon change. Thinfilm, a Norwegian company, has developed a method to digitally encode information onto a flat label for a fraction of the cost of other RFID tags. The Thinfilm process imprints components onto a plastic substrate much like an inkjet printer on paper. The company plans to roll out the first implementations—likely for tracking pharmaceuticals and food shipments—next year.

Putting sensors, a computer, and Wi-Fi into appliances can help consumers in a number of ways. In the case of a fridge, it could know how long a particular product has been there and alert users to impending expiration dates. An Internet-accessible inventory could also help shoppers stop buying food they don’t need. In fact, such a system could automate grocery shopping entirely. Users could sync their inventory with an AmazonFresh or FreshDirect account, allowing the fridge to restock staples all on its own.