Play A Chord And This Database Will Guess Which Comes Next

Hook Theory mined data to see how chords are used, then mapped them. 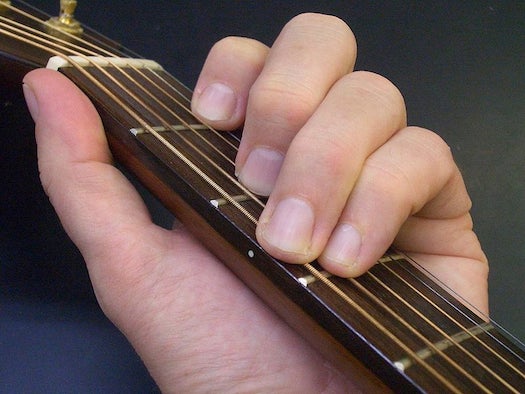 Pop music might come off as formulaic sometimes, and, to some extent, that’s probably true. Hook Theory is a song database, and after analyzing 1,300 popular songs, looking at the chord progressions in each, it spit back some pretty cool visualizations.

It’s a lot of fun to look at, and there’s a blog post you can read about the statistics uncovered from it, but the most interesting part is probably that it can predict what chord will come next in a song.

For example: If you’re playing in the key of F and move to an A minor chord from an F major, popular songs are 67 percent likely to follow it up with a D minor chord. The Beatles’ “A Day In The Life” follows that progression; so does “Float On” by Modest Mouse. (You can play the songs on the Hook Theory site if you want to hear the progression for yourself.) 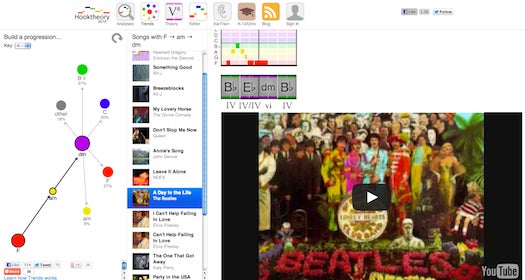 Interesting stuff, and could be useful to musicians wanting to learn more about what works, or who are intent on doing something different. Or who just want to watch the chord progressions in “Call Me Maybe.”