US national parks are becoming isolated "habitat islands," but linking them with corridors could help conserve wildlife. 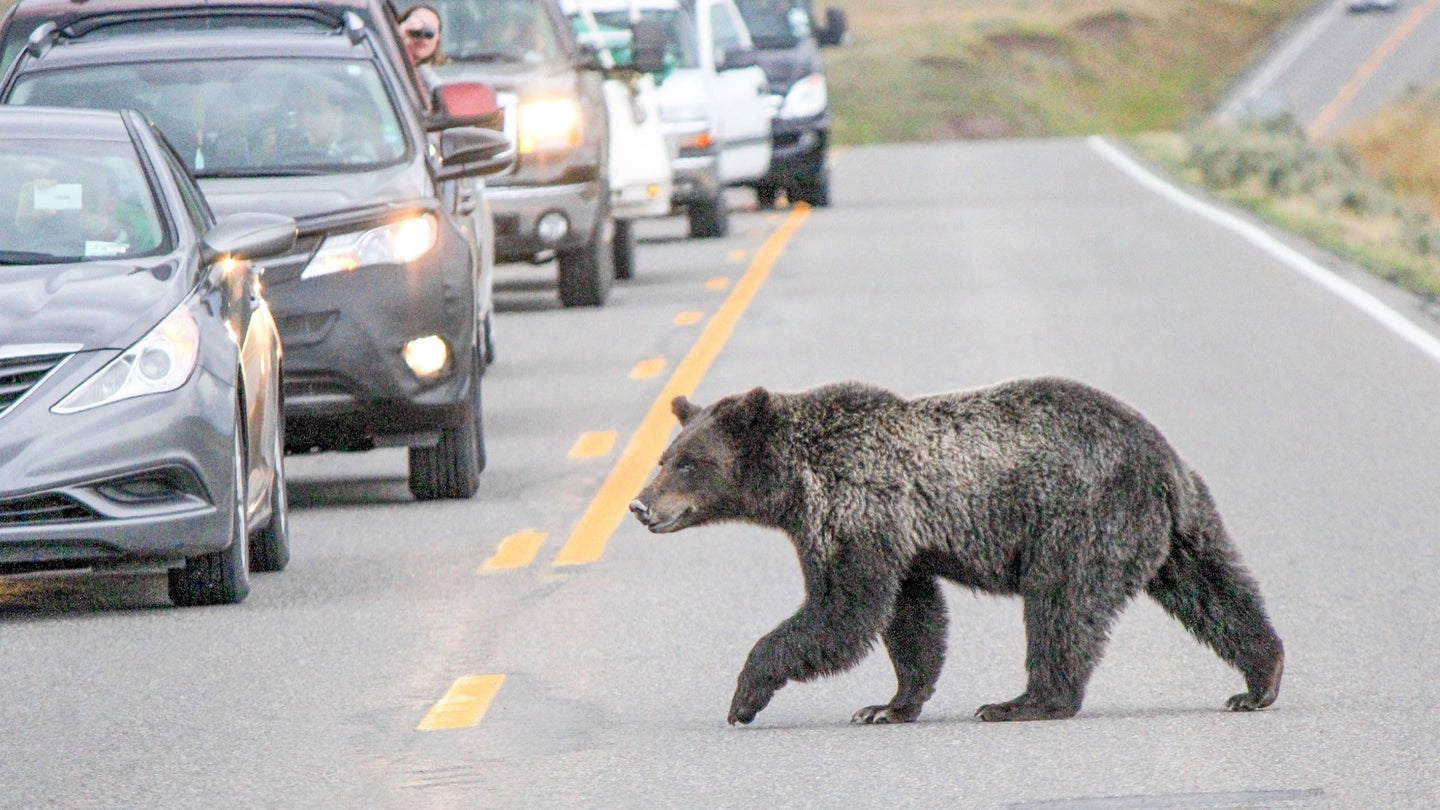 National parks are the few places left in the continental United States where wild animals can roam free. In recent years, however, many mammals on these protected sanctuaries have come under pressure from roads and highways surrounding parks that restrict their migration, and other human activities like development that force them to move.

A new study focusing on western US national parks suggests that connecting them could give mammals like grizzly bears, wolverines, mountain lions, and gray foxes a few hundred more generations to live. The authors hope the study, published on January 11 in Scientific Reports, will push the Biden administration to support these linkages as part of their pledge to protect 30 percent of the United State’s habitat by 2030.

“We believe this probably would be the most beneficial protection of lands to protect large mammal communities of any place in the US,” says William Newmark, lead author of the study and a conservation biologist at the Natural History Museum of Utah. “So this should definitely be a priority for the Biden administration’s efforts to protect 30 percent of all lands.”

The team chose corridors already known to be the safest and easiest paths for mammals to migrate between the parks. They also considered if the corridors were adjacent to wilderness areas and if they intersected known migration routes. Based on these conditions, they identified four corridors between Yellowstone and Glacier and one corridor between Mount Rainier and North Cascades.

After conceptualizing these two protected area networks, they then calculated how rapidly medium and large mammals larger than about a pound in size would disappear in the networks compared to their individual parks. The persistence time, or the length of time that a species will survive in a habitat fragment like a national park, by 4.3 in a hypothetical network that incorporates not only the parks, but also the corridors, adjacent wilderness areas and known migratory routes.

“We’ve known that larger patches of habitat support more species for longer periods of time than smaller patches, and practically this means that animals in isolated parks and reserves will eventually go extinct,” Dan Blumstein, a conservation biologist and professor at UCLA who was not involved in the latest study, wrote in a statement to Popular Science. “The statistical approach Newmark and his colleagues used here shows the value of connecting isolated parks and can inform the basis of increased land protection,” he explained.

If built, the corridors to connect these national parks would run almost entirely through public lands managed by the US Forest Service and the Bureau of Land Management. Less than 4 percent of the corridors the study’s authors proposed would be on non-public land, Newmark says. That non-public land is largely in reservations managed by tribes or private farm land. Newmark says he doesn’t imagine any situation where the government would force them to sell the land, which is a tactic used to build railroads, national parks, and other public projects known as eminent domain. Instead, he believes landowners either reach an agreement to amicably sell the space to the government, swap land with the government, or allow for conservation easements, which are voluntary legal agreements that prohibit development of the land.

Newmark says that medium and large mammals are among the most threatened species in the continental United States. Creating networks of national parks would be a cost effective tactic to conserve large mammal communities, he says. Those land connections could be even more important under a changing climate.

“Our national parks are increasingly becoming habitat islands in a sea of human-ordered habitat,” Newmark says. “By linking these parks, not only do you address the adverse effects of habitat fragmentation and loss on species and habitat remnants, but you also allow species to more readily shift their geographic ranges in response to climate change.”