A waste heat engine would allow a robot to feed off grass, furniture, and dead bodies 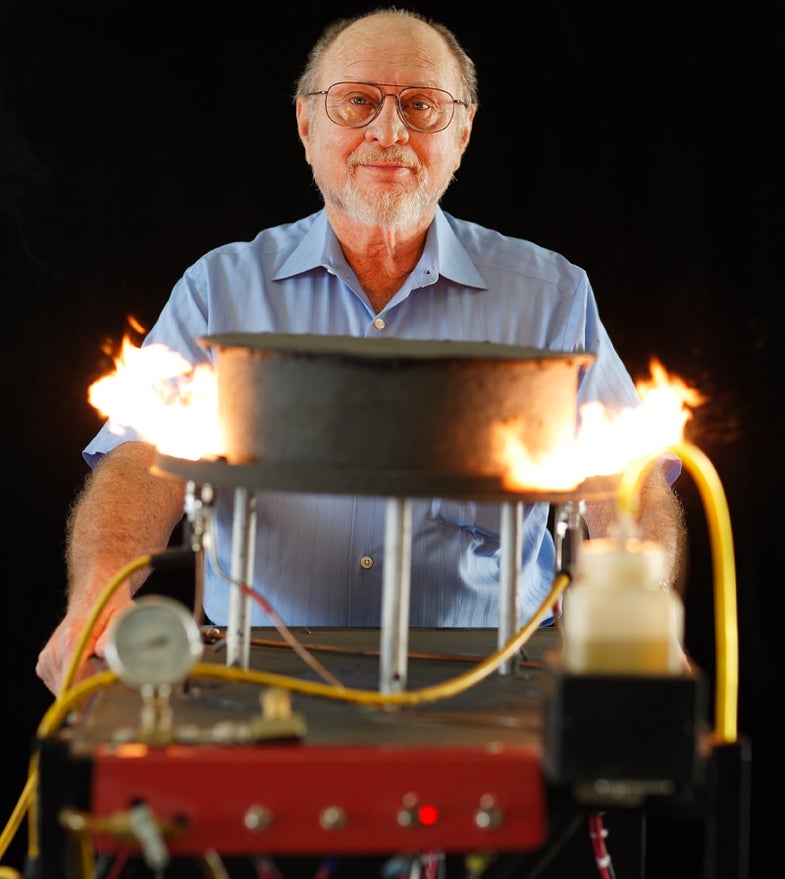 A DARPA-funded robot that refuels itself on wood, grass–even decaying biomatter–whatever it can consume has met its perfect match–a biomass engine system called the Cyclone which we featured last year in our annual Invention Awards. Cyclone has just completed trials of their engine that will eventually digest EATR’s foraged meals into power, just like Mr. Fusion.

The Energetically Autonomous Tactical Robot (EATR) is a prototype military reconnaissance ‘bot that could keep going and going, except that it’s not dependent on long-lasting batteries. The robot would instead use a waste heat engine developed by Cyclone Power Technologies to continually fuel itself on plants and other biomass from the surrounding environment.

Cyclone announced yesterday that it had completed the first step toward powering EATR by connecting a steam generator with a biomass furnace. That should provide enough steam to power Cyclone’s six-cylinder, 16HP waste heat engine, which will eventually be incorporated into the EATR prototype currently under development at Robotic Technology Inc.

The engine’s waste not, want not philosophy impressed PopSci enough to capture one of our Inventions of the Year for 2008. It’s always great to see the innovations we honor in their earliest stages go on to prove successful. You can check out 2009’s Invention Award winners here, to see who you’ll be reading about next year.

Speaking of waste not, a scientist previously listed the possible sources of biomass fuel as being “grass, broken wood, furniture, dead bodies,” according to Peter Singer, a defense analyst at the Brookings Institute and author of Wired for War. Just in case you thought that a green robot is a sissy robot. Yikes.