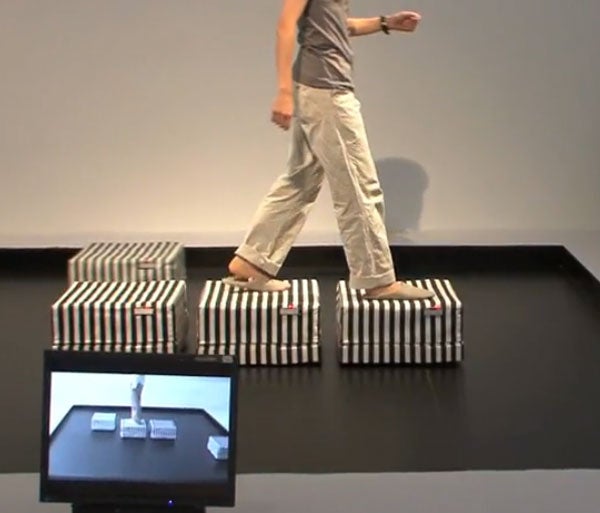 Japan certainly hasn’t let the recession damp its enthusiasm for all things robot, even if much of the robotic workforce still suffers from unemployment idleness.

The robot tiles emerged as the brainchild of Hiroo Iwata, a virtual reality researcher at the University of Tsukuba in Japan. A touch-sensitive conductive fabric covers each robot and gauges the pressure applied by a walking person’s foot, which goes toward predicting the next step.

Ultrasonic sensors also help relay position and orientation of each tile back to a central computer that acts as the conductor. It’s an oddly serene robotic ballet, even when two tiles have queued up to move down the line.

There’s not much obvious practical use, although Iwata has suggested that the tiles could work well for a virtual reality simulator and provide the sense of going nowhere fast. Now, if those robotic tiles could fly …