Will the First Elevator to Space Be Inflatable? 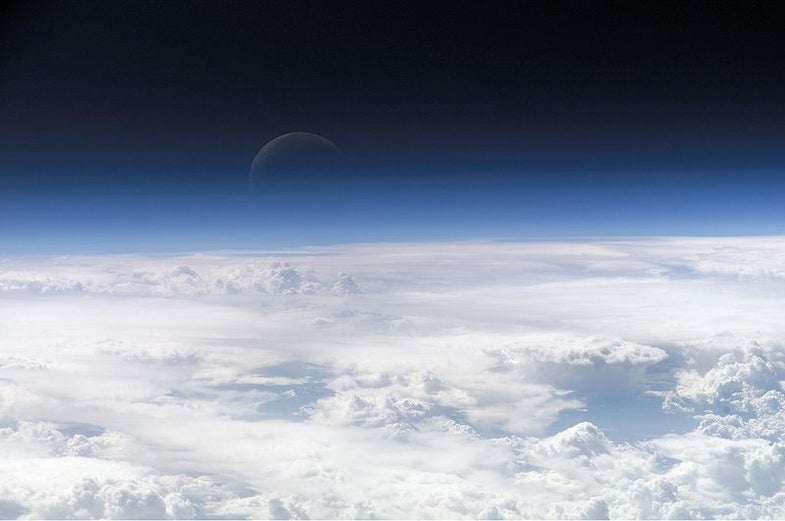 For a few years now, we’ve been excited about the possibility of a cable-based space elevator as an alternative to expensive rocket launchers. To date, though, the various attempts to make it happen–including annual contests and Japan’s recent initiative–have come up short. The problem? Space elevators have one major hang-up: most designs call for braided cords of extremely strong nanotubes, which unfortunately don’t exist yet.

While we don’t have any breakthroughs to report on that front (sorry), we do have something better, or at least more promising: A team of scientists at Toronto’s York University have recently suggested that inflatable pneumatic modules (which do exist, and are already used in some spacecraft) could be assembled into a 15-kilometer-high inflatable tower that, placed atop a mountain, would bring us to the edge of the atmosphere. The modules in question are helium-inflated Kevlar-polyethylene composite tubes.

True, 15 kilometers up is not quite outer space, but at that altitude, we’ll still get a view of the upper atmosphere similar to that from space and a place for atmospheric study, telecommunications uses and a platform for sending things further up.

The Canadian researchers have already tested the idea, albeit at a smaller scale: their 7-meter model is composed of only six modules, whereas the 15-kilometer version would be made up of 100, and would weigh 800,000 metric tons when pressurized. Proportions aside, there are a few other kinks standing in the way of making the towers a reality. Still, it’s by no means a pipe dream.