SXSW 2015: What IBM Has Cooking For Chef Watson’s Future

Can we interest you in a black olive-cherry compote? 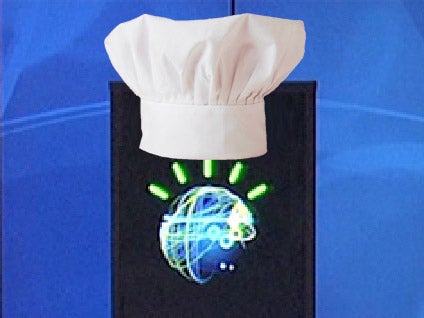 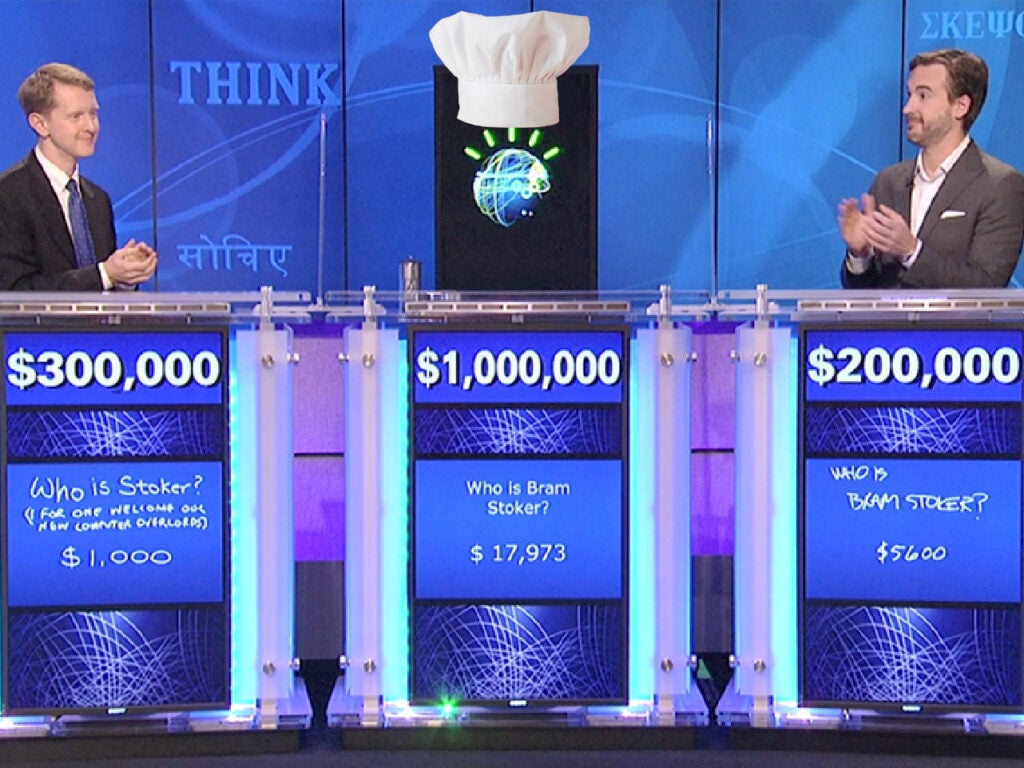 Last year at South by Southwest, one of our editors was lucky enough to taste a kebab designed by IBM’s Chef Watson. This year, my stomach grumbled–the only food in sight was an assortment of images projected onto a screen–while a panel explained how Watson became so good at creating offbeat recipes and inspiring professional and home chefs.

At the beginning of it all, Watson needed to learn about food. To do that, Chef Watson lead engineer Florian Pinel fed the computer USDA data on nutrition facts and chemical information from the VCF database–VCF stands for Volatile Compounds in Food. Volatiles play a big role in making foods smell and taste good. Wikipedia taught Watson about associations between different ingredients and cuisines, while a research study that looked at peoples’ responses to smelling certain ingredients helped to label foods for boldness of flavor. And finally, the basis of Watson’s recipe knowledge comes from Bon Appétit magazine’s database.

IBM also had to teach Chef Watson how to understand those recipes. “There’s a lot of implicit references in recipes. The way they are written, for example, they’ll say ‘chop the vegetables, reserve, then sauté in a pan.’ Sauté what in a pan? As a human you know, but as a machine it’s much harder,” Pinel tells* Popular Science*. “That’s a new [natural language processing] challenge we found. It has been a lot of fun solving it.”

But why would you want a computer to tell you what to make for dinner? Because Watson doesn’t enter cooking decisions with the same biases and tendencies as humans–though apparently Watson is fond of suggesting coconut milk in recipes–it enables both home chefs and professional chefs to explore unusual combinations from olives and cherries, to apples and olive oil. But don’t ask Watson for advice on what to cook with sea urchin. That’s not part of its knowledge bank yet. You can request beta access to try out some of Chef Watson’s recipes here, or read the book Cognitive Cooking with Chef Watson: Recipes for Innovation from IBM & the Institute of Culinary Education, which will be released in April.

As for the future, the team charged with designing Chef Watson, called Watson Life, sees the Chef Watson model as something that can go far beyond changing the way we think about recipes. For example, Watson can help cut down on food waste. Celery, sour cream, fresh herbs, citrus, and bread are the most frequently wasted foods, so Pinel’s team worked with Chef Watson to create a recipe that incorporates all of those ingredients. Some day, Watson might be able to help with designing recipes around what you have in the fridge that’s about to go bad.

Beyond food, we may someday see Watson used for discovering drugs, inventing perfumes, or decorating our homes. “[With Chef Watson], we do it with flavor, we do it with synergy, we do it with surprise. But for interior design, we would be optimizing the distance you have to walk from the couch to the TV or something,” says Watson Life director Steve Abrams. “This is really a metaphor for what we could do in other industries.”

This week, Popular Science was at South by Southwest in Austin, Texas, bringing you the latest technology and culture news. Follow our complete coverage at popsci.com/sxsw