If you're afraid of heights, this might make you dizzy When the 2,073-foot Shanghai Tower opens in April, it will stand as the world’s second-tallest building, after the Burj Khalifa in Dubai. That makes it a prized summit for urban adventurers; Vadim Makhorov and Vitaliy Raskalov illegally climbed the unfinished structure–and the crane atop it–to get this shot. Engineering the 127-story tower was itself an enormous challenge. “Wind is the biggest force on this building,” says Marshall Strabala, the project’s chief architect. To combat it, he designed a uniquely shaped double-skin facade: The 137-degree rotation of the outer glass curtain wall cuts wind loads on the tower by 28 percent. “If you twist an airplane wing, it won’t fly,” Strabala says. “That’s the goal with a supertall building: You have to make it un-aerodynamic.”

40.3: Projected speed, in miles per hour, of the Shanghai Tower’s elevators–the fastest in the world 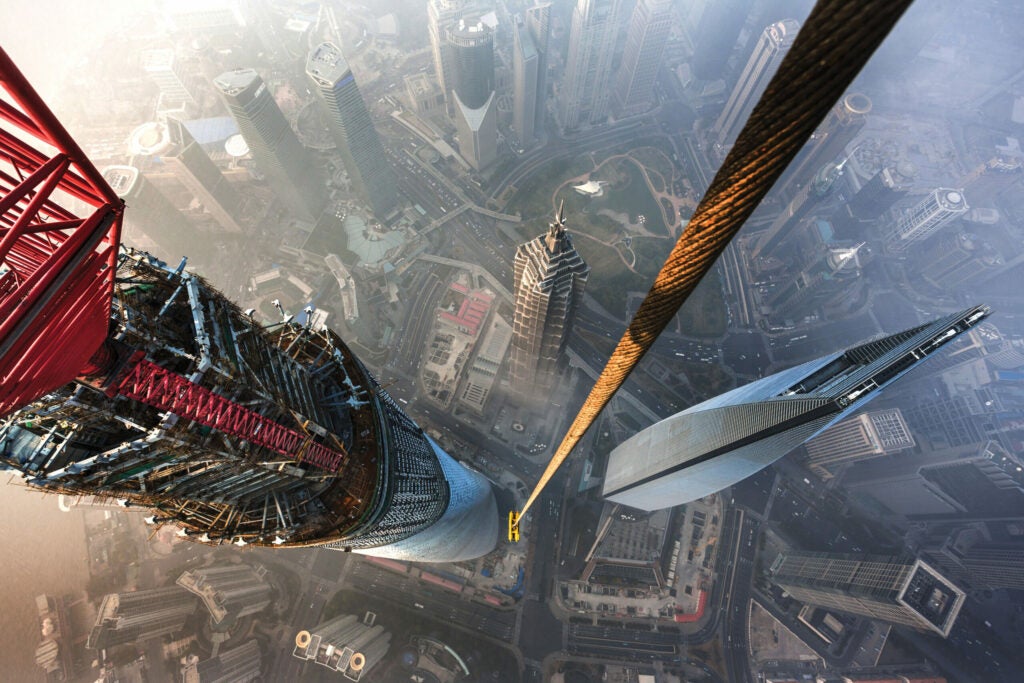