May Broke A New Record For Arctic Sea Ice Loss 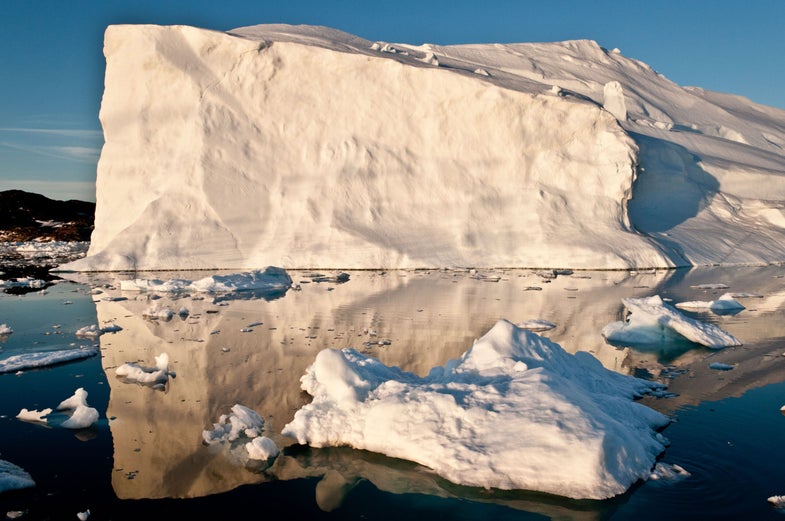 Even someone who marvels at the beauty of sea ice and tears up at the thought of glaciers can grow weary of news that sea ice is declining at rapid rates. But, this graph, produced by the National Snow and Ice Data Center, is a stark reminder that we’re speaking in extremes these days. In May 2016, the average arctic ice extent was 224,000 square miles below the previous record low month, which was in 2008. It’s also losing ice faster and earlier than years before.