LISA Pathfinder is a precursor to the largest experiment ever, and it's just getting fired up 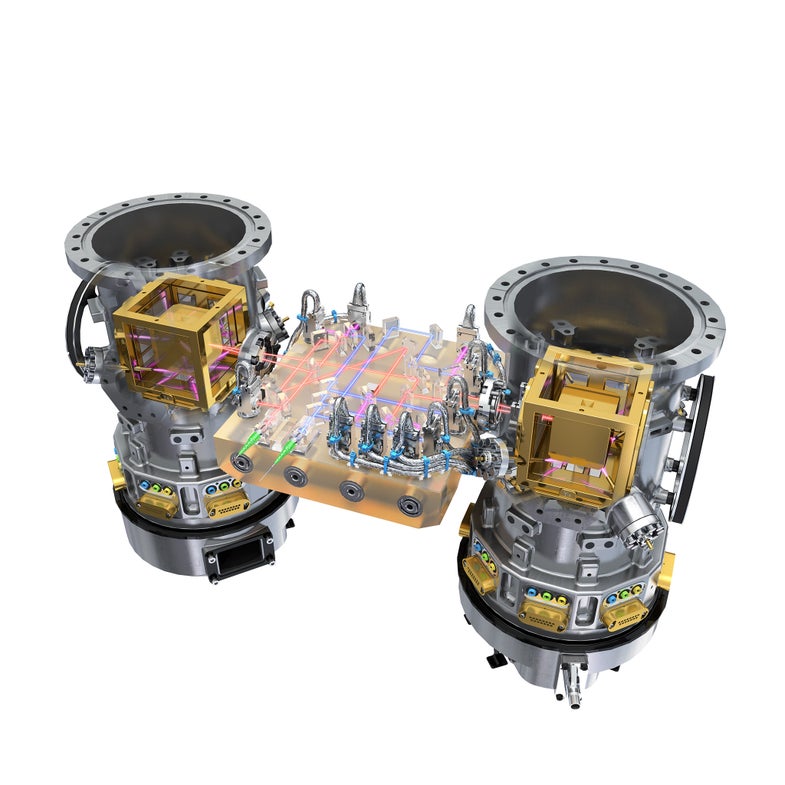 Gravitational waves are made by some of the most violent events in the universe, including black holes, exploding stars, and spinning neutron stars. These waves travel at the speed of light, and unlike other kinds of waves, they pass through heavy masses with no problem. If we could study them, gravitational waves could give us a whole new way to see the universe.

The era of gravitational astronomy has just begun. Last month, detectors on Earth sensed a tiny ripple in the fabric of space-time, caused by the collision of two black holes a billion light-years away–the first gravitational wave mankind has detected.

In the future, space-based detectors could provide another way to study these invisible waves, particularly those with longer wavelengths that an Earth-based detector might miss. But first, scientists at the European Space Agency are testing out some essential equipment on the LISA Pathfinder, which just began its science mission today.

LISA technically launched in December, but up until now it’s been undergoing tests to make sure it’s ready for primetime. Now the small spacecraft is doing what it set out to do: test the instruments that could someday be used in a space-based gravitational wave detector.

On Earth, the LIGO detector discovered the first gravitational wave by splitting a laser beam in two and directing each beam toward a mirror, which bounces the beam back to a detector. The mirrors are exactly the same distance apart, so the signals always return back to the detector at the same time. Except for one day in September 2015, when a passing gravitational wave distorted space-time, changing one of the mirrors’ distances ever so slightly so that the two signals didn’t reach the detectors at the same time.

LISA’s successor would do something similar in space. The experiments would compare two masses in freefall, separated by tens of thousands of miles of space. The weights would be surrounded by instrumentation that is constantly measuring the weights’ positions. If a gravitational wave should happen to pass by, the weights will jiggle and the distance between them will change by a nearly imperceptible amount.

Although LISA can’t detect gravitational waves, it’s testing out the basics of the experiment. It is constantly measuring the position of two 2-inch gold-platinum cubes, and using micro-thrusters to maneuver around to avoid touching the cubes when they’re disrupted by radiation or wind from the Sun.