Here's something to read while you avoid your family at cookouts 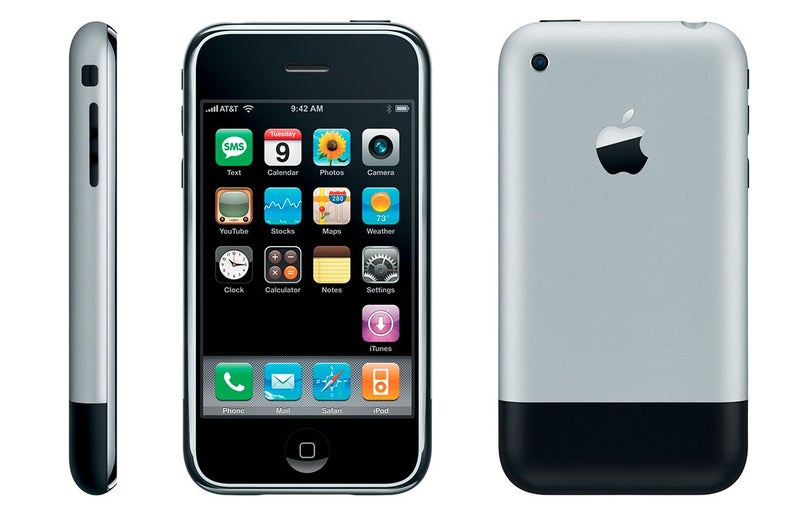 Some of you will be spending lots of time scrolling around your phone, hoping to avoid awkward family interactions at 4th of July barbecues. Lucky for you, some interesting stuff happened in tech last week and you can read about it right here in bite-sized chunks that are much easier to digest than your aunt Brenda’s ambrosia salad.

The iPhone had its 10th birthday last week. Hard to believe it has been a decade since Steve Jobs introduced us to this wondrous little rectangle. It’s even weirder to think that the App Store didn’t debut until a year later.

Nintendo officially announced that the Super Nintendo Classic Edition is officially scheduled for September 2017. It will cost $80 with two controllers, and come loaded with 21 games, including the previously unreleased Star Fox 2. It’s hard to get too excited since pre-orders sold out immediately and flippers are already trying to turn a profit on the secondary market, which suggests we’re headed for another boondoggle like the NES Classic Edition.

Two (Billion) Is a Crowd

Facebook officially broke 2 billion users last week. Shout out to your relatives who post awkward links and people you kinda remember from high school for helping Mark Z achieve such a monumental feat.

Anki updated its adorable Cozmo bot so kids can easily program it to do complex things like recognize faces. It’s part of a bigger push to help kids learn to code, which will be handy when automated bots are doing every single other job.

Nest introduced the new Cam IQ, which is pricy, but otherwise one of the best connected security cameras we’ve tried. Check out our full review.

The Petya ransomware outbreak is the latest massive cyber attack to cause havoc around the world. It hit everything from a German email provider to Merck, a large pharmaceuticals company here in the U.S.. This is not a trend we want to see continue.

The Aumi Mini is a smart nightlight that plugs into your outlet and flashes to give you notifications from your phone. It sounds like a good way to let your email alerts disturb your sleep , but it has built-in IFTTT integration for setting up complicated smart home interactions that could actually be useful. It’s also only $24 if you sign up for the Kickstarter.

Canon introduced its new 6D Mark II full-frame DSLR. It has upgraded autofocus, boosted resolution, and a fully-articulating screen, all of which are nice upgrades for a camera that was already solid. Critics have dinged it for not shooting 4K video, but the more egregious omission is a second memory card slot to backup photos as you shoot.

King of the Hill

The Faraday Future FF91 electric car wound its way up the famous Pike’s Peak road and you can watch it in this video shot from the cockpit. Looks like fun!

Jay Z released a new album called 4:44 and it’s exclusive to those who subscribe to his streaming music service, Tidal. Related: If any of you have a Tidal account, can we come over and listen?

The Samsung Galaxy Note 7 is most famous for exploding and getting itself banned from airplanes, but now it’s coming back in a limited release called the Fan Edition. There will only be 400,000 of them and they will only be sold in South Korea, at least for now. They will have different guts inside, including a smaller battery, which hopefully won’t burst into flames.

Model 3 passed all regulatory requirements for production two weeks ahead of schedule. Expecting to complete SN1 on Friday

Our buddy Elon was excited this week because the Tesla Model 3 passed its regulatory requirements and will start rolling out to customers at the end of the month. There will be a “handover party” for the first 30 customers.