Frankenviruses may have gobbled up host cells in order to grow

It was a dark and stormy petri dish… 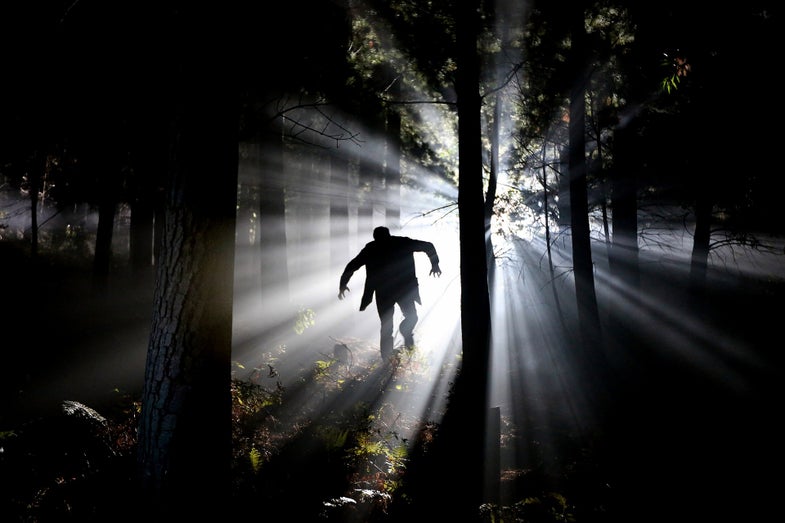 From the German-ish setting of Mel Brook’s 1974 cult classic Young Frankenstein to the discovery site of four new supersized viruses in an Austrian wastewater treatment facility, Eastern Europe seems to be positively teeming with entities that push the boundary of what it means to be aliiiiiveeeee!

Viruses are kind of a biological black box. We can’t agree on whether or not they’re alive. We aren’t super certain how they evolved. And we can’t even see them under a light microscope, let alone with our unaided eyes. In fact, you’d have to corral about 300 viruses into a line to get them to amount to the width of a human hair, according to NPR.

Or so we thought. In 2003, scientists discovered a giant virus, closer to the size of a cell and totally visible under a microscope. They named these critters “mimiviruses” (but we all know they meant “frankenviruses”) and promptly started to ponder the implications of this discovery on our entire understanding of life on Earth.

Was it, many asked, a “fourth domain“? Should we teach children not just about eukaryotes, bacteria, and archaea, from which all life springs, but also about viruses?

The new Austrian frankenviruses—which many insist on calling “klosneuviruses,” a sub-family of the so-called mimiviruses—are beginning to provide some answers.

New genetic sequencing revealed the viruses have an outsized number of genes dedicated to making proteins, according to a study out this week in the journal Science. That’s unusual for viruses, which typically have to infect a host and drain its cells of resources in order to replicate. Why this is remains unknown.

But comparing that genetic data to other frankenviruses and to cells allowed the researchers to piece together a very sinister family tree. Their data suggests frankenviruses started out small and contained like any other virus and grew bigger and bigger as they consumed more and more bits and bobs from their hosts.

Like most origin stories, however, this explanation is hard for everyone to agree on. Perhaps the most stark disagreement comes from researchers who continue to think the exact opposite: that the world used to be covered in frankenviruses that have been slowly whittled away into the simpler, smaller, but no less vicious viruses we know and fear today.

All that’s certain is that scientists are determined to nail down the origins of the frankenvirus family—and that the family seems to be growing.

Giant viruses have now been found not just in wastewater in Austria, but around the world, from the coast of Chile to ponds in Australia. There may even be one living near you that you haven’t noticed… although the bolts in its little virus neck should be a pretty dead giveaway.