Xbox’s ‘Forza’ Is Getting Porsches Again, After A Four-Year Wait 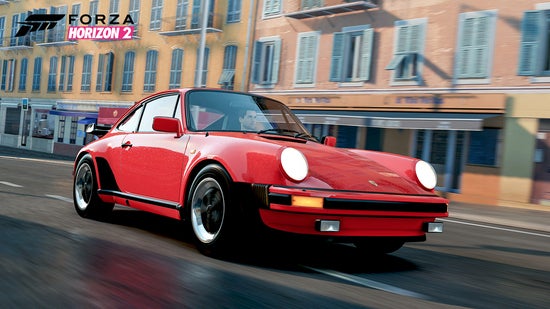 Since the release of Forza 4 in 2011, if you wanted to nail the Nurburgring in a 911, you had to bring your own real-life Porsche to the party. But Porsche announced recently that the drought is over. A pack of 10 Porsches is available for Forza Horizon 2 for 10 bucks.

For a bit of background, video game juggernaut EA has held exclusive rights to use Porsches in racing sim games, like its Need for Speed games. EA apparently still holds these rights, but it has entered an agreement with the makers of the Forza franchise, Turn 10. You could drive virtual cars from Porsche tuner RUF in Forza 4 and 5, but not proper Porsches from the virtual factory.

That exclusive agreement seems to be coming to an end, with a handful of Porsches available for Forza Horizon 2 this week and more set to join the fun in the new Forza 6 to be released this fall. It seems that the Porsches won’t be in the stable on release day, though. The intricacies of rights agreements means that you’ll probably see another pack of Porsches available for download in early 2016.

Here are the cars we know you can download right now for Forza 5 on Xbox One, straight from Stuttgart:

Once you’ve got the pack, you can participate in new Porsche Rivals events and 15 new achievements to rack up.