This Sheet Of Rubber Generates Power As It Stretches

Soon we will all have trampoline-powered homes 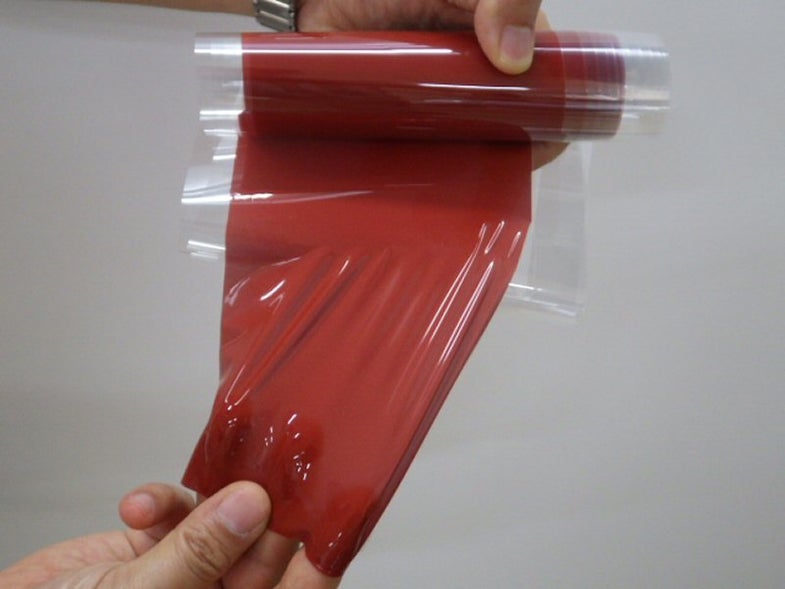 It may look like a Fruit Roll-Up from a kid’s lunch box, but this stretchy rubber sheet could help power the Internet of Things one day.

Japanese electronics company Ricoh says the rubber generates electricity while it stretches. When crystalline materials such as quartz and ceramics are stretched or compressed, they generate an electric charge. That’s called piezoelectricity, and it’s the same force at work in this rubber–the exact identity of which remains unknown.

The rubber, which could potentially be used to power sensors, is lighter and less fragile than other piezoelectrics while still maintaining efficiency. Ricoh claims it has already conducted “several million periods” of extensive testing on the rubber, but it does not have an estimate as to when it might become commercially available.

Beyond flexible sensors, the company is interested in using the technology to “contribute [to] the age of the Internet of Things,” a concept that typically refers to the connection of a wide array of everyday devices–including thermostats, light bulbs, and refrigerators–to the Internet so they can work in concert with one another and be controlled remotely.