Microsoft's new browser is ready to take on Chrome. 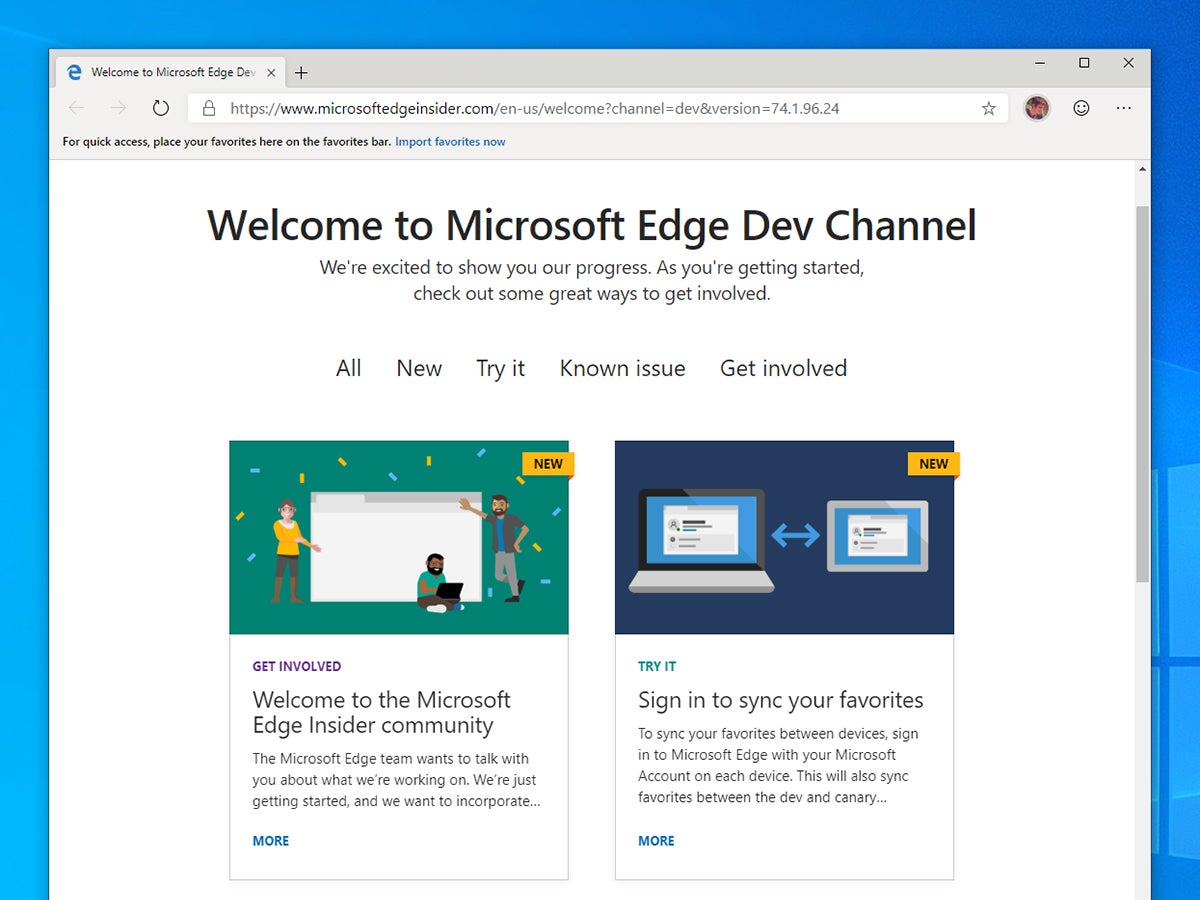 With the launch of Windows 10, Microsoft also introduced a brand new browser called Microsoft Edge. Now, four years later, the company has redesigned and rebuilt it from the ground up. It’s not ready for mass consumption just yet, but you can give it a trial run right now.

Bear in mind this is still a very early version of the next-generation Edge, so you should expect bugs and the occasional crash. Still, if you want to see if what Microsoft has been working on can supercharge your browsing, now’s your chance.

Why the new Edge?

You might not realize it while you’re using them, but underpinning every web browser is a browser engine: The bits of the software that translate raw website code into something presentable on screen. Chrome, Firefox and Safari all use different browser engines.

The differences between browser engines aren’t as big as they used to be—at least not from a user’s perspective—so when you view most websites they look the same in most browsers. When Microsoft first started work on Edge, though, it also created a brand new browser engine for it, called EdgeHTML.

Late in 2018, Microsoft announced it was switching to the Blink engine and open source Chromium code that powers Google Chrome. The aim was to reduce fragmentation of the web, and to work towards one group of standards for web developers (when you’re building a website, making it work in multiple different browser engines can be tedious).

That means both the new Edge and Chrome are now running on the same foundations, with extra features, functions, and visuals added by Microsoft and Google respectively. The core of your web browsing (how pages are loaded and appear) will be the same between both browsers, but the extras on top won’t be.

There’s also a Beta channel coming soon, which will be more stable and reliable than both the Dev and Canary channels. At the time of writing Microsoft hasn’t made this available for download, but it might be one of your options when you read this. Test versions for macOS and older versions of Windows are also on the way.

Pick your download, then follow the instructions on screen to get the software installed. As the program opens, choose Start with your data to import bookmarks and autofill data from Google Chrome (if you’ve got it installed), or Start from scratch to launch Edge with a clean slate (you can still import this data later if you want to).

Features and functions in Edge

When the new Edge launches, you can pick from three options as to how your new tabs look (you can change this later too, from the new tab page): Inspirational (with a large background image), Informational (with a smaller background image and top news stories), or Focused (a plainer look with fewer shortcuts).

At the top of the screen you’ll see you’re already logged into the Microsoft account associated with your current Windows user account, if one is attached. This means you can take your browsing history, bookmarks, and other browsing data with you from computer to computer, and keep your stuff separate from other users on your computer.

The main app menu is in the same place as the first, original version of Edge—just click the three dots in the top right-hand corner to open it. From here you can access your bookmarks, browsing history, downloads, extensions, and more.

As we’ve said, this is still an early, test version of Edge 2.0, but a few features are available to play around with. Choose Read aloud from the program menu to have the current webpage read out to you, for example, or choose More tools then Cast media to device to send video or audio on a site to a compatible Chromecast device.

The settings hub of the browser is under Settings in the Edge menu. No doubt plenty more options are on the way, but there’s already plenty to explore: Use the Reset settings link if you want to get the browser back to the way it was set up when you first installed it.

Under Profiles, you can see all the data being synced to your Microsoft account (like passwords and autofill data), if you’ve got one attached—you can also sign out if you need to. One reason for using Edge over Chrome, despite the similar code base, is if you’re more comfortable with Microsoft storing your browsing data than Google.

Click Appearance to show or hide the Home button, show or hide the Favorites (bookmarks) bar, and to change the fonts and font size that Edge uses. Under On startup, meanwhile, you can configure what happens when you open Edge: You can start with a new tab, with a specific page or set of pages, or carry on from where you left off last time.