Only You Can Lift This DIY Hammer Of Thor

Build an electromagnetic superhero hammer that responds to your touch 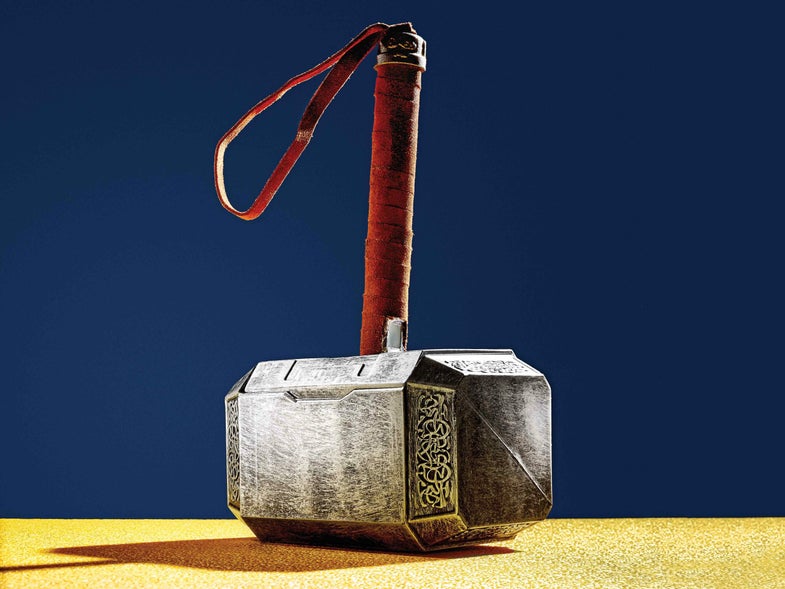 In comic books and blockbusters, only the worthy can lift Thor’s hammer. But you don’t have to be a hero to wield Allen Pan’s version of Mjolnir. While watching last year’s Avengers: Age of Ultron, the freelance engineer noticed “a flippant remark about the handle being ‘imprinted,'” Pan says. The idea that fingerprints could unlock the hammer inspired him.

“I thought about how someone might go about replicating that function, and there it was,” he says. All he needed was an electromagnet—which can be turned on and off by electrical current—and a fingerprint scanner. Pan wired together the electromagnet and scanner, and placed them inside an off-the- shelf toy Mjolnir. When switched on, his hammer becomes magnetized and will stick fast to metal until the scanner recognizes his touch and releases the weapon.

Last October, Pan used his gizmo to prank unsuspecting Angelenos: He placed the hammer on metal surfaces, such as manhole covers, and recorded passersby as they futilely tried to lift it. Then he would walk into frame and effortlessly heft it himself. His online video has been viewed more than 14 million times. The Popular Science team tested out our own version—with limited success—in the video below. But don’t settle for watching. Follow these instructions to build your own Mjolnir and try it yourself. 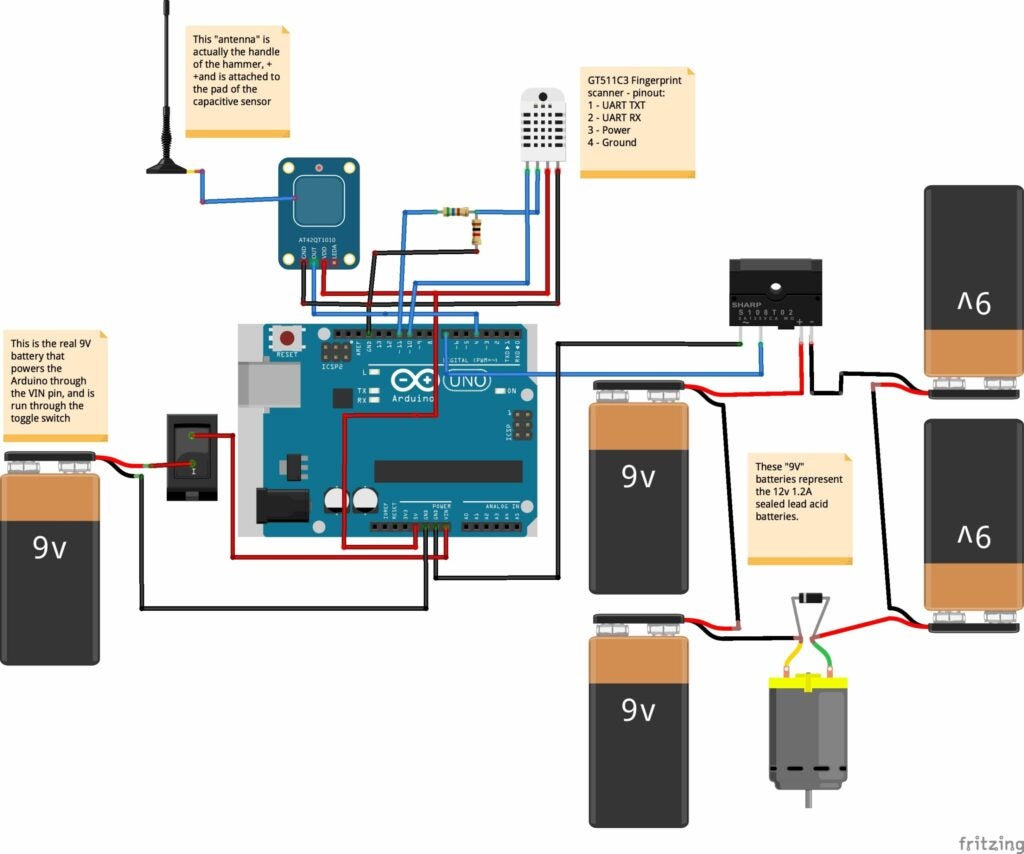 Use this wiring diagram to wire together the Arduino, the capacitive touch sensor, the fingerprint scanner, the relay, the transformer, and the batteries (see step 6).

7.Place the hammer on a metal surface, such as a manhole cover, and flip on the switch in the handle. When someone grabs the handle near the base, triggering the capacitive sensor, the electromagnet will activate, gluing the hammer to the metal. To release Mjolnir, press your finger against the fingerprint scanner while grabbing the handle.

This article was originally published in the July/August 2016 issue of Popular Science, under the title “Only You Can Lift This Hammer.”