Well, only partially deployed, but that may change soon 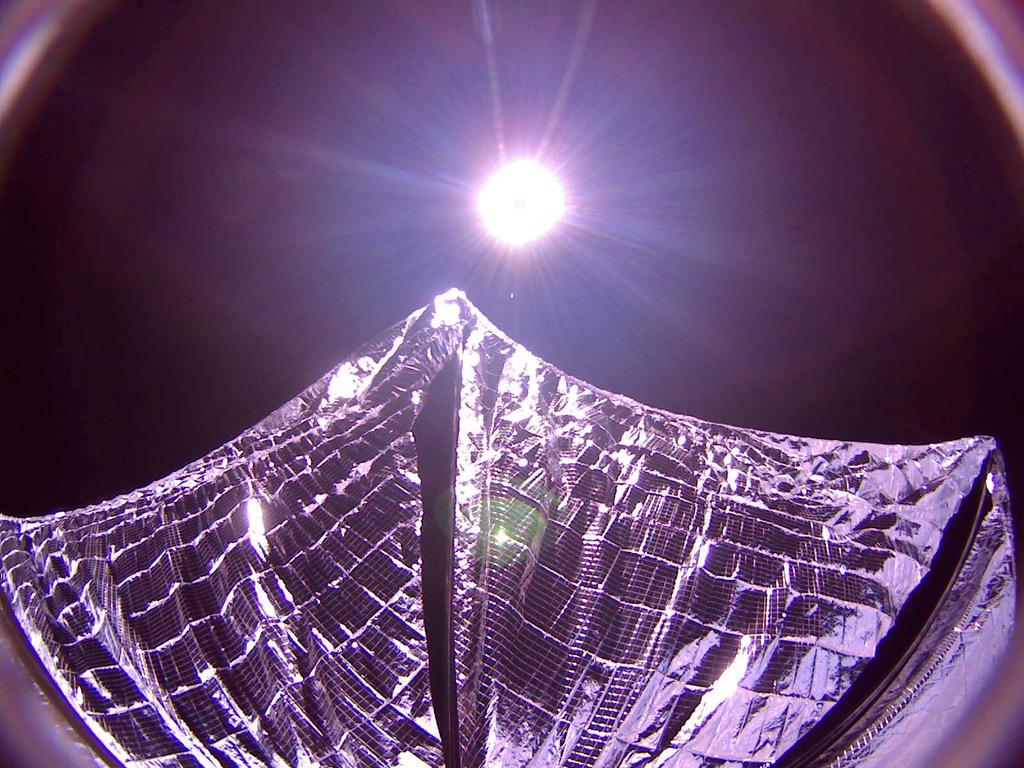 For a while, it felt like LightSail would never get to stretch out its mylar wings. After suffering two worrying bouts of communication snafus in lower Earth orbit, the Planetary Society’s solar sail spacecraft seemed like it would remain silent like a sullen adolescent. But this past weekend, the Bill Nye-helmed non-profit finally got a good grip on their spacecraft and were able to execute the ultimate of all space pirate commands: Deploy the sails!

And just like that, LightSail listened. Well, kind of. Nye just tweeted out the first image of LightSail’s deployed sails, taken from cameras aboard the spacecraft. It looks as though the mylar sheets didn’t extend into their full 344 square-foot configuration. With the spacecraft’s orbit beginning to deteriorate, it’s unknown whether or not the sails will deploy the entire way before LightSail falls to its doom.