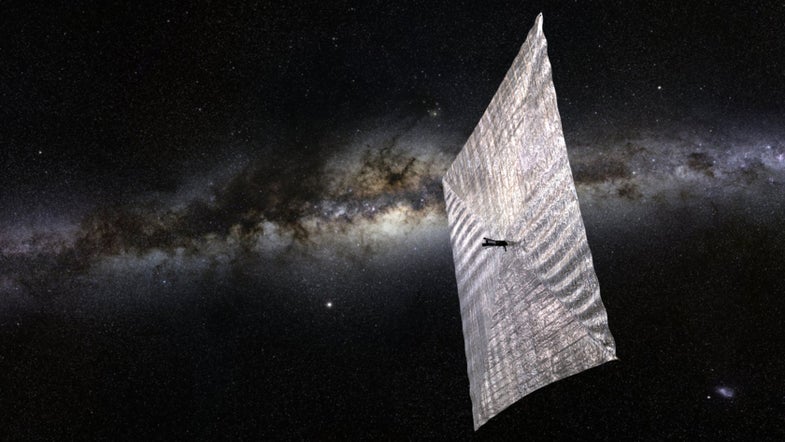 After suffering a worrying software glitch last week in lower Earth orbit, the ambitious solar sail spacecraft launched by Bill Nye and the Planetary Society is back online, and once again sending data to its scientist overlords.

On May 20, the non-profit organization helmed by “Science Guy” Bill Nye, launched its LightSail spacecraft atop an Atlas V rocket in Cape Canaveral, Florida. The satellite, inspired by an older design from late astronomer Carl Sagan, is designed to deploy large mylar “sails” in space, which can theoretically use the energy released from the sun to propel the probe forward. This specific mission was meant to prove that the sails could be deployed properly in the great big vacuum, but just a few short days after liftoff, LightSail went quiet and stopped sending data back to Earth.

The problem was an apparent computer malfunction; the LightSail had been continually sending back data “chirps” about its progress, but these chirps used up too much space and overwhelmed the satellite’s system. The result: a frozen computer, much like the frozen computers you have to deal with at work when some major deadline is looming.

For eight long, silent days, the Planetary Society tried numerous attempts to reboot the system without success. But now the LightSail is finally back online, thanks to some help from a few errant cosmic rays. Yesterday, flight controllers got a few more data chirps from the spacecraft, and they believe some charged particle in space may have struck the satellite, bringing it back online.

However, the Planetary Society still has some kinks to iron out. Though they’ve reestablished communication, they don’t know LightSail’s exact location and the team is having a hard time sending it important orders. Once they can get a better connection with LightSail, they’ll likely deploy the mylar sails as soon as possible.