Persuading pharmacists to fill prescriptions is still a challenge for some providers. 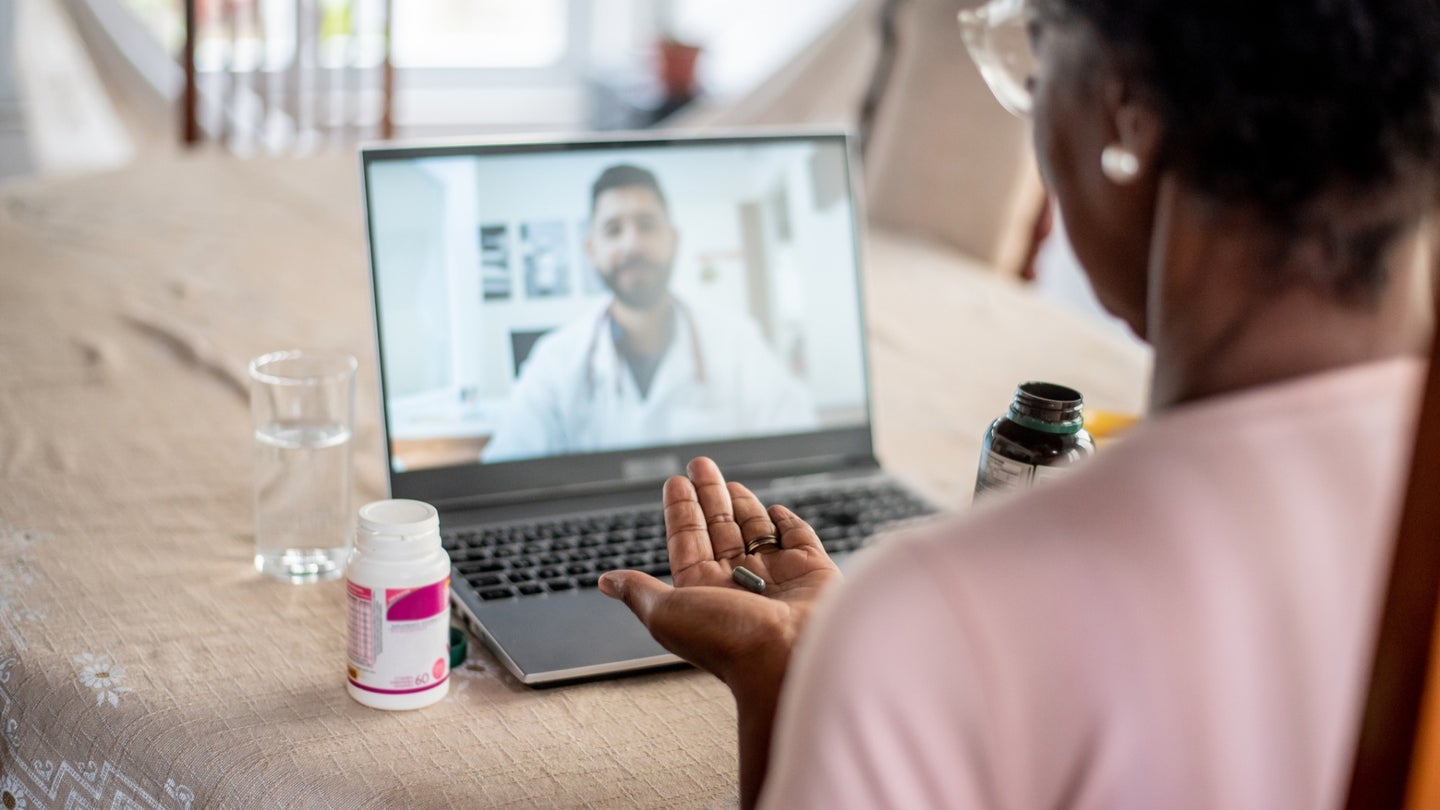 Doctors’ new ability to prescribe online or, in some cases, by telephone is a huge change. Getty Images
SHARE

This article was originally published on KHN.

Controlled substances became a little less controlled during the pandemic. That benefited both patients (for their health) and telehealth startups (to make money).

Some potentially addictive medications — like buprenorphine and Adderall — are now far more available online to patients because of regulatory changes. Given the scarcity of qualified doctors to treat some of the behavioral health conditions associated with these drugs, like opioid use disorder or attention-deficit/hyperactivity disorder, doctors’ new ability to prescribe online or, in some cases, by telephone is a huge change. But easier access to the drugs has both upsides and downsides, since they’re often dispensed without accompanying therapy that improves the odds of a patient’s success.

“How do you reach those people?” she asked.

It’s a question preoccupying much of the behavioral health sector, complicated by the reality that most patients with opioid use disorder aren’t in treatment, said Dr. Neeraj Gandotra, chief medical officer of the Substance Abuse and Mental Health Services Administration.

Increased access to telehealth has started to provide an answer. Behar, the startup executive, says its patients can see expert providers at their convenience. Missed appointments are dropping, say many in the industry.

The startup has secured solid funding — nearly $68 million, according to Crunchbase, an industry database — but addiction specialists and other prescribers of controlled substances online are a mixed group. Some are nonprofits; others are large startups attracting scrutiny from the news media and law enforcement for allegedly sloppy prescription practices.

The influx of new providers is attributable to loosened requirements born of pandemic-era necessity. To help patients get access to care while maintaining physical distance, the Drug Enforcement Administration and SAMHSA waived restrictions on telehealth for controlled substances.

But whether those changes will endure is uncertain. The federal government is working piecemeal to codify new rules for prescribing controlled substances, in light of the health care system’s pandemic experience.

On Dec. 13, SAMHSA issued a proposal to codify telehealth regulations on opioid treatment programs — but that affects only part of the sector. Left unaddressed — at least until the DEA issues rules — is the process for individual providers to register to prescribe buprenorphine. The new rules “get us at least a little bit closer to where we need to go,” said Sunny Levine, a telehealth and behavioral health lawyer at the firm Foley & Lardner, headquartered in Milwaukee.

Congress also tweaked rules around buprenorphine, doing away with a long-standing policy to cap the number of patients each provider can prescribe to. Ultimately, however, the DEA is the main regulatory domino yet to fall for telehealth providers.

In addition, pharmacies are taking a more skeptical stance on telehealth prescriptions — especially from startups. Patients were getting accustomed to using telemedicine to fill and refill their prescriptions for medications for some controlled substances, like Adderall, primarily used to treat ADHD. A shortage of Adderall has affected access for some patients. Now, though, some pharmacies are refusing to fill those prescriptions.

Cheryl Anderson, one Pennsylvanian with ADHD, said she sought online options because of her demanding schedule.

“My husband is frequently out of town, so I don’t have someone to reliably watch the baby to go to an in-person appointment,” she said. It was tough, with three kids, to find the time. Telehealth helped for about half of 2022. Previously, the DEA and state governments imposed tough rules on obtaining controlled substances from online pharmacies.

Those denials seem to reflect a broader cultural shift in attitudes. Whereas patients and politicians hailed telemedicine at the beginning of the pandemic — first for its safety but also for its increased convenience and potential to extend care to rural areas and neighborhoods without specialists — hints of skepticism are creeping in.

The telehealth boom attracted shady actors. “You had a lot of people who saw an opportunity to do things that were less than scrupulous,” particularly in the behavioral health market, said Michael Yang, a managing partner at the venture capitalist firm OMERS Ventures. Skeptical media coverage has proliferated of startups that, allegedly, shotgun prescriptions for mental health conditions without monitoring patients receiving those medications. “It’ll settle down.”

Pharmacists have multiple obligations related to prescriptions, he said: to make sure incoming prescriptions are from legitimate physicians and that they’re connected to an actual health condition before filling the order. The sense around the industry, Morrison said, is that prescriptions from startups are tricky. They might come from a distant provider, whom the pharmacist can’t contact easily.

Those qualms pose difficulties for addiction treatment. Persuading pharmacists to fill prescriptions is one of the biggest administrative tasks for Ophelia, Behar said. Still, the shift online has been helpful.

“Telehealth picks up the gaps,” said Josh Luftig, a founding member of CA Bridge, a program based in Oakland, California, that helps patients in emergency departments initiate treatment for substance misuse. The supply of care providers wasn’t enough to meet demand. “Across the board, there’s been a lack of access to treatment in the outpatient setting. Now all they need is a phone and to get to a pharmacy.”

Treatment is more efficient for patient and provider alike, providers say. “The majority of our patients prefer to have a telehealth experience,” he said. “The telehealth appointments are more efficient. It increases the capacity of each person involved.”

Ophelia, which started up just before the pandemic, expected to treat patients both in-office and online. “We have an office in Philadelphia we’ve never used,” she said. Now the company labors every few months — in anticipation of the end of state and federal public health emergencies — to make sure that the end of the associated looser rules doesn’t lead to disruptions in care for their patients.

More clarity on the future of online treatment could result from permanent regulations from the DEA. What the agency’s rule — which would create a registration process for providers interested in prescribing controlled substances online — will say is “anyone’s guess,” said Elliot Vice, an executive specializing in telehealth with the trade group Faegre Drinker. That rule has been pending for years. “To see this still not move, it is puzzling.”

The agency, which declined to comment specifically for this article, pointed to previous statements praising increased access to medication-assisted treatment.

“There shouldn’t be any change in the rules for telehealth,” Luftig said. “It would be the most horrific thing in terms of access for our communities. It would be an unmitigated disaster.”