We may finally know how magic mushrooms help fight depression 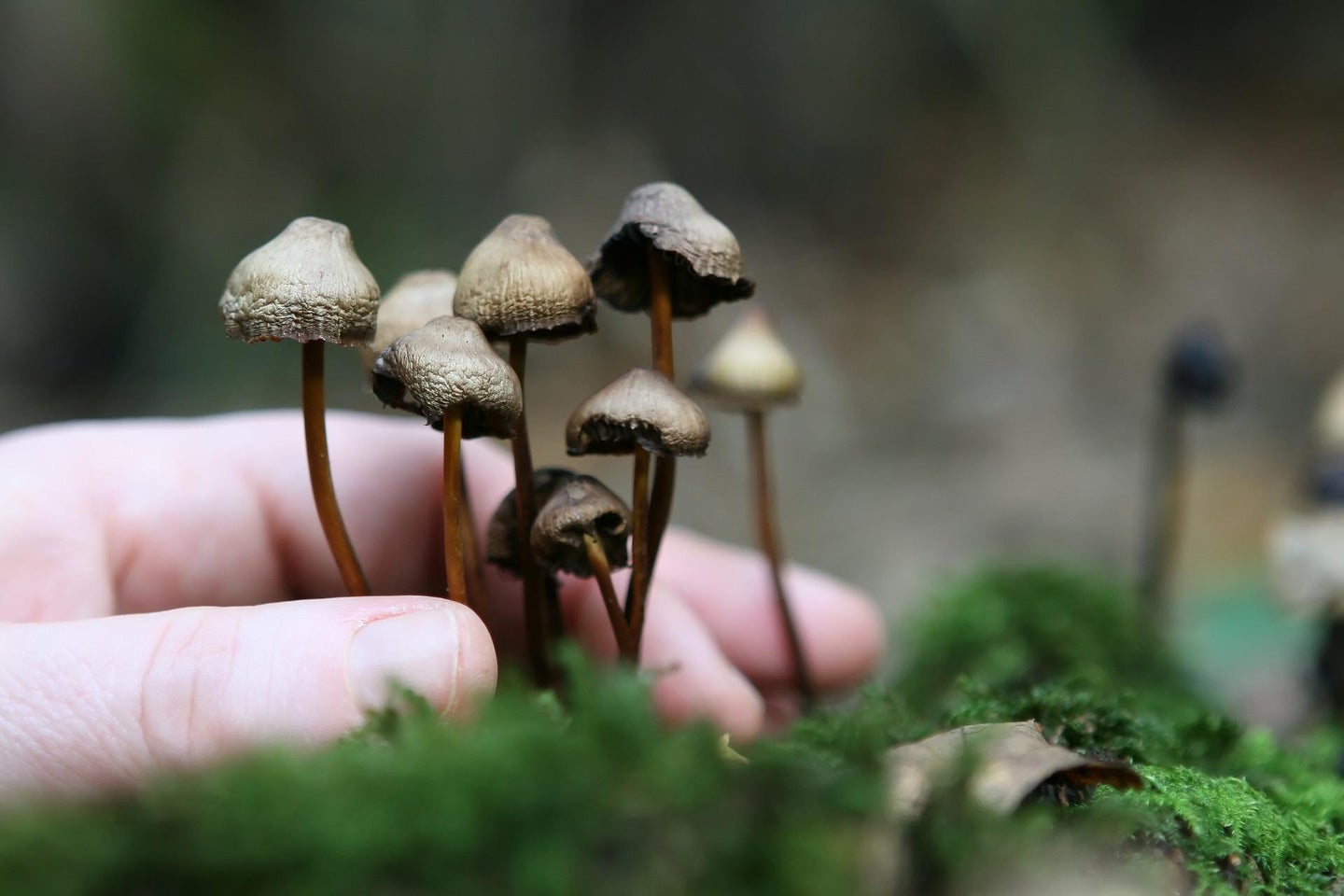 There may be some truth to the common saying that magic mushrooms will open up your mind. New research shows that psilocybin, the psychedelic compound naturally found in some fungi, can help patients with depression by changing their brain-wave patterns.

Researchers in the United Kingdom told patients with major depressive disorder that they would receive some dosage of psilocybin. Those 43 patients were randomly assigned to receive two doses of either 25 mg or 1 mg—an amount that is considered negligible—of psilocybin. The doses were spaced three weeks apart, and patients did not know which dosage they received. After the first dose, each patient was told to take daily capsules for six weeks. Those who got the 25 mg psilocybin dose received placebo pills each day, while those who got just 1 mg of psilocybin received pills of escitalopram, a common antidepressant drug.

Participants given escitalopram reported mild improvement in their symptoms at the end of the six-week treatment. By contrast, those who were given the high dose of psilocybin reported rapid improvement in their depression. Their fMRI scans showed heightened brain connectivity—and those improvements persisted for weeks. Psilocybin creates a liberating effect in the brain, the study authors write, breaking it out of the rut of depressive thinking. The findings were published on Monday in Nature Medicine.

Healthy individuals tend to have highly connected brains, but in people with depression, “we sort of see the opposite of that—a brain characterized by segregation,” first author Richard Daws, a doctoral student at Imperial College London at the time of the study, told Live Science. Their study supports psilocybin use as a potential therapy for depression by way of boosting connectivity between different brain networks.

But other experts who study neurocognitive effects of psychedelics say there are many more questions to be answered, especially given this new report’s small sample size and limited time frame.

“This is an important contribution though I’m more interested in what happens in three months or six months,” Stephen Ross, associate director of the NYU Langone Center for Psychedelic Medicine, who studies psilocybin’s antidepressant effects in cancer patients, told The New York Times. “It’s a little bit like looking out into the universe with a telescope and seeing interesting things and then starting to build theories based on that.”

Depression remains one of the most common and most challenging mental health concerns in the US—an estimated 21 million adults (8.4 percent of all US adults) reported a major depressive episode in 2020, according to the National Institute of Mental Health. The COVID-19 pandemic has also triggered a 25 percent rise in anxiety and depression worldwide, according to the World Health Organization. While widely used antidepressants are a boon to many, they do not work for everyone and often have significant side effects. As many as one third of patients have “treatment-resistant” depression.

Researchers have turned to unconventional, mind-altering drugs as potential alternate therapies for the patients for whom antidepressants fall short. Psilocybin, as well as LSD and MDMA, are major research targets of interest for psychiatric disorders including PTSD, anxiety, and eating disorders.

The study authors caution that while their findings are encouraging, people with depression should not attempt to self-medicate with psilocybin.