How many hot dogs would it take to kill you?

Frankly, we’d be surprised if you made it past a dozen. 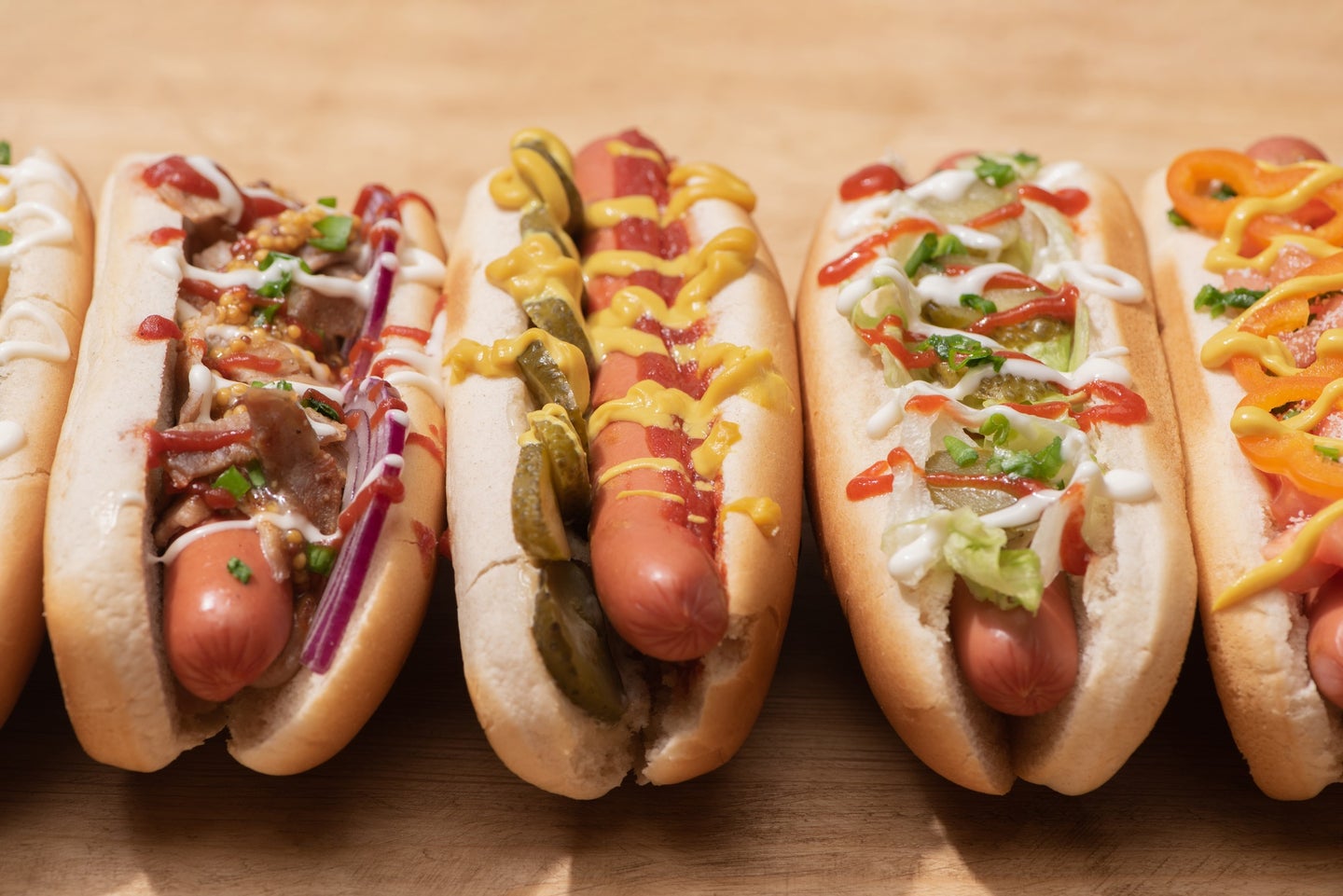 Everyone wants to know the mostest hot dogs you can eat, but no one dares to ask if there’s a point-of-no-return for scarfing  franks. Luckily, PopSci relishes weird questions, so we found out exactly how far you can push yourself when that barbecue gets a little heated.

The answer unsurprisingly lies in the Nathan’s Hot Dog Eating Contest. The good thing about silly traditions like this one is they provide an easy way to study the extremes of human bodies. Without the incentives of a national title and televised event, it’d be hard to convince grown-ups to crush piles of franks until they puke or pass out. But with piles of data from Nathan’s famous annual showdowns, we can get a somewhat clear answer to how many hot dogs a person can stomach.

[Related: Here’s how many avocados it would take to kill you]

In a 2020 study, James Smoliga, a physiologist from High Point University in North Carolina, crunched the records of 152 Nathan’s competitors to see the max number of hot dogs a person could eat per minute for 10 minutes, which is generally how long the contest runs.

He found that, based on the mass and caloric value of a regular hot dog, plus the stretchiness of the human gut, an adult can handle seven to eight franks and buns tops every 60 seconds. If they hold that pace over the 10-minute span, they can mow through 70 to 80 hot dogs—which, if you’re counting, comes out to around 20,000 calories. After that, the body stops digesting food and starts to shut down.

In post-game interviews, some Nathan’s champs say they feel sleepy and nauseous once they hit their limits. Thankfully, no one has died at the table in the contest’s four-decade history—though participants have been hospitalized for esophageal tears and for breathing vomit into their lungs. Choking is another common hazard at hot dog contests, and can be particularly dangerous for kids.

It’s important to remember that most professional competitive eaters train their metabolism to be faster than normal. Just because the ceiling at Nathan’s is 80, doesn’t mean every person can consume that many franks and buns. The standard serving size for a beef hot dog in its wrapping rests squarely at one. If you toss a couple extra on your plate and add some trimming, you’ll probably feel stuffed, but your body will otherwise recover after eight or nine hours. Again, that window doesn’t apply for every person: If you have a preexisting condition like high cholesterol, binging on wieners could lead to other pains.

That’s not to say a hot dog binge is ever really “okay.” Salt and fat are the big baddies in processed meats. Companies often cure hot dogs with nitrates, which drives up the sodium count and introduces possible cancer-causing compounds.

[Related: How to get your grill ready for summer]

In theory, the more hot dogs you eat, the more chance you have of getting sick overall. Franks can be breeding grounds for foodborne illnesses like listeria. While most of the frozen products come precooked, they still need to be heated to 165 degrees Fahrenheit (or until they steam) to kill lurking germs, says Meredith Carothers, a public health specialist from the US Department of Agriculture (USDA). She points out that people often forget to wash their hands, clean their grills, and scrub their knives after prepping produce and raw meats at barbecues. To avoid being killed by the first, or second, or third hot dog you bite into, follow the USDA’s tips for food safety.

“We don’t have an official recommendation on eating hot dogs [until you puke],” Carothers says. “If you eat 10 different hot dogs, there’s a risk of one being undercooked. But if you follow the four steps—clean, separate, cook, and chill—it should be safe to eat many.”