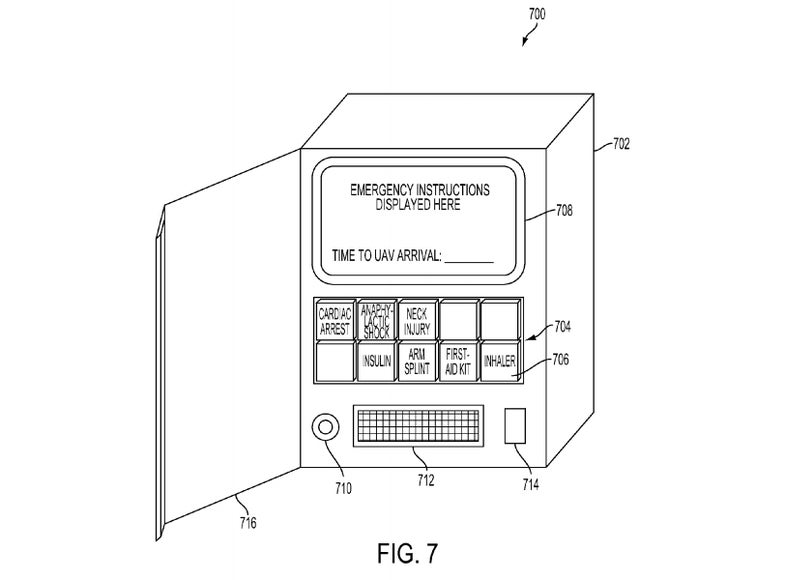 Press a button, get medicine from a robot. United States Patent and Trademark Office
SHARE

In the deserts of eastern California, that blank stretch of sand striped with asphalt between Needles and Barstow, there are emergency telephones spaced out for people in need. The desert is hot and sparse, and sometimes cars breakdown, and people need to call for help as soon as they can. It’s a bleak place to lose a tire, and an even worse one to lose a tire and urgently need some antiseptic and a bandage. A new patent awarded to Google yesterday could someday bring a robotic savior to these exact situations: a medical emergency call box, which summons a drone carrying the needed supplies to the person in need.

Spotted by Mike Murphy of Quartz, this is how it works:

Important to note that this drone isn’t a replacement for human first responders. Instead, it’s an immediate response, which flies out to the person in need as soon as it’s summoned, while EMS teams get ready and arrive 10 or so minutes later.

Part of this is a cost-saving plan. Automated External Defibrillators are often kept in public buildings, like museums or malls, places where there are always a lot of people and the need is obvious. That’s not always the case for distant highway markers or other, sparse locations, so a drone delivering the defibrillator means one machine can cover a large area, while still providing a life-saving tool. 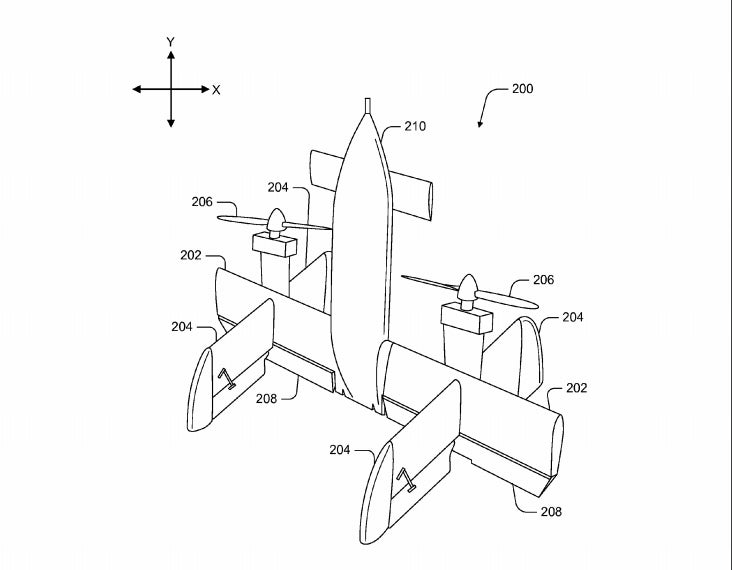 Coming to an emergency, some time in the future.

The drone-calling station could connect to the drones and a dispatch network using a variety of means, from telephone networks, cellular, wireless, fiber, or other data networks. The system, as patented, sounds like it puts a lot of autonomy in the drone, to fly and find the station, and having fixed, known locations could help with this. Google’s patent includes a few models of drone, from toy airplanes to quadcopters to something that looks a lot like Google’s own Project Wing delivery drone design.

If Google ever puts this system in place, it might make those long, empty stretches of desert highway that much less foreboding.