Google Duplex is slowly rolling out. 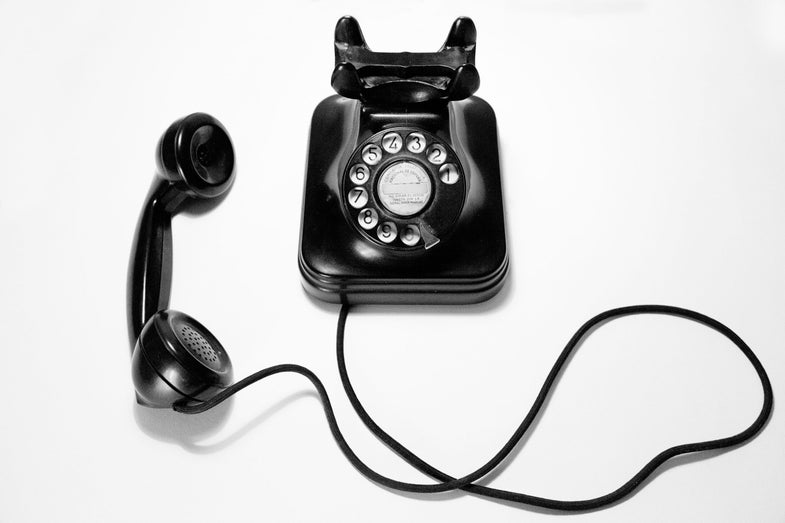 The phone rang at THEP Thai restaurant on the upper east side of Manhattan, and I answered it. I was there as a reporter, but playing the role of host for a brief moment.

“Hi, I’m calling to make a reservation,” a male voice said on the other end of the line. It added that it was an automated service from Google, and that it would record the call. The AI on the phone wanted to book a table for Sunday, for a party of three, at 7:45 pm.

I said that that the time was fine, then added: “But your voice sounds a little weird—are you a human, or are you a computer?”

The voice replied that it was an automated Google voice service, calling for a client. And things continued from there. No big deal. Just an artificial intelligence system making a reservation at a Thai place on a city corner.

The phone call was part of a demonstration that Google held at the New York City restaurant earlier this week to reveal more about the service it calls Duplex. First revealed at Google’s I/O developer conference in early May, Duplex is a technology that the company is gradually integrating into its Google Assistant. The eventual idea is that someone could ask the Assistant to make them a reservation for a table for two at their favorite bistro, and then that call happens in the background—like having a real-life assistant to make a booking for you. Here’s what you need to know about the service, and what Google has planned for it.

The service’s name refers to telephone technology. A communications system that is “full-duplex” means that two people can speak back and forth at the same time with each other. “Half-duplex,” on the other hand, means only one person can talk at a given moment, like a walkie-talkie. A modern-day phone conversation, which is what this Google AI is participating in, is full-duplex.

When is it coming?

The service is a “very early stage technology,” Nick Fox, a VP for product and design with Google Assistant, said at the event. The first step, he said, will happen in the coming weeks: a “limited set” of both users and businesses will be involved, and the system will concentrate on discovering the hours that a business is open, like on a holiday or weekend.

The next step is restaurant reservations, and haircut appointments, which is will begin “later this summer,” Fox said, again with a “small set of businesses and a small set of users there to test out that experience.”

What will it say when it calls?

Google says that it will be transparent in the sense that Duplex will announce that it is calling to make a reservation, that it’s an automated service, and (in some cases) it will say that it will record the call. For example, in a video that Google released showing the service, the voice said, “this automated call will be recorded.”

That’s different from the way that Google originally presented the technology when they first showcased it at I/O in May—during those demonstrations, the system didn’t say it was an automated call, nor that the call was being recorded, points that sparked criticism online. Now the company is being more clear.

As for the bit about call recording, state laws vary as to whether it legally requires the consent of just one party (which can be the party actually doing the recording) or all parties. Google says it will follow the law. “We feel like, in some sense, this issue of recording calls has already been out there in society, and states have decided how to handle it,” says Scott Huffman, a VP for engineering with the Google Assistant. Google’s approach, he adds, is to “follow the laws and standard industry practice around these things.” Translation: that means that the Assistant could technically make a call in certain jurisdictions and not say the call is being recorded.

Expect to see the system identify itself as an automated service from Google, though.

What else is there to know?

The system is capable of adding words like “um” and “ah,” just like a human might use. Those words are known as speech disfluencies, and Huffman said that adding them was part of making the conversation more natural—and thus hopefully more successful. “We’re not trying to impersonate people with this,” he said.

Right now, Huffman said that the system successfully works in a totally automated way about four out of five times. When the AI fails, Duplex can patch in real flesh-and-blood operators, and carry out the reservation the old-fashioned way.

And remember, there’s still no such thing as a general AI—an artificially intelligent system that can think and talk like a human in all contexts. It’s still only narrow, and in this case, all Duplex can do is handle calling about hours, making restaurant reservations, and hair salon appointments. So while restaurateurs may be fielding calls from Google making reservations on people’s behalf, don’t expect it to be calling people for other reasons right now.