What To Expect From Apple’s Fall 2016 Event

The next iPhone could be the most controversial yet 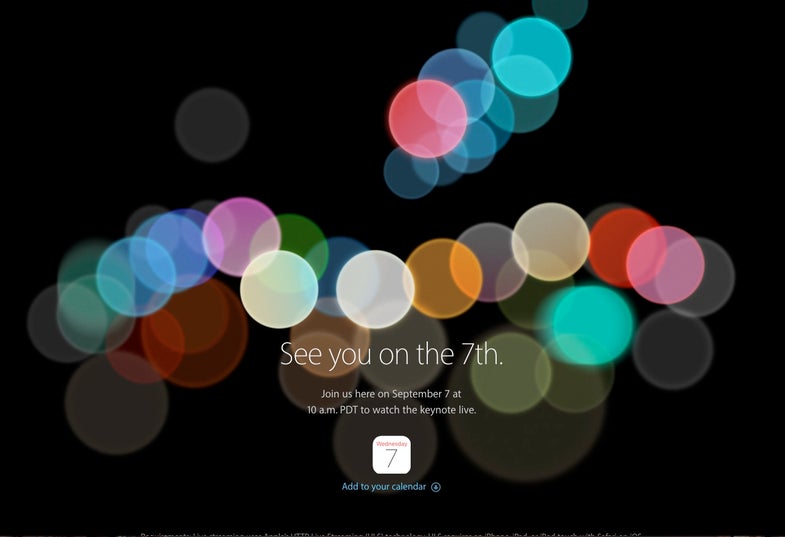 Apple's next iPhone event will take place on September 7. Here's what to expect. Apple
SHARE

We’re expecting new models of the iPhone, along with potential updates to the Apple Watch, Apple Music, and iOS 10. But this event may be one of the company’s more controversial in recent years. Read on to find out why…

Where To Watch Live

The Apple event will begin 10am PT/1pm ET on September 7, 2016. If you have an Apple device, you can watch live on Apple’s website using your device’s built-in Safari browser. If you have a Windows PC or Surface, you can also watch this year’s event on the Apple website at the same link, using the Microsoft Edge browser. It seems those who prefer Android devices or Google’s Chrome browser are out of luck.

Apple’s iPhone line is the company’s singularly most important product category these days, accounting for the vast majority of its revenue (even though recent sales are down.)

That makes the release of the next iPhone line very important for Apple’s bottom line. Although the company keeps a tight lid on new product announcements, a steady stream of rumors and reliable leaks over the last few months mean we have a good indication of what to expect from Apple’s next iPhone.

But there’s some contention on the names of these things. Will they be called the iPhone 7 and iPhone 7 Plus, following Apple’s naming convention of years past? Or will Apple show off an iPhone 6SE and 6SE Plus, channeling the name of its 4-inch screened iPhone SE? Rumor sites have pointed to both options. And Apple may not wish to use a new number if the body and physical design of its new iPhones remains very similar to last year‘s iPhone 6S and 6S Plus, as most expect.

There will almost certainly be one very obvious change, however…

One thing pretty much all reports agree on is that the new iPhones will remove the 3.5mm headphone jack. This is the standard headphone port found on all previous iPhone models, as well as pretty much every other portable electronic device that can play audio, and almost every PC and Mac computer. Instead, in order to connect headphones or earbuds to your new iPhone, you will likely have to go through Apple’s proprietary Lightning port, the same one used to charge the device.

Some tech pundits have pointed out that removing the standard headphone port and putting audio devices through the Lightning port is “user hostile” — forcing people to use headphones specific to this one device — so why would Apple do this?

Well, the prevailing thought is that it could help to make the iPhone more water resistant and potentially thinner. Apple would presumably ship the new iPhones with Lightning headphones or wireless Bluetooth earbuds. We may also see Apple release a Lightning to 3.5mm adapter dongle, letting you continue to use old headphones, though it will require a somewhat clunky extra component to to so.

No matter what happens, if Apple goes ahead with the removal of the 3.5mm headphone jack, expect many howls of outrage around the internet… 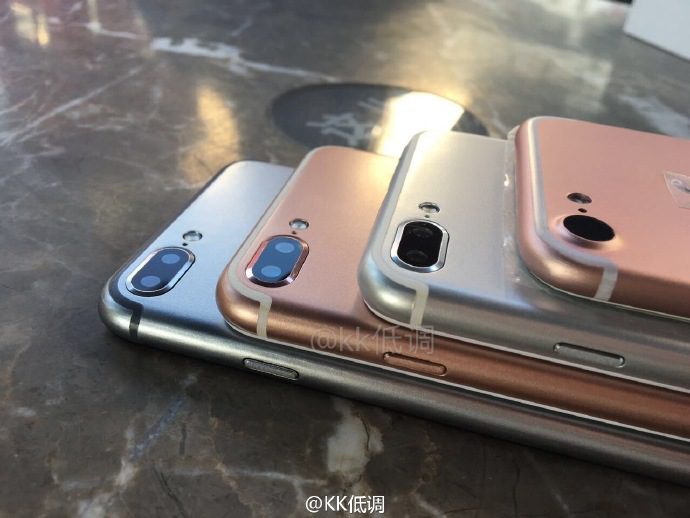 Rumors of an iPhone 7 dual camera option have recently been squashed. We’ll find out what Apple decides to bring its users on September 7

Many expect the device to ship with a much-improved camera compared to the current iPhone 6S. The larger sensor could offer more megapixels and lead to better photos. But more interesting on the larger “Plus”-sized model is the addition of a second rear camera for a new iPhone 7 “Pro.” The dual-camera setup would lead to even more detailed photos and, possibly, the inclusion of room-recognizing features (like what we’ve seen come to fruition in the Lenovo Phab 2 Pro).

But rumors of this have been quelled. Plans for an iPhone 7 Pro model have been reportedly been scrapped. Meaning we’ll likely see one camera design on both versions of the iPhone 7.

Apple teased iOS 10, the latest version of the operating system that runs the iPhone and iPad, earlier this year.

At Apple’s annual summer Worldwide Developers Conference (WWDC), the company showed off massive updates to its iMessage texting service, its Siri artificial assistant, its Photos app, the iPhone’s lockscreen, and lots more. With a vague “fall” release date for iOS 10, Apple never made clear when exactly the new operating system would come to our iDevices. But if past events are any indication, we could see iOS 10 be released near the end of the September 7 event, and it will be available on many older devices too — not just the new iPhones.

Apple revealed this summer that iMessage remains the company’s most used app on iOS devices, so a major revision is actually somewhat overdue — especially as alternative apps like Facebook Messenger, WhatsApp (also owned by Facebook), WeChat, Line, and others offer more functionality, including working the same when you send messages between Apple iPhones and Google Android devices.

Apple’s new iMessage on iOS 10 still requires sender and recipient to both be on Apple devices to get full functionality, but it is playing hard to catch-up. Take one useful new feature that I’ve tested in the beta version of iOS 10: link previews, meaning that when you paste a link to an article or video, you’ll be able to see a portion of it, or even watch the full videos from Youtube, Vine, Instagram, etc., right within your messages app.

iMessage will also now support Digital Touch, the protocol that allowed Apple Watch owners to send along their heartbeat and fluorescent sketches. There’s a new icon that appears when someone is composing one of these Digital Touch messages, too.

iMessage will now be able to work more closely with many other apps on your phone, too. From within the iMessage keyboard, you can add apps for stickers, purchase items from within iMessage, and more new options.

For the first time, you’ll be able to connect Siri to other, non-Apple apps. That means you’ll be able to ask Siri to open your favorite app, send cash to a friend over a payments app, even hail a ride through a car service app — all by using your voice. You’ll also be able to dictate a message in rival texting services, such as WhatsApp or Facebook Messenger, for example.

Apple will place a greater emphasis on smart home items in iOS 10. The company will give products that support HomeKit, Apple’s smart home protocol, a section in the Control Center view. By swiping up from the bottom no matter where you are in your iPhone, you’ll be able to swipe to the right and access controls to lights, curtains and more.

Other miscellaneous changes to Apple’s mobile software include the removal of slide to unlock, new emoji (including a controversial replacement of the handgun with a squirt gun), and visual changes to Apple Music. You can find the full range of iOS 10 updates here.

It’s been two years since the Apple Watch was announced back at the company’s September 2014 event. Now Cupertino is rumored to finally give its first major wearable device an upgrade.

According to a video dug up by MacRumors, the Apple Watch 2 will likely have the same rectangle-shaped screen as its predecessor, but it may be slightly thinner with a better battery. A faster processor and improved display are also likely.

In addition to hardware, current owners can look forward to features part of watchOS 3–including faster loading apps and making quick emergency calls.

While Apple’s mobile devices appear to be getting some significant upgrades, the actual product line that made the company famous —its computers— have languished in recent years.

There have been a few updates to the Mac desktop and Macbook laptop line in this time, they’ve mostly been internal speed upgrades, and major refreshes to the computers are probably not in the cards for tomorrow’s event.

According to Bloomberg, Apple is preparing an overhaul of its iMac desktop computer, Macbook Air laptop, Macbook Pro laptop, as well as a new stand-alone monitor with a 5K resolution display, but none of these are expected until late 2016 at the earliest.