The new Apple TV upgrades its features and performance while dropping the price. And we're here for it. 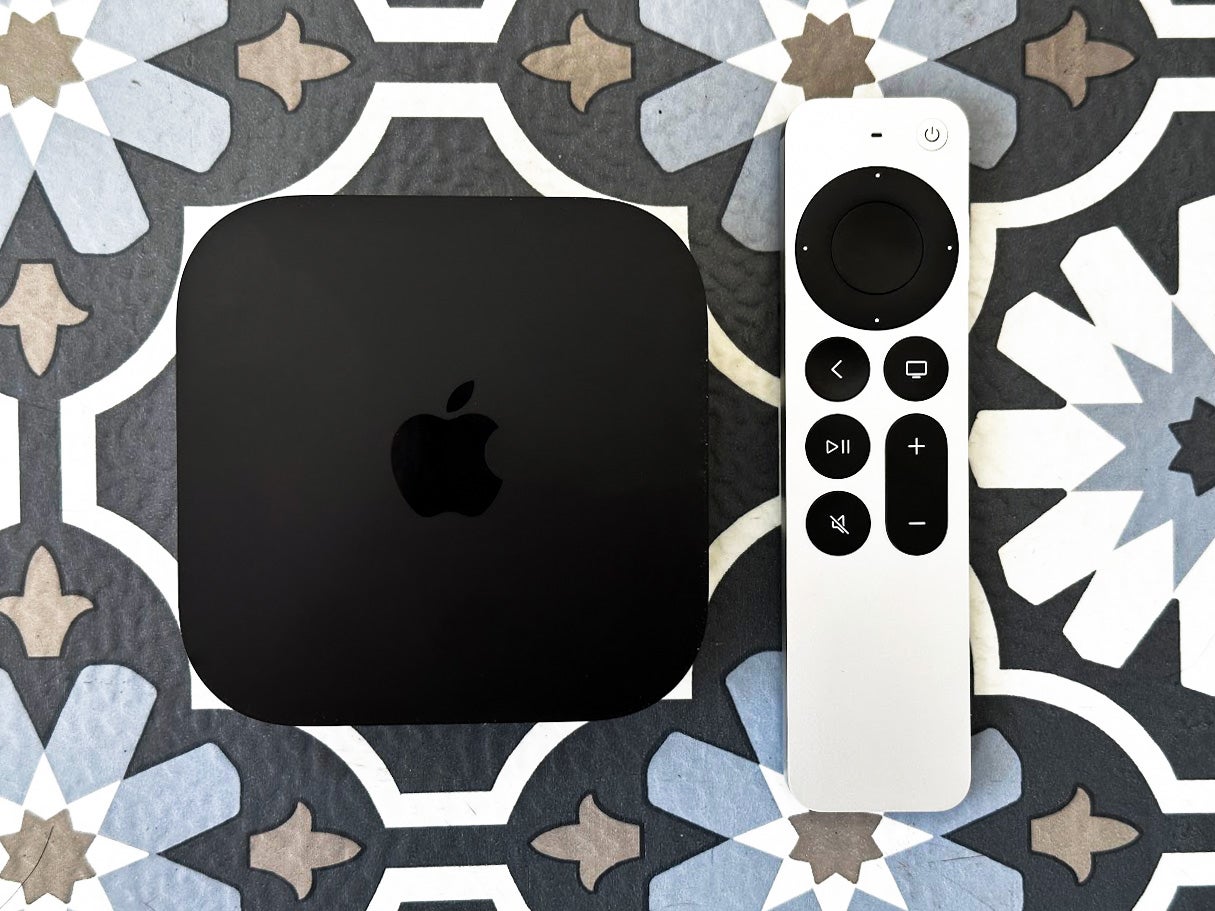 The remote has stayed the same, but the Apple TV itself has shrunk. Stan Horaczek
SHARE

I have used an older version of the Apple TV 4K as my main streaming device for years now. It has never been the most adaptable or feature-laden box on the market (and certainly not the cheapest), but it offers an excellent interface and the best possible integration with the Apple ecosystem. Now, the company has released the latest version of the Apple TV 4K, offering a considerable performance boost while shrinking both the box itself and its price tag. The Apple TV 4K (2022) still isn’t perfect—especially if you don’t keep an iPhone in your pocket at all times—but it’s a notable improvement on an already excellent device.

Crack open the Apple TV 4K (2022) case and you’ll find the A15 Bionic processor from last year’s iPhone 13. It’s a big step up in overall power and performance when compared to the previous model’s A12 Bionic.

At the same time, you’ll notice the entire thing is smaller and a lot lighter (just 208g for the Wi-Fi-only model). Modern Apple TVs have never taken up much space. The old model was only about the size of a squared-off McDonald’s McChicken sandwich and the new model shrinks it down even more. (The company would not allow me to expense a McChicken for a comparison photo.)

The size difference is because Apple has completely done away with any fans to provide active cooling. The new chip runs efficiently enough that simple passive cooling should suffice, even when streaming the highest-quality content or playing Apple Arcade games.

The old Apple TV only offered 32GB and 64GB storage options. Now, the base model starts at 64GB and goes up to 128GB on the high end. Perhaps the most important update comes in the form of the price. The 64GB base model comes in at $129, while the upgraded 128GB version is $149. Compared to the $179 price from before, both seem like a big discount.

Plug the Apple TV into an outlet. Grab an HDMI cable, put one end into the Apple TV and the other end into your TV, a soundbar with HDMI passthrough, an A/V receiver, etc., and you’re almost there. This is an Apple product and the setup process rewards you tremendously for having an iPhone. Simply holding a phone next to the Apple TV initiates a simple setup process during which Apple transfers everything to the new device. It sets up the Wi-Fi connection (supporting Wi-Fi 6) and reconfigures your apps on the homescreen. I expected it to be simple and it was.

It’s worth noting here that only the 128GB model offers an Ethernet port, so if you want to run the connection off of a hard wire, you’ll need to shell out the extra $20.

Don’t expect a major overhaul from the established Apple TV interface. There’s no real learning curve going from one device to another, which means it keeps most of its typical strengths and weaknesses.

This streaming box is great for users like me. I cast things from my iPhone 14 Pro, iPad Pro, and MacBook sometimes, but I mainly rely on major streaming apps like Netflix, Hulu, Peacock, and HBO Max (I probably should subscribe to fewer services). However, the Apple TV app can’t integrate every service in a complete way, which can be a little frustrating if you expect the platform to deliver on its efforts to unify your watching experience. You won’t necessarily find HBO Max content in the Apple TV app—you’ll have to go directly to the HBO app for that because it’s not as integrated as other services like Netflix.

It’s also not great for live TV options. For instance, you can’t simply ask Siri to fire up a specific network on your live TV service. And actually finding those channels requires knowing where they are rather than simply browsing some unifying menu. If you want to use a lot of live TV, you’re almost certainly better off with something like an Amazon Fire TV device or even a Roku.

Most streaming devices provide solid image quality at this point, but I think Apple TV 4K enjoys a slight advantage in terms of the overall fidelity of its 2160p, 60 fps playback. The new Apple TV 4K offers support for HDR10+, as well as the familiar Dolby Vision option already available in the 2021 model. That won’t make a huge difference for some users but will be relevant mostly for people with Samsung TVs (like our top QLED pick), as they’re the biggest HDR10 supporters.

When it comes to Apple Arcade games, the new Apple TV supports them without dropping frames or stuttering. Suppose you’re a big fan of Apple Arcade games. In that case, the extra processing power afforded by the most recent model will likely come in very handy, especially down the road as the titles get more resource intensive.

The previous Apple TV 4K already felt relatively snappy in most situations and that doesn’t change much here. If you’re upgrading from the older HD model, however, you will definitely notice a difference in just about everything.

Charging the Apple TV remote now requires a USB-C cable instead of the Lightning cable compatible with previous models. This will really feel like an upgrade once Apple switches the iPhone over to USB-C because then I can finally keep a single cable plugged in near the table next to my couch. Until everything is USB-C, it doesn’t really matter.

I would absolutely love more robust Find My support for the remote because it’s easier to lose than a competitive match of the latest “Call of Duty.” That’s not in the cards just yet, though. I may gaffer-tape an AirTag to the remote so it’s easier to find.

While I have been an Apple TV fan for years now, this is the easiest model yet to recommend. It’s still expensive compared to its competition, but the significant price drop makes that less of an issue.

If you primarily stick to major streaming services, the Apple TV 4K (2022) is a great device. Some of the shine wears off once you add live TV streaming into the mix. But, overall, it’s tremendously easy to set up, offers excellent image quality, and works seamlessly with other Apple devices. Plus, it opens the door to Apple Arcade games, which I think go overlooked. Fire up “Crossy Road Castle” on the big screen and tell me you’re not having fun. You can’t.