With Nymi Wristband, Your Heartbeat Unlocks Your Devices 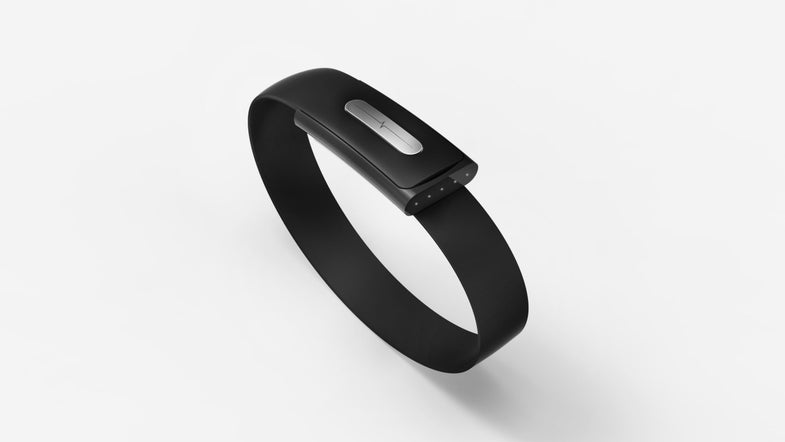 Here’s a twist on knowing thy heart. A startup is looking to manufacture a wristband that recognizes its wearer by his or her heartbeat. The wristband, called Nymi, then communicates with wearers’ other devices—laptops, tablets, smartphones—to unlock them when their owners pick them up.

The wristband isn’t ready for sale yet. Its creators, part of a small Toronto-based company called Bionym, are now taking pre-orders for $79. Bionym plans to ship Nymis in 2014. Once ready, the wristband will come with the ability to unlock PCs, Macs, and iPhone and Android phones and tablets, Karl Martin, Bionym’s CEO, tells Popular Science.

It’s not clear yet exactly how accurate Nymi (Martin pronounced it “NIM-mi”) will be, nor how convenient it will be to use. But it is a very cool combination of technologies: It not only IDs who’s wearing it by his or heartbeat, it also recognizes gestures and its distance from different electronic devices.

Here’s how it works. When wearers put the Nymi on, sensors in the wristband will take the person’s ECG. That’s the measurement that hospitals take when they measure people’s heartbeats. Although all healthy hearts make roughly the same spiky shapes in an ECG sensor, there are enough differences in the graph to tell different people apart, several years of research has found. 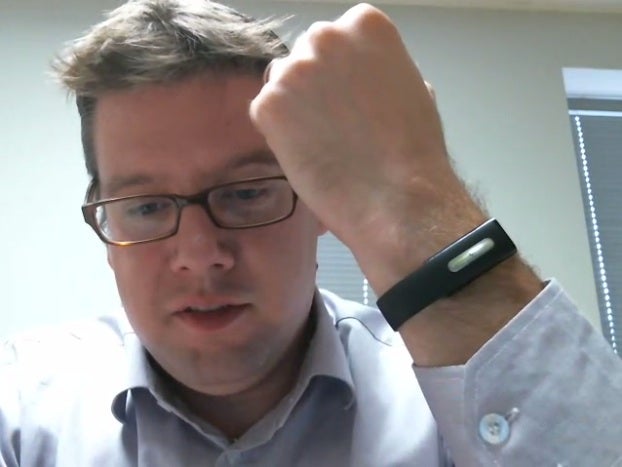 The Nymi takes its wearers’ heartbeat just once, when they put the wristband on. Then, as long as they wear the wristband, the Nymi is able to communicate with and unlock any devices with which it’s registered. If people take their Nymi off, it won’t work anymore until it takes another ECG measurement. That prevents others from being able to use a lost or stolen Nymi.

In the future, Martin and his colleagues are hoping other app developers will make programs that will let Nymi do more than what Bionym will build in. A video* Bionym produced shows some possibilities. Unlocking a car door with a gesture, unlocking a hotel room door, turning on the TV to the wearer’s last-watched program—those are all things Nymi will be prepared to do, given the right app.

“Anywhere I use a password or a PIN or even a physical key or a key card, these are all places where I’m providing my identity and I can provide it in a seamless way with Nymi,” Martin says.

Although I asked, I didn’t get to try the Nymi, see a live demo of it, or see it in its current, prototype form. Right now, the Nymi doesn’t look like it does in the video because Bionym is still developing it. The company didn’t want photos of it to get out that don’t reflect what it would look like in its final form, Martin says. He showed me a non-working model of what their final product will be like over Skype. The design is minimal–it’s just a black wristband with a button on top.

When I asked independent researchers if they had any concerns about Nymi, the one thing they brought up was that it’s not clear how accurate the wristband will be at identifying users. Bionym worked with the University of Toronto to test Nymi’s ECG-IDing accuracy in more than 1,000 people, Martin says. They’ve found Nymi is comparable to fingerprint recognition and more accurate than facial recognition. They will test its accuracy further this fall.

However, such results aren’t published yet in the peer-reviewed literature. What has been published indicates it’s “premature” to say an ECG identification scheme can compare to fingerprints and facial recognition, says Kevin Bowyer, the chair of the computer science department at the University of Notre Dame.

Bowyer does agree the product has potential for some yet-unimagined applications. “I haven’t seen this combination of heartbeat and gesture sensing and proximity sensing before,” he says. “There’s a chance someone will figure out something really interesting that you could do with this.”

*The preponderance of butt shots in this video confused me at first, but then I realized they were trying to show the wristband. Enjoy!